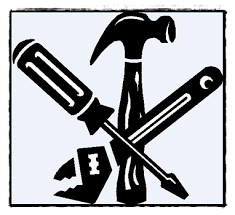 First time home buyers are sometimes tempted to purchase a property that needs some work. The price of a fixer-upper is less and if potential buyers are handy — or think they are — the opportunity to save money is enticing.

But, according to a recent article on the ValuePenguin website, buyers may end up spending more after renovations than they would have spent had they gone ahead and purchased a move-in ready home.

While a fixer-upper may have a lower purchase price than a comparable turnkey house ⁠— a property that needs no major improvements before you move in ⁠— the money that sometimes is needed to fix the house often exceeds expectations.

On average, those who responded to a national survey and bought turnkey houses said they spent $250,496.00, while those who purchased fixer-uppers bought their homes for $199,819.00. After renovations, those who stayed within budget spent an average of $246,891.00 in total. That’s not much of a savings. (Remember this is a national survey, not one based on Cape Cod home prices.)

Some renovation projects seem to be more budget unfriendly than others. Home buyers who needed to install a new HVAC  system, do major plumbing work, or make basement renovations were the most likely to spend more than they planned.

Not surprisingly, those fixer-upper homeowners who overspent were more likely to regret their purchase, than those who stayed within their renovation budgets, according to the article.

If you’re thinking about buying a fixer-upper, consider more than just the price. Be realistic about the costs of bringing the home to the condition you want and plan for the surprises you may encounter along the way. Also, be wary of friends who say they can help you with renovations. They may not know as much as they claim and might not be available when the time comes to actually do the work.

Our buyers and sellers guides for the fall are now available. Please visit our video website for more information. Thanks…

…and for those of you concerned about the status of the economy and whether now is the time to get involved in the real estate market, the chart below should be encouraging. 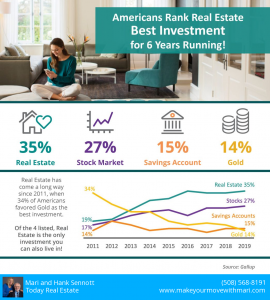