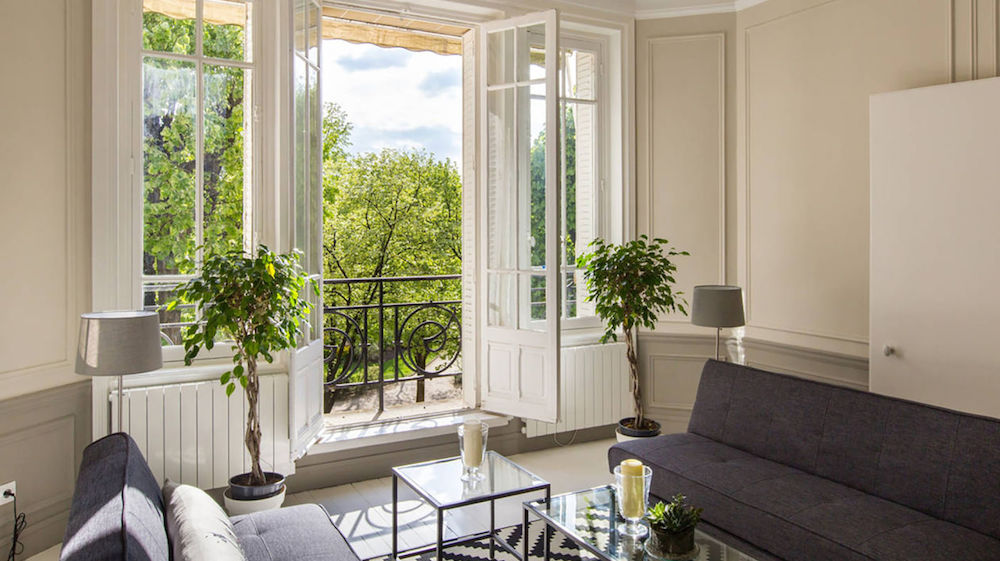 Marriott International Inc. is starting a new home-rental business, aiming to take on Airbnb Inc. and other home-sharing companies in one of the lodging industry’s hottest segments.

The Bethesda, Md.-based company could unveil details for the plan’s first phase as early as next month, according to people familiar with the matter.

Marriott is the world’s biggest hotel operator with about 1.3 million guest rooms globally, according to data tracker STR Inc. Now, the company is poised to be the first major hotel company to create a U.S. home-rental platform. It follows a pilot program in Europe and marks the next step in the company’s plans to go global with the business, these people said.

Marriott, which owns the Sheraton, W Hotels, and Ritz-Carlton brands, would allow home-rental guests to earn and redeem loyalty points as they do when booking a stay at any other Marriott property, said the people familiar with the program.

Other big U.S. hotel operators, including Hilton Worldwide Holdings Inc. and Hyatt Hotels Corp., also have been exploring or studying the home-rental business, some of the people said. Some hotel executives, who had long dismissed Airbnb and Expedia Group Inc.’s HomeAway as competitors, now believe they are growing in part at the expense of hotel companies, especially with leisure travelers and large families.

At the same time, Airbnb has been moving aggressively into the traditional hospitality business. Airbnb said last month it was acquiring Hotel Tonight Inc., a company that culls inventory from hotels and offers discounted rooms. It also recently invested in the Indian hotel-booking company Oyo Hotels & Homes.

Airbnb has the largest home-rental platform with nearly 5 million accommodations globally, according to data tracker AirDNA and based on listings with at least one booking in a month. Airbnb’s website puts the figure at more than 6 million, based on active listings.

The San Francisco startup is expected to pursue an initial public offering next year, bankers say, and some hotel-industry executives say that prospect is driving a convergence between home-rental companies and hotel operators. Airbnb is looking to diversify its offerings before going public, while hotel companies want a piece of the home-rental business before an IPO helps Airbnb solidify its position.

The promise of new competition in its core business comes as Airbnb already faces heightened scrutiny from city governments that say some Airbnb hosts have turned their homes into illegal hotels.

New York City passed a law last year that would have required Airbnb and other home-sharing services to disclose to the city detailed listing information, although a federal judge in Manhattan blocked it as too broad. Airbnb has said the law protected the hotel industry while trampling on hosts’ rights.

Marriott would have to abide by any other city restrictions on short-term rentals, but people familiar with the company’s thinking say executives decided the home-rental market was too big an opportunity to pass up.

“It’s clear that the home sharing phenomenon is here to stay, and hotel companies want to make sure they get their piece of this pie,” said Ryan Meliker, an industry professional who has worked as a hotel investor and a Wall Street lodging analyst.

Entering the home-sharing business isn’t without risk. The big hotel operators work primarily on management or franchise basis these days, licensing their brands to hotel owners. By offering apartment rentals, they risk alienating their hotel partners by creating new competition.

Maintaining the brands’ same fire and safety requirements in apartment buildings has been another challenge. Hotels often have stricter standards than many apartment buildings. Fire stairwells in some residential buildings are too narrow to meet the hotel operators code, which would eliminate certain buildings.

Marriott’s successful pilot rental program in Europe is expected to serve as a model for the U.S. initiative, say people familiar with the matter. The hotel company joined with Hostmaker, a London-based home-rental management company, to offer home-sharing stays at 340 properties in Paris, Rome, Lisbon and London. Marriott is working with one or more property management firms in the U.S., some of these people said.

Marriott found that guests tended to stay more than twice the typical hotel length, and the rentals appealed to customers who wanted more space and kitchen and laundry facilities. The European homes included a 24-hour support line and an in-person check-in at the property through Hostmaker, Marriott has said.

Other global hospitality brands have also dabbled in the home-rental business, but without much to show for it. Hyatt took a minority stake in onefinestay, a company that enables travelers to rent upscale private homes.

Accor, the giant Paris-based hotel company, acquired onefinestay in 2016 but noted in an October 2018 press release that the unit had turned in a “negative performance.” An Accor spokeswoman said the company is “continuing its work to turn onefinestay around, primarily through rationalization programs,” and that it was introducing new home collections.

Hyatt also took a stake in Oasis Collections and incorporated the home-rental firm’s listings into its distribution system and loyalty program. After the rental-management company Vacasa LLC bought Oasis last year, Hyatt said it was ending its affiliation with Oasis.

Airbnb, meanwhile, is courting business travelers. It developed a unit aimed at corporate travelers that Airbnb says has attracted 400,000 companies, and it is leading a $160 million funding round for Lyric, a luxury-rental startup that caters to business travelers by offering hotel services such as room cleaning and 24-hour customer support.

Referring to any new competitors in the apartment-rental business, Airbnb’s head of policy and communications Chris Lehane offered this: “We welcome them to the party and wish them bon voyage.”

Marriott’s foray into the home-rental business shows how far the hotel industry has come in recognizing the threat to its business from Airbnb.

Even with much of the hospitality industry now embracing the home-rental business, many key players remain ambivalent, including Hilton chief executive officer Chris Nassetta. “We really view home sharing as a different business,” he said in a statement, adding, “we may think differently in the future.”

—Konrad Putzier contributed to this article.