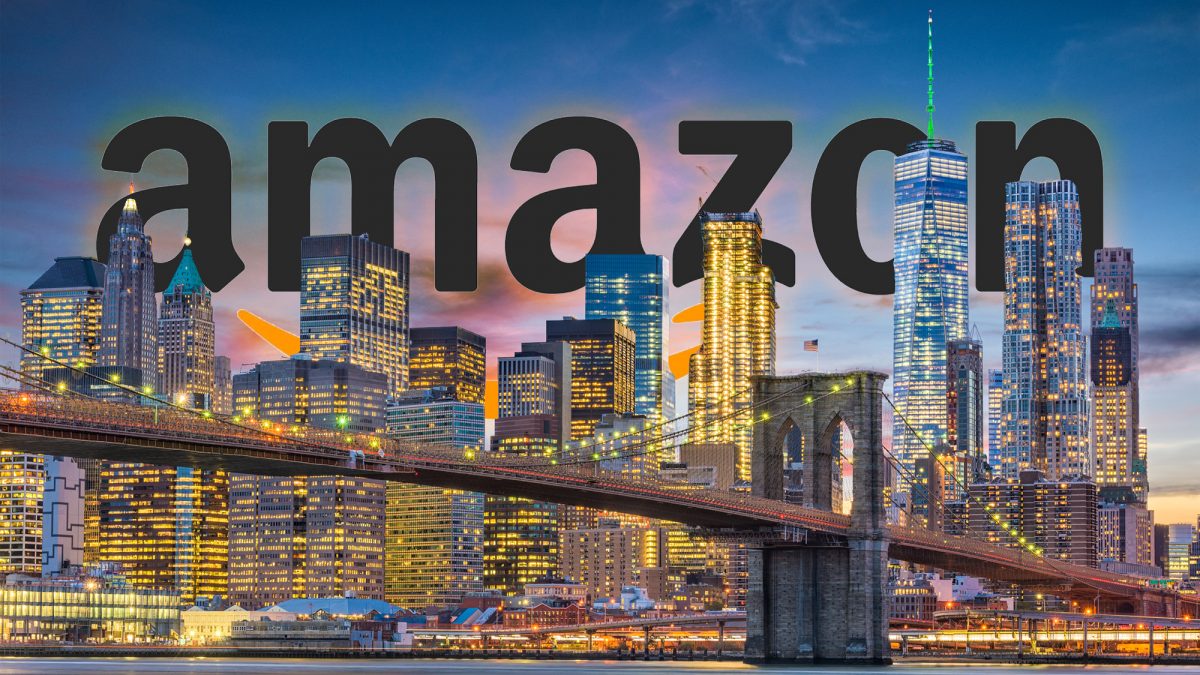 At first, Amazon was all in to open a new headquarters in New York City, which it announced in November. Then in February, the tech giant announced it was scrapping the plans, after facing local blowback for the tax incentives it had been promised. Now the company appears to be looking into expanding its presence in the Big Apple again.

Amazon has reportedly been shopping around for office space on Manhattan’s West Side, according to The New York Post. The company is taking another look at two skyscrapers, the recently built One Manhattan West and the nearly finished Two Manhattan West, near Pennsylvania Station. Amazon had been considering those towers before it chose Long Island City, a former industrial neighborhood in Queens, for its ill-fated headquarters.

“We don’t comment on rumors or speculation,” a company official said in response to questions from realtor.com®.

But even if the online retailing giant does expand its existing New York City workforce of 5,000 employees, it’s not likely to have as large an impact on the already expensive real estate market of Manhattan as it would have had on Long Island City.  It’s also unclear just how many new jobs the Seattle-based company would be thinking to add in the City That Never Sleeps.

“It’s not going to move the needle in Manhattan, the way it would have in Long Island City,” says New York City-based real estate appraiser Jonathan Miller. “It is not expected to have a significant impact on the Manhattan housing market.”

That’s because Manhattan is already filled with Fortune 500 company headquarters and outposts offering employees exorbitantly high compensation. Those workers, along with celebrities, socialites, and international investors, can support the country’s priciest housing market. Manhattan’s median list price is $1.45 million, according to realtor.com® data. That’s even more expensive than San Jose, CA, in the heart of Silicon Valley, where the median list price is roughly $950,000.

Meanwhile, Long Island City is still a growing community just across the East River from Manhattan. Yet it’s only a relative bargain, with a median list price of $1.04 million, due to all the sleek, luxury towers that have gone up on the water in recent years.

Long Island City “was essentially a clean slate,” says Miller. “Nothing like that had been proposed for that market.”

Amazon is reportedly looking for at least 100,000 square feet of office space, with room to grow, according to the Post. That’s nothing compared with the space it would have needed to house the up to 25,000 new employees the company had originally planned for the city. To put that into perspective, Google closed on an eight-story building with 325,000 square feet in the western Manhattan neighborhood of Chelsea in May.

But even if the tech behemoth does expand in Manhattan, Miller doesn’t expect prices to surge. Rents are likely to notch up a little—but not by much. He expects nominal increases at most, under 5%.

However, it could give the sales market a boost. Sales have stagnated recently thanks to tax changes that limit how much homeowners can deduct in mortgage income and property taxes.

Amazon is also going ahead with its plans to open a new headquarters outside Washington, DC, in the Arlington, VA, neighborhood of Crystal City.

The post Amazon May Be Expanding in NYC After All: What That Means for Real Estate appeared first on Real Estate News & Insights | realtor.com®.