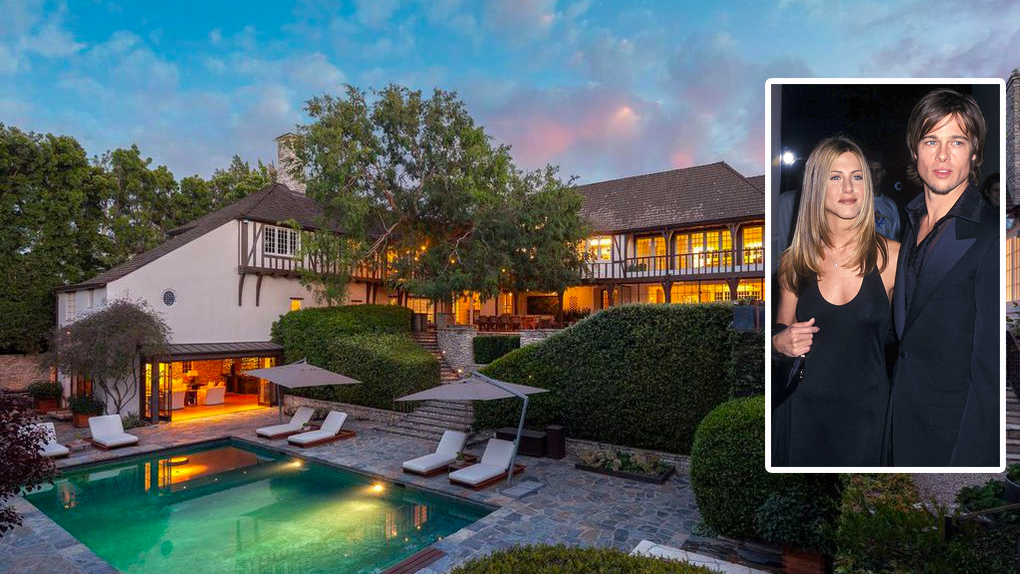 A glamorous estate in Beverly Hills once owned by Brad Pitt and Jennifer Aniston is up for sale. On the market for $49 million, it’s this week’s most expensive new listing on realtor.com®.

The home’s Hollywood history dates back to 1930s when it was built for the actor Fredric March, star of “Dr. Jekyll and Mr. Hyde.” Designed by the architect Wallace Neff, a major exponent of the California style, the “meticulously upgraded” space has “kept all the architectural integrity of a bygone era,” according to the listing details.

“It’s been extensively renovated on the inside, although the outside looks like it did in 1934,” says listing agent Susan Smith with Hilton & Hyland. Smith notes the price is set in the right range, citing the recent sale of Adam Levine’s $45 million Beverly Hills flip.

Purchased in 2001 by Aniston and Pitt, when they were a couple, for $12.5 million, the A-list duo set about a multiyear restoration of the property, while keeping the original floor plan intact. Updates completed by the celebs include the marble kitchen and a screening room that also doubles as a pub.

After their breakup, they sold the home in 2006 to hedge fund executive Jonathan Brooks, according to the Wall Street Journal.

Brooks reportedly paid $22.5 million for the place and continued the renovations, adding a tennis court and pavilion with a guest apartment.

With about 12,000 square feet of living space, the layout features five bedrooms en suite, including the master, 8.5 baths, and a private exercise room.

On the main floor, the formal dining room seats 20. Or you could have a seat at the eat-in custom gourmet kitchen, which features 200-year-old limestone floors and an Art Deco-era fireplace. The home theater from the Aniston-Pitt era features a bar and a 35mm screen that rises up from the floor.

A lower-level bar and lounge area opens out to the swimming pool. In addition, the newly built tennis court features a viewing pavilion and loft-style guest quarters.

The historic home isn’t made for a buyer in the market for a sleek contemporary spec house. But it is the perfect pad for someone who appreciates its storied past and architectural style. Smith says, “It’s definitely like a piece of art.”