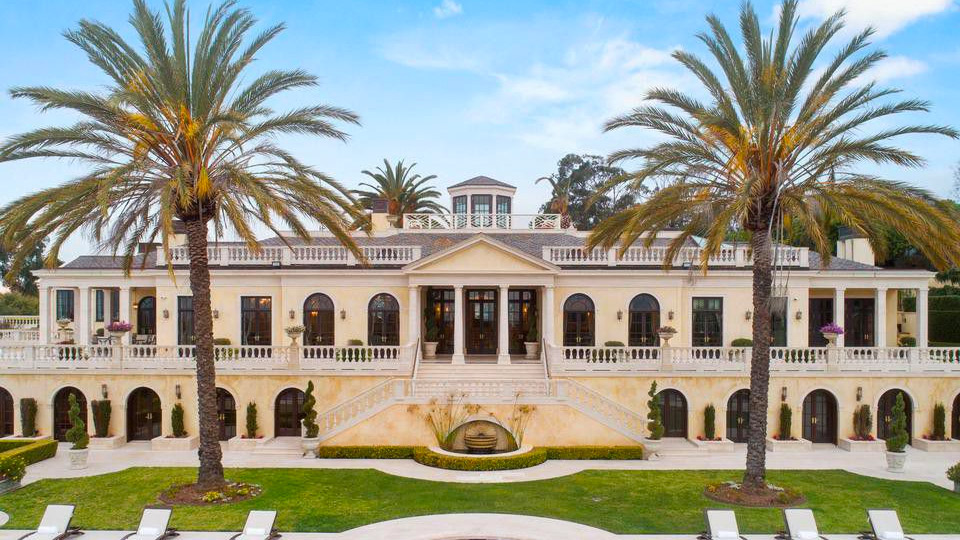 A coastal estate in Summerland, CA, with a polo field, helipad, and putting green is this week’s most expensive new listing on realtor.com®. It’s on the market for $65 million.

Completed in 2005, the equestrian compound known as Bella Vista Polo Ranch has an old-world ambiance.

“It was built in the style of Monticello,” says real estate agent Sabra Gandhi Sellers, who is co-listing the property with real estate agent Shawn Elliott. “One of the amazing features of the property is that virtually every room has an ocean view. Because of the way the coastline curves in that area, you can see both the sunset and the sunrise over the ocean from the property.”

The 43,000-square-foot estate situated on 20 acres right on the coastline is extremely rare, Sellers says.

The area is popular with the affluent and celebrities, including Oprah Winfrey and Ellen DeGeneres, who have homes here.

This mansion belongs to Patrick Nesbitt, founder and chairman of Windsor Capital Group, who is active in the polo scene, according to the Los Angeles Times. The estate was on the market in 2016—also for $65 million—and reappeared this week.

So grab a flute of bubbly and let’s tour the grounds.

Enter the main gate to a motor court and fountain. The front doors open to a gilded and columned grand entry. Just don’t get lost.

Like to entertain? Then make your way down to the lower level, with a 5,000-bottle wine cellar and tasting room, 20-seat home theater, gym, salon, sports bar, and disco. There’s also a rooftop deck with a barbecue, hot tub, and ocean views.

Hosting visitors won’t be a problem thanks to a guest wing and a separate guesthouse. Along with a four-car garage, exterior parking is available for 100 cars.

In addition to the main house, the property comes with a polo field and clubhouse, stables, horse trails, English- and Japanese-style gardens, a putting green, duck ponds, and a butterfly habitat. A 128-foot-long pool and pool house round out the offerings.

If all of that doesn’t satisfy you, there’s another bonus: You’re just a minute from the beach.

The post $65M Equestrian Estate With a Polo Field Is the Most Expensive New Listing appeared first on Real Estate News & Insights | realtor.com®. 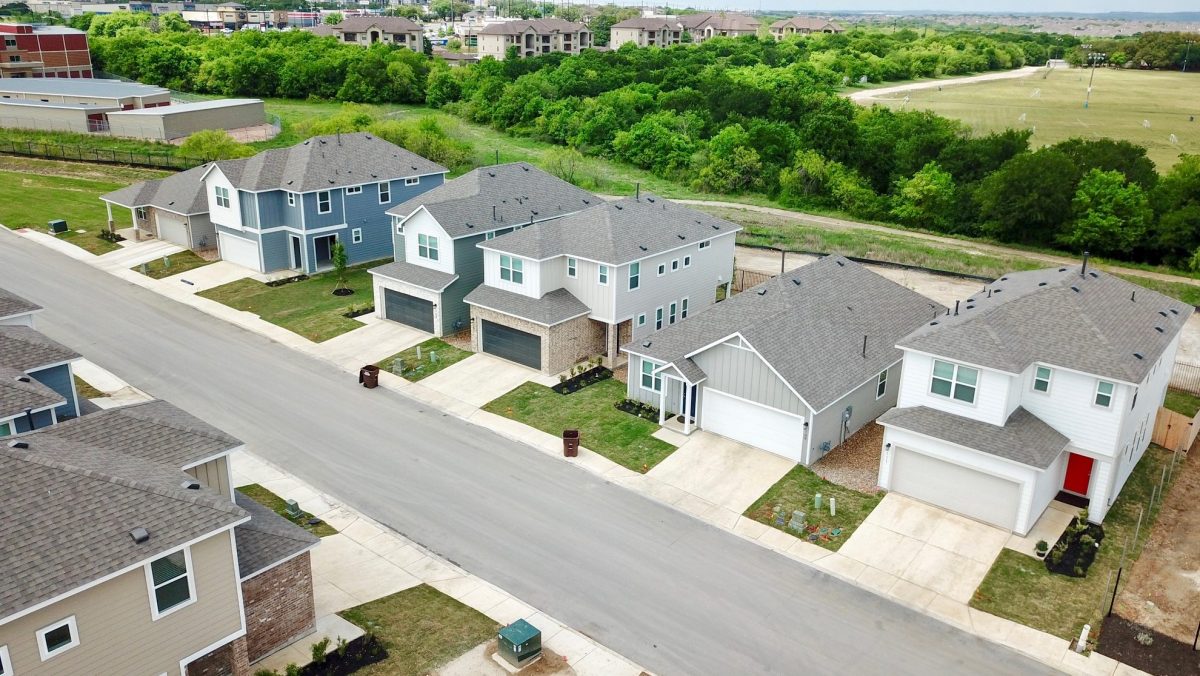 It was a lunch stop for burgers that changed Bonita and Bernie Styers’ idea of the American dream.

The couple, both in their 60s, felt that their 3,000-square-foot, Dallas-area house was too big for two empty nesters. They had considered buying a smaller house, but it was tough to find one for the right price in such an expensive market. That’s when Bonita spied a gated community of compact, cottage-style homes behind the parking lot of a fast-food restaurant.

“We feel like it’s our home, but we have a little bit of help taking care of it,” says Bonita, 62, a medical receptionist.

These master-planned communities are aimed at those who don’t want to deal with the maintenance of owning a home—but aren’t keen on living in an apartment either. And they’re gaining in popularity. That’s because more baby boomers are retiring and seeking a simpler life, as sky-high home prices are pushing many out of the market.

The Urban Institute reported in 2017 that single-family rentals—whether detached homes or townhouses—were the fastest-growing segment of the housing market.

Builders have taken note. The number of newly built, single-family rentals was up from 37,000 in 2017 to 43,000 in 2018, according to the National Association of Home Builders. They make up only about 4% of all single-family construction nationwide, but they’re expected to jump to 6% over the next few quarters, according to Robert Dietz, chief economist of the NAHB.

They’re going up predominantly in the suburbs of Southern states stretching from Arizona through Texas and into Florida and the Carolinas, says Rick Palacios Jr., director of research for John Burns Real Estate Consulting. There is more affordably priced land available in this part of the country, and the cheaper property means rents don’t have to be sky-high for builders to make ends meet.

“The stigma of renting has … gone away,” says Palacios, whose firm advises builders and developers nationally. “Fewer and fewer people think you need to own a home to make it.”

The perks of single-family rental communities

Audrey Kowalczyk, 58, and her sister, Sharon Kowalczyk, 68, are moving from Virginia to Christopher Todd Communities at Marley Park in Surprise, AZ. The security of the gated location and the lack of neighbors upstairs helped shape their decision. The sisters, who are both retired and share their rental home, also liked the idea of on-site maintenance.

“We are not too knowledgeable when it comes to anything needing repair,” Audrey says. “Maintenance is only one phone call away.”

Knowledgeable or not, many aging boomers are simply growing tired of the upkeep of their large houses. That’s certainly the case with Bonita Styers, whose husband travels frequently for his job as a vice president in charge of franchise sales for a hotel chain.

“We didn’t want to have to take care of a yard and a pool and all those things,” she says.

But residents of many of these new developments don’t have to give up those amenities for the rental life, either. Single-family rental neighborhoods frequently have features seen in a luxury condo or country club setting, such as pools, dog parks, and communal open areas. The homes often come with high ceilings and attractive landscaping. Plus, they’re brand-new.

“You get the best of both worlds,” says Mark Wolf, founder and CEO of AHV Communities, which has two rental communities in the San Antonio, TX, area. “We take the best apartment attributes and marry that with the best of single-family living.”

Where are these single-family rental communities popping up?

Many of these communities—between 100 to 250 homes on average—are popping up on the outskirts of town where there is enough land to hold an entire neighborhood. AHV’s next community is in suburban Katy, TX. It’s about 35 minutes west of downtown Houston.

Others are in areas with a more urban vibe. Many of these build-to-rent communities in the Phoenix region are in areas prized for their walkability, local schools, and close proximity to shops and restaurants.

But they’re usually located outside the priciest parts of the country.

Not every renter in these communities has thrown in the towel on eventual homeownership. Many just can’t afford to buy right now.

That may explain why they’re popular with older millennials, aged 28 to 38, according to Wolf of AHV Communities. About a third of AHV’s residents have children. That means many of them are juggling child care costs with student loan and car payments. That makes it hard to save for a down payment on a home.

“Saving for a down payment is a challenge, particularly when you have high expenses and limited income,” says Chief Economist Danielle Hale of realtor.com. “Entry-level jobs in particular tend to pay lower wages.”

The downside is that these folks aren’t building equity through homeownership. That means they’re missing out on any appreciation in the real estate market that could provide them with a nice chunk of change down the line. They also can’t borrow against their properties through low-interest home equity loans if they have any unexpected, hefty expenses.

Still, the appeal of these communities is hard to deny.

Audrey Kowalczyk, who is retired from AT&T, is also looking forward to a life not tethered down by her house.

“As active adults, we love to travel and this rental lifestyle makes that possible,” she says. “There is a new kind of life ahead, full of experiences, just waiting to happen.”

The post The Hottest Rentals Are Single-Family Homes, and Boomers Are Snapping Them Up appeared first on Real Estate News & Insights | realtor.com®. 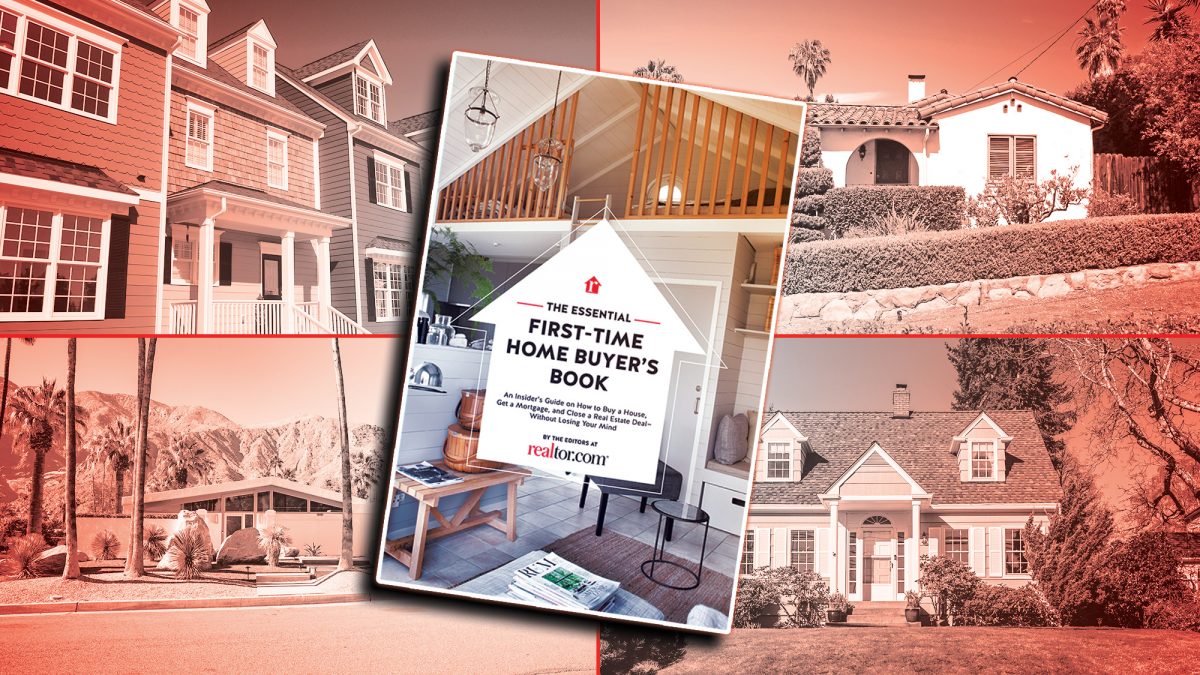 Are you a first-time home buyer or someone who’s purchased property before, but bungled it? Buying a house is a lot more complicated than buying a blender, guys. We’ve been offering newbies guidance on the home-buying process with confidence for years, and now we’ve gathered our best advice in “The Essential First-Time Home Buyer’s Book,” available now on Amazon!

Written by the realtor.com® editorial team, the book walks would-be homeowners through the entire home-buying process so they know what to expect, and how to buy their first home with ease. Home buyers will learn how to estimate the price they can really afford; the right questions to ask real estate agents, lenders, and other real estate professionals; how to negotiate with home sellers; and much more that’ll save money, time, and plenty of home-buying headaches.

Why home buyers need this book

This guide also dispels many common home-buying myths that can lead first-time home buyers astray. One such myth: Have you heard you need a 20% down payment to buy a house? Not true—certain home loans from lenders might require a down payment of only 3.5% (for FHA loans) or even 0% (for USDA loans).

And in addition to pointing buyers toward the right houses for them, this book also steers buyers away from the wrong homes, and coaches them on what not to say during negotiations (e.g., don’t gush, “This is my dream house!” in front of the seller or the seller’s agent, who now know you’ll pay top dollar).

And since the home-buying process is filled with its own lingo, we’ve included a glossary to help shed some light on these mysterious terms. What exactly is a half-bath? Or what’s the difference between mortgage pre-approval and pre-qualification, anyway?

The book has already received accolades from industry insiders and media personalities alike.

“‘The Essential First-Time Home Buyer’s Book’ should be in the hands of anyone even considering buying a home,” says Jennifer Farrell, TV host and real estate expert. “I’ve been buying and selling properties for nearly 25 years, and found the savvy tips on avoiding pitfalls and navigating through negotiations to be invaluable. How I wish I had this book when I was buying my first house!”

“If you only read one book about buying your first home, realtor.com’s ‘Essential First-Time Home Buyer’s Book’ is worth your time,” agrees Dolly Lenz, a New York City–based real estate broker who’s worked with Leonardo DiCaprio, Jennifer Lopez, Jeff Bezos, and others. “This book helps you avoid the costly mistakes many buyers make simply because they neglect to ask the right questions. After reading this, my only regret is that I didn’t write it myself. It’s that good.”