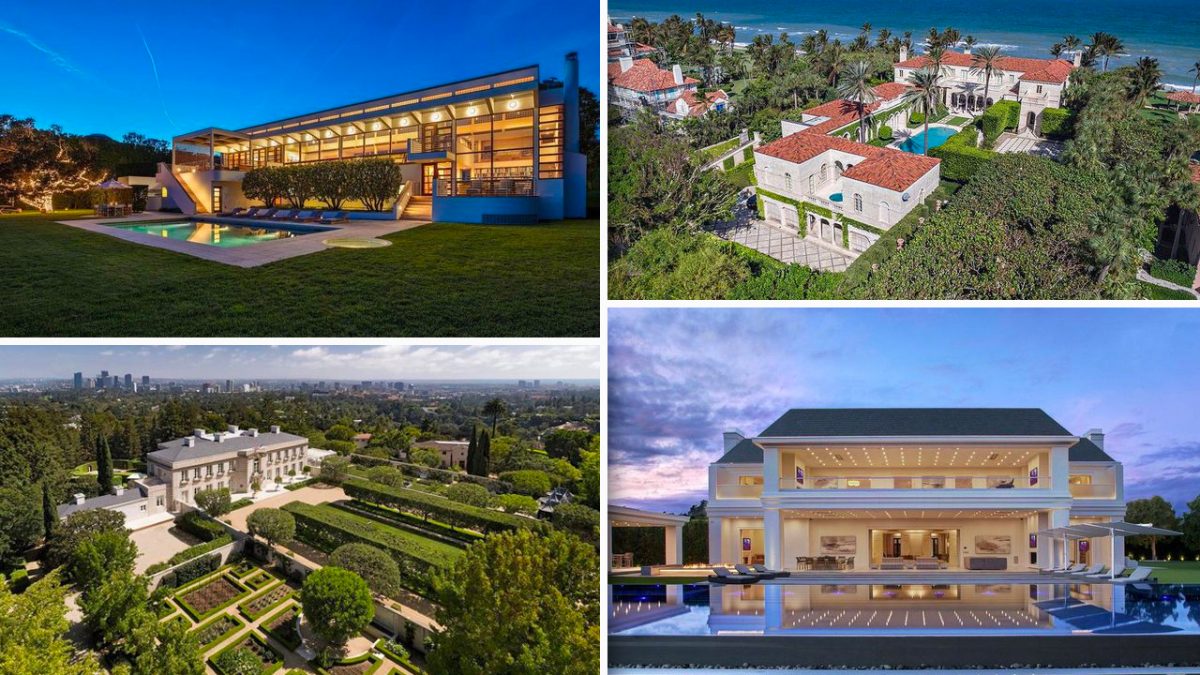 It’s a tough time to be an agent on a listing with a nine-digit asking price. Megamansions with price tags over $100 million haven’t exactly been setting the market aflame.

The Wall Street Journal recently reported on a glut of spec mansions in SoCal and even printed the dreaded b-word—as in bubble. Every home wants to be the one, the record-setter, the high achiever, but what happens when no one in your teeny-tiny pool of fabulously wealthy buyers wants to make the hundred-million-dollar leap?

We surveyed the landscape of the 10 priciest properties currently available in the United States and found that the prices of over half of them have had their prices cut in an attempt to goose a high-net-worth buyer into coughing up oodles of cash.

In fact, the most expensive home in the country had its price cut by 20% this week and still managed to come out on top in our tally of the priciest places.

For a full look at what’s available to buyers with limitless funds at their disposal, simply scroll on down …

Price: $195,000,000
Behind the Benjamins: This Bel Air mansion tops the list, despite this week’s 20% price cut. Known as the Chartwell Estate, the home of the late Univision CEO Jerry Perenchio made a splashy debut on the public market last November with a prodigious $245 million price tag.

Now $50 million cheaper, the property that served as the setting for “The Beverly Hillbillies” still awaits a buyer with a bottomless bank account. Will the price slice help move a buyer to make a record-breaking move? After all, back in 2017, Mansion Global reported that the massive 10-acre spread was available for an astronomical $350 million, but only if a buyer inquired. Stay tuned!

Price: $165,000,000
Behind the Benjamins: Located in the ultra-exclusive gated enclave of Beverly Park, this massive 9-acre compound comes with its own private street. The two-parcel lot holds a 20,000-square-foot main house, a 5,000-square foot guesthouse, and assorted other structures. Known as Villa Firenze, the property has been on the market for over a year with no tweaks to the asking price.

Price: $160,000,000
Behind the Benjamins: Formerly Spelling Manor and now marketed simply as “The Manor,” this 56,000-square foot behemoth has lingered on the market for nearly three years. It’s owned by Formula 1 heiress Petra Ecclestone, and the price on the iconic mansion was $200 million back in 2016. A price cut in June 2018 took the price down to $175 million, and another $15 million price slice last month brought it to its current ask.

Price: $150,000,000
Behind the Benjamins: We sense a running theme! This thoroughly modern Bel-Air mansion known as “Billionaire” has also had to scale back its big-dollar aspirations. Once the most expensive listing in the United States, the 38,000-square-foot home came to market in January 2017 with a massive $250 million price tag. At the time, the listing agent told us, “If you have the money, it’s worth every penny.”

The price was subsequently chopped down to $188 million in April 2018 and then cut to $150 million early this year. Now $100 million cheaper, the place must really be worth the big bucks.

Price: $137,500,000
Behind the Benjamins: Gemini has had a star-crossed time on the market. It was once the most expensive property in the country, with a list price of $195 million.

It’s since been surpassed by the megamansions of SoCal and had its price cut a couple of times. In early 2017, the price was chopped down to $165 million and reduced even further later that year to the current price. Close to Palm Beach, the 15-acre spread offers both ocean and lake frontage.

Price: $135,000,000
Behind the Benjamins: This spectacular spec mansion made its entrance on the market last summer, and the price hasn’t budged since. According to the Wall Street Journal, the home originally on the property was built to resemble Le Petit Trianon, Marie Antoinette’s private château in Versailles. Setting aside the troubling theme of unbridled excess, we do love the mansion’s indoor sports facility, with a sport court, cardio gym, and boxing ring.

Price: $125,000,000
Behind the Benjamins: This oceanfront estate owned by NBCUniversal Vice Chairman Ron Meyer landed on the market in January, and we’re still waiting for a buyer to float in. Designed by legendary architect Charles Gwathmey, the home hopes to break the Los Angeles County sale record set by a $110 million Malibu sale in early 2018.

Price: $120,000,000
Behind the Benjamins: Oh, how the mighty have fallen! Clichés aside, this gorgeous island compound was once the second-most expensive home in the entire country. At the time, it was on the market for a whopping $175 million. A year ago, the ask was cut by a whopping 31% to the present price.

Price: $110,000,000
Behind the Benjamins: A fairly new entry to the list, this 3,500-acre ranch near Santa Barbara sailed onto the market in late February. Known as El Rancho Tajiguas, the huge swath of acreage comes with two brand-new villas located on opposite ends of the property. For the billionaire on the go, each villa comes with its own helipad.

Price: $109,500,000
Behind the Benjamins: Sitting on a stretch of Palm Beach appropriately dubbed “Billionaires’ Row,” this mansion, known as Pietra Mare, came on the market in October 2018. It’s just a half-mile south of President Donald Trump’s Mar-a-Lago, and was marketed privately for a year at $105 million before going public with a slightly higher asking price.

The post Look at What a Few Billion Can Buy: The 10 Most Expensive Homes on the Market appeared first on Real Estate News & Insights | realtor.com®.