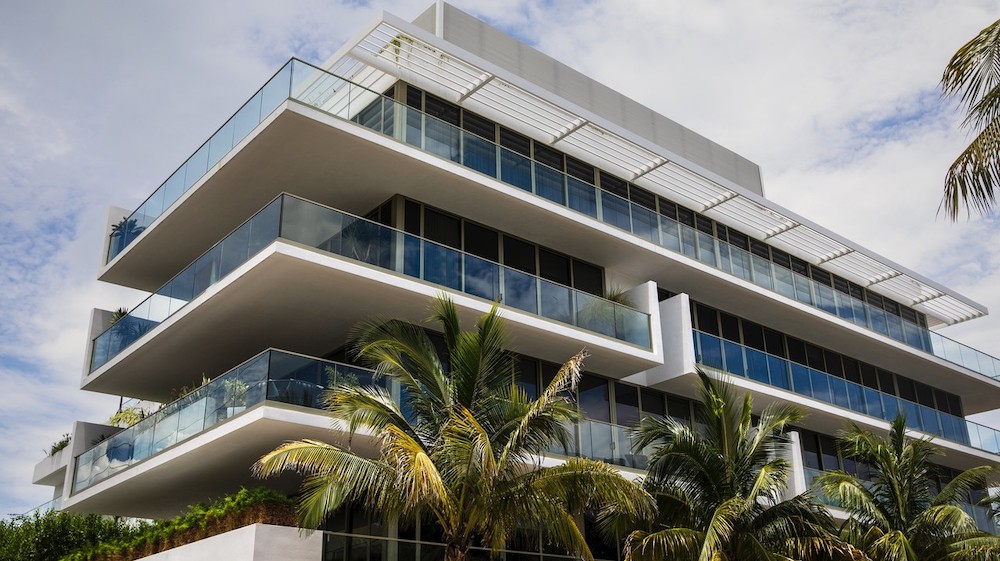 After being kidnapped seven years ago, Juerg Degenmann decided to move his family from Venezuela to Miami for increased security. Long a playground for Venezuelan elites, the Florida city seemed like a natural choice, especially since Mr. Degenmann already owned a vacation home there, and he had bought and sold several investment properties in the area.

He and his wife paid $1.85 million in 2013 for a waterfront townhome in Sunny Isles Beach with its own boat dock. He’d always done well with Miami investment properties, so he was unpleasantly surprised when he put the unit on the market for $1.9 million a year ago, and got no offers. Now he’s reduced the price to $1.495 million; it still hasn’t sold. “I will never get the money I paid for it,” he said. “The situation in Miami is tough.”

Miami’s high-end real-estate market has drastically slowed in the past several years, as the Latin American buyers who led a frenzy of postrecession purchases have all but disappeared. South American economies that were roaring in the early years of the decade, including Brazil, Argentina and Venezuela, are now facing severe economic distress, which has devalued their currencies and left purchasers from those countries with far less buying power in the U.S.

At the same time, new condos launched just as the owners of older units looked to cash out. There were 691 condo sales in Miami Beach in the first quarter of 2019, down 24 percent from 909 in the first quarter of 2015. During the same period, single family homes sales dropped to 81 from 117. The threat of climate change has had some impact on Miami home buyers’ decisions. A 2018 study showed that the value of single-family homes near sea level in Miami-Dade County rose more slowly than that of homes at higher elevations. But agents said a greater threat to the high-end market is inventory buildup.

Sellers are hoping wealthy buyers from high-tax states like New York and California, will fill the void. But so far, domestic buyers haven’t offset the loss of international capital, say agents.

“There’s been a lot written about New Yorkers flocking to Miami,” said real-estate agent Mark Zilbert. “They’re flocking here and looking, but not necessarily buying anything.”

Miami’s high-end real-estate market, more so than that of other major U.S. cities, is dependent on out-of-town buyers, especially foreign nationals. The Miami metropolitan area, home to about 6.1 million people, has been a magnet for Latin Americans, starting with Cuban refugees in the late 1950s.

“For Latin American people, Miami is like a hub,” said Giannina Gonnet, 44, who moved to Miami 10 years ago from her native Uruguay.

In the early 2000s, as the city shifted from a low-rise beach town into a hotbed of condo development, buyers from Latin America bought up condos in cash, viewing Miami real estate as a safe haven for their savings. The market imploded after the 2008 real-estate crash, but Latin American buyers returned as the market recovered, joined by European and American buyers.

“In 2011 to 2013, everybody in Europe and Latin America was looking in Miami to buy a second home,” said Ms. Gonnet, who bought several investment condos during that time period.

The decrease in demand collided with a wave of new-development condos coming on to the market, especially in markets like Brickell and Sunny Isles Beach. Roughly 20,000 new construction units have been built or planned in the Miami area since the last downturn, according to the ISG World 2019 Miami report.

Meanwhile, a strong dollar incentivizes international buyers to sell the units they already own, even at below-market prices. The result is a glut of condos for sale, both new and resale. In December 2018, there were 3,663 condo listings for sale in the greater downtown Miami area—more than double the 1,591 for sale in December of 2013, according to an Integra Realty Resources report. Sunny Isles, where new buildings include the 53-story Jade Signature, the Porsche Design Tower and the Turnberry Ocean Club, is estimated to have about 17 years of inventory of condos priced at $5 million and up.

With so many options, buyers feel no urgency, said Mr. Zilbert. “The compelling drive to buy buy buy has disappeared,” he said. “It used to be I could list anything and I’d have five to 10 showings a week. In some cases, I’m getting one showing a month.”

Buyers have their choice of units and can negotiate discounts. Wanda Bell, a Toronto-area native, closed a few months ago on a three-bedroom condo at Merrick Manor, a new construction building in Coral Gables. She was able to negotiate “a very good deal,” paying $819,990 for roughly 1,200 square feet with a terrace. It had been priced at $839,990. The building has sold about 65% of its 227 units since presales started in 2013.

Ms. Gonnet said she searched for three years before settling on Brickell Flatiron, where she is in contract to buy two units. “I had a lot of options to evaluate,” she said.

Faced with the slowdown, a number of condo projects have been canceled or put on hold. “The worst thing we can do is put additional pressure on the market,” said developer Edgardo Defortuna of Fortune International Group. He’s postponing construction on some company projects, including one in Sunny Isles Beach where condo sales were due to start last year.

Other developers are working to lure more domestic buyers. The sales team at Paramount Miami Worldcenter is planning two to three sales trips a month to the northeast, Paramount developer Daniel Kodsi said; two years ago, those trips were to Latin America and other countries.

Northeasterners and others buying today in Miami tend to be the ultrawealthy, according to real-estate appraiser Jonathan Miller. Many are eschewing condos for large houses, which they believe offer better value in Miami than they would up north.

High-end houses that had been on the market for years are being sold, albeit at reduced prices. In March, Steven Lempera, former president of Illinois-based Future Environmental, paid $25.5 million at auction for a Coral Gables estate that had been listed for $68 million. In June, former Formula One driver and developer Eddie Irvine sold a Hibiscus Island mansion in Miami Beach for $27.75 million that had been listed for $30 million in 2016. Earlier this year, a new Miami record was set when a mansion on Indian Creek Island sold for just under $50 million to an undisclosed buyer.

The post In Miami, There Are Too Many Condos and Not Enough Foreign Buyers appeared first on Real Estate News & Insights | realtor.com®.