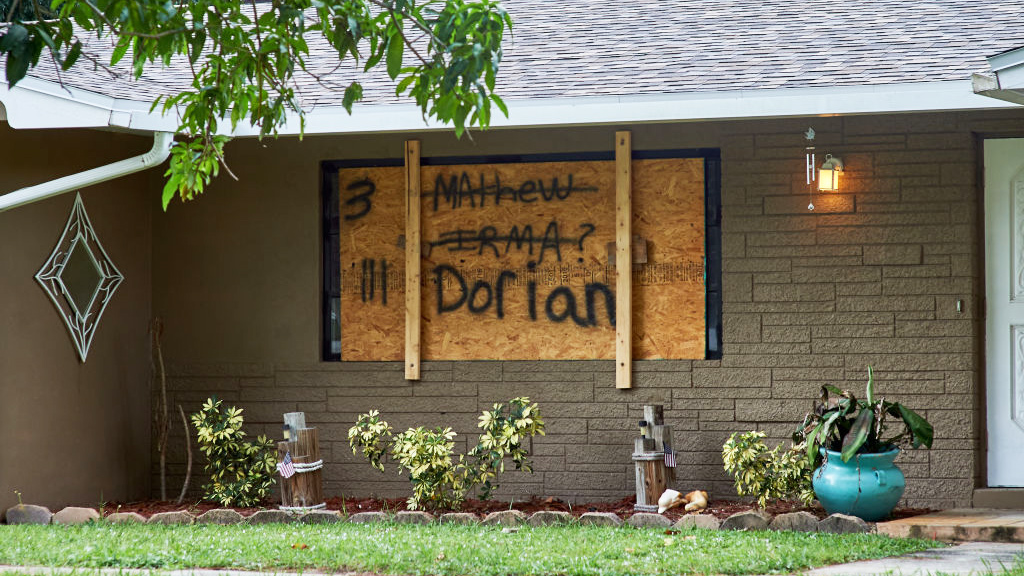 President Donald Trump is among the millions of Florida homeowners whose properties could be devastated by Hurricane Dorian at the close of Labor Day weekend. The storm is expected to become a Category 4 hurricane, with wind speeds up to 156 mph, when it touches down in Florida late Monday or early Tuesday.

The president and the Trump Organization own at least nine Southern Florida properties that sit directly on the path that Dorian is predicted to take, according to CNN. That includes his famed Mar-a-Lago resort in Palm Beach, which Trump has sometimes called the “Winter White House.”

More than 970,000 homes on the east coast of the state could be vulnerable to a storm surge, according to a recent report from real estate data firm CoreLogic. In a worst-case scenario, it could cost approximately $206 billion to rebuild all of the single-family and multifamily homes such as condos and apartments destroyed by the disaster.

“Dorian is likely to remain an extremely dangerous hurricane while it moves near the northwestern Bahamas and approaches the Florida Peninsula through the weekend,” the National Hurricane Center said.

CoreLogic’s estimates are based on the 5 p.m. Thursday forecast from the National Hurricane Center. Forecasts are just that—and often change as hurricanes change paths and sizes and lessen or worsen in intensity.

“A lot can change between now and then,” says Daniel Betten, a principal scientist at CoreLogic. “It’s possible, but not likely, the storm could recurve into the Carolinas or miss Florida and curve into the ocean.”

That means if Dorian weakens and hits Florida only as a Category 1 storm, fewer than 120,000 homes could potentially be affected if it follows its current path. But if it intensifies and reaches a cataclysmic Category 5 status, nearly 1.3 million homes could be damaged or leveled by the storm.

“In the short-term, we are likely to see disruption to home sales and construction, along with a decline in tourism and hotel demand, a major contributor to the state’s economy,” realtor.com®’s Senior Economist George Ratiu said in a statement.

Where the hurricane touches down also matters.

“If the hurricane hits West Palm Beach or south [of it], the losses will be significantly higher because it’s much more densely populated,” says Betten. But “a good portion of the eastern Florida coast can expect to see at least tropical-force winds.”

Florida authorities declared a state of emergency on Wednesday in preparation for the hurricane.

“Be prepared and please follow State and Federal instructions, it will be a very big Hurricane, perhaps one of the biggest!” Trump tweeted on Thursday morning.

In addition to Mar-a-Lago, other Trump-related properties that could be affected in Florida include Trump Towers, a condo complex in Sunny Isles Beach; Trump National Doral Miami, a golf resort; Trump National Golf Club, in Jupiter; Trump International Golf Club, in West Palm Beach; Trump Hollywood, a condo and rental tower in Hollywood Beach; and Trump Grande, a condo, hotel, and resort project in Sunny Isles Beach, according to CNN. He also has two private homes in West Palm Beach.