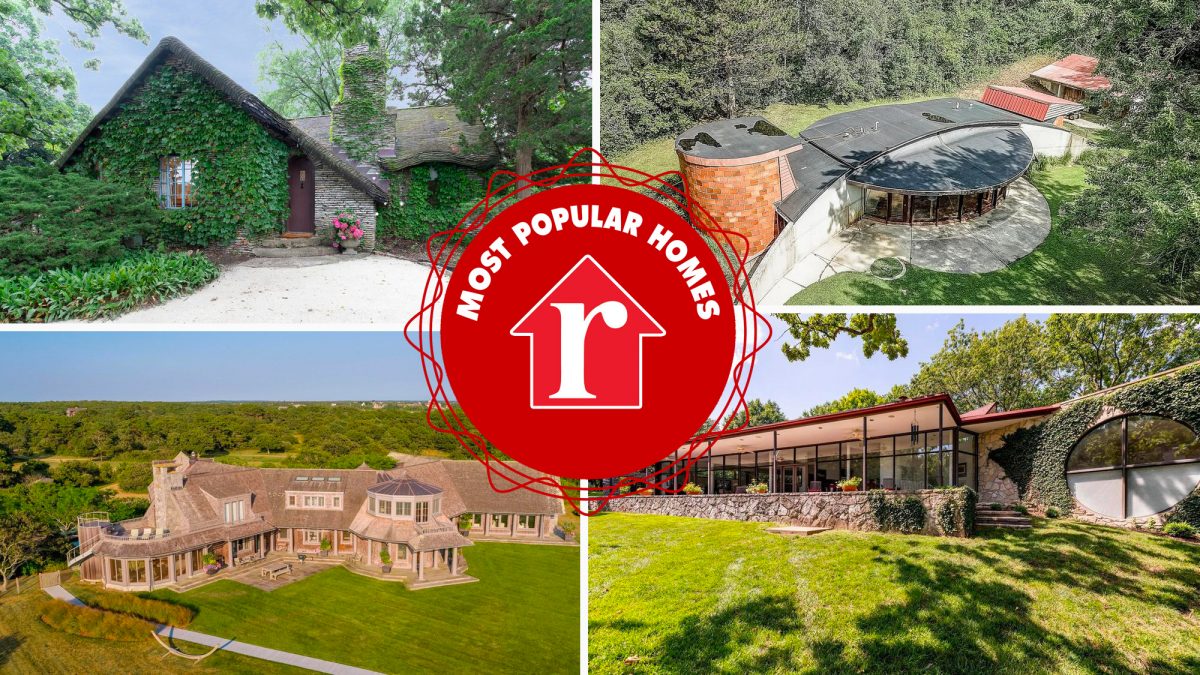 Barack and Michelle Obama, the former president and first lady, have decided to put down roots in Martha’s Vineyard, reportedly spending nearly $15 million on a chic Massachusetts waterfront estate. The mansion in question had great poll numbers and crushed all other candidates to claim the title of most popular home on realtor.com® this week.

The former first family are no strangers to the island and have vacationed there for years. After renting the compound over the summer, they decided to stay a little … longer. Of course, curious citizens want to see where the former leader of the free world will be resting his head. Clicks followed, and it was a landslide in favor of this marvelous 29-acre spread.

Apart from the Obamas’ future residence, you were busy clicking on a farmhouse featured on season 3 of “Fixer Upper,” a historic Mississippi home resembling a gingerbread house, and the Texas childhood home of the late “Charlie’s Angels” bombshell Farrah Fawcett.

While we cue up “Hail to the Chief,” take a full look at all of this week’s most popular homes by scrolling on down…

Why it’s here: Built in 1978 as a celebration of the outdoors by the well-known architect Bill Bowersox, this modern home sits on a handpicked, nearly 3-acre lot on the bluffs of the Mississippi River. The four-bedroom home was created to take full advantage of views of the surrounding acreage and abundant wildlife. Building materials—including glass, limestone and redwood siding—were sourced from the surrounding area, to create a home in harmony with its location.

Why it’s here: This historic home was originally built in 1869, but had a total renovation over the past couple of years. Now, the four-bedroom home is a modern, open-concept family home with wood floors, several fireplaces, and high ceilings. It sits on a 5-acre lot with plenty of room to expand.

Why it’s here: This bungalow from 1926 in Atwater Village has been fully remodeled, with all-new infrastructure, doors, molding, hardwood floors, and windows. The two-bedroom main house offers more than 1,100 square feet. There’s also a garage studio on the property with a full bathroom and kitchenette. Airbnb, anyone?

Why it’s here: This lovely, light-filled three-bedroom home is hiding a backyard surprise—a pool with a rock waterfall, bar, outdoor living space, and deck! Inside, the move-in ready home has upgraded moldings and wainscoting, hardwood floors, and an updated kitchen.

Why it’s here: From the outside, this French Gothic-style home, bult in 1857, looks as if it’s straight out of a gingerbread fairy tale. Known as Cedarhurst, the five-bedroom home reportedly once served as the headquarters for a Confederate general. It’s been in the same family for 117 years, and the next buyer will become only the third family to live there.

Why it’s here: This cute little green house was the childhood home of Farrah Fawcett. The modest three-bedroom home has drawn tons of attention—and not just from lookie-loos. After just over a month on the market, the well-pedigreed home is pending sale.

Why it’s here: Can you rescue this classic? This custom home was built in 1969 and is defined by the elegant curved lines of the home’s exterior. Each end of the home was built with a circular bedroom and walls made of large bricks, which were reclaimed from a silo in northern Wisconsin. It’s being sold as is, with the option to purchase an adjoining vacant, 2-acre lot for $98,000.

Why it’s here: Chip and Joanna Gaines fan alert! This farmhouse was featured on season 3 of “Fixer Upper” on HGTV and is being sold with up to 100 adjoining acres of farm land. The listing says the made-for-TV renovation cost nearly $250,000 and includes a custom kitchen with copper apron-front sink and a mudroom with washing sink.

Why it’s here: Storybook heaven! This home from 1939 looks as if it came right out of the pages of a fairy tale. While the exterior has been relatively untouched since it was built, the interior reveals a modern, stylish abode, which was recently remodeled. Upgrades in place include vaulted ceilings, a custom fireplace, built-ins, antique finishes, and a bathroom remodel that includes Carrara marble and a custom shower.

Why it’s here: Secure the perimeter! The Obamas have purchased this 29-acre Martha’s Vineyard estate on the Edgartown Great Pond. The seven-bedroom home might require a bit of a refresh, but the endless water and lush green views are hard to beat.

Most important for an ex-president who requires a round-the-clock security detail? At least two other homes can be built on the acreage, making this a perfect place to construct a secure compound that can last the former first family for decades to come.

The post No Debate! The Obamas’ Martha’s Vineyard Estate Is This Week’s Most Popular Home appeared first on Real Estate News & Insights | realtor.com®.