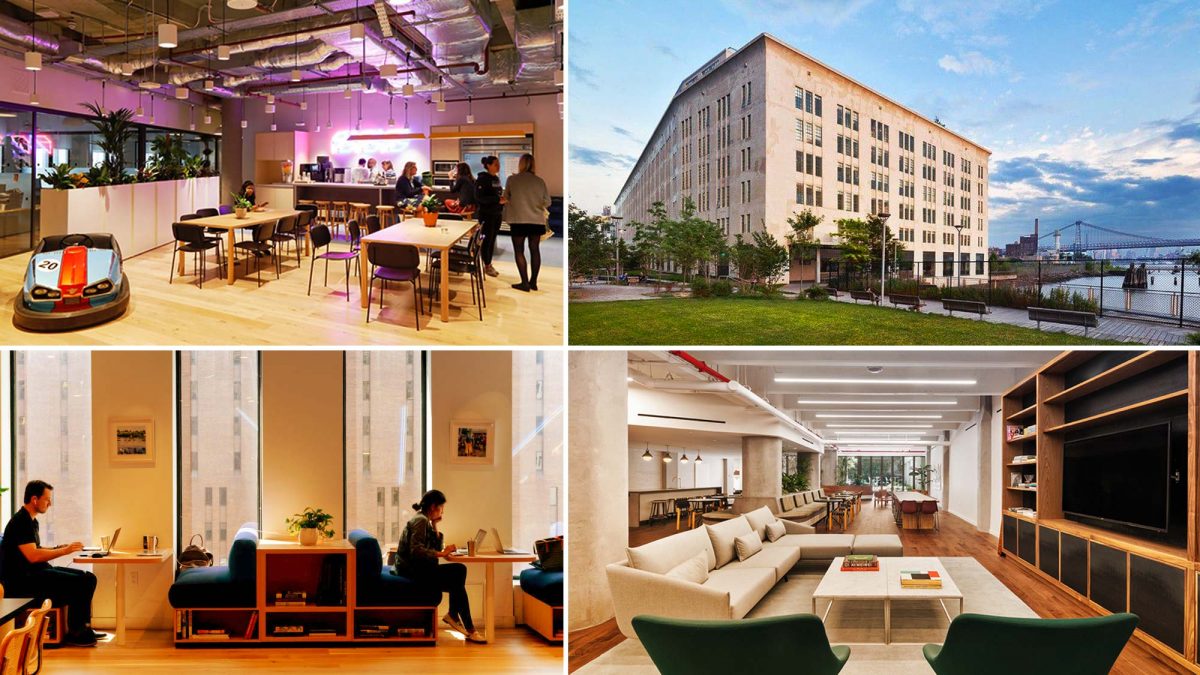 For many people, WeWork has become synonymous with coworking, the trend it helped popularize: allowing people to work remotely while sharing a well-designed office space with other digitally connected professionals. But lately WeWork has become synonymous with other things, too: an IPO attempt that crashed and burned, an eccentric and ousted CEO, charges of corporate malfeasance. Yikes! But get past the headline news and you can see that the seismic shift in the relationship between work and the office can’t be stopped. Coworking is here to stay—and housing is evolving to fill that need.

In a bid to lure the kind of young, well-educated, relatively high-earning residents who are most likely to do remote work, developers are increasingly offering coworking space as a residential amenity. They’re integrating conference rooms, lounge areas, and lightning-fast Wi-Fi into their new condo and rental buildings, and even going back to previously built ones to add those amenities.

“The percentage of people that work in the office 40 hours a week is dwindling—and that means they need a network of locations to get their work done,” says Julie Whelan, head of occupier research for commercial real estate firm CBRE. Her company predicts that “flex space,” which includes coworking companies like WeWork and Industrious, could account for as much as 20% of total U.S. office space by 2030.

As Whelan says, today’s workers often need a “third place of work”—in addition to the office and their living space. From 2005 to 2015, the number of U.S. workers who did at least 50% of their work either at home or at some location other than their office grew by 115%, according to the 2017 State of Telecommuting in the U.S. Employee Workforce report.

So why not have a place that straddles living spaces and work spaces?

“I didn’t want to always work at coffee shops and pay a monthly fee to rent a space elsewhere, so it was nice just to have a coworking space right in the building,” says Katie Nguyen, a freelance creative consultant who chose to live in The Sinclair apartments in Chicago in part because it has a designated working space for residents.

Striking a balance between home and office

Younger home buyers tend to be the group most drawn to coworking spaces, so more developers of multifamily buildings are designing these areas specifically to win them over, says real estate agent Russel Volk of Re/Max Elite in Huntingdon Valley, PA, who specializes in new construction.

Example: One new condominium building in Brooklyn, 111 Montgomery, was designed specifically for millennials and others who work remotely. The amenities, exclusively for residents, include a coworking lounge with phone booths, conference areas, and spaces for both quiet and collaborative work. The building is expected to be open for move-in during the first quarter of 2020, with units ranging from $499,900 for a studio and up to $1.2 million for a three-bedroom unit.

Christine Blackburn, a sales team member at LIVWRK and CIM Group, which developed the property, says one buyer previously “used an outside coworking space to purely meet with clients maybe twice a month, and now they can do that within the building.”

The building’s space is thoughtfully designed, she says, pointing to the upscale furniture and floor-to-ceiling windows in the coworking lounge.

“We hit a nice middle ground where it’s cozy and comfortable but also functional,” she says.

A rental building at 33 Bond St. in Brooklyn also offers state-of-the-art coworking spaces that are integrated into the building’s common areas.

“We noticed a growing number of our residents are working from home, and we responded to that trend,” says Zoe Elghanayan, vice president and principal at TF Cornerstone. The real estate developer has created similar working spaces, which it dubs HomeWork, in other buildings as well.The coworking space is open 24/7; there’s booth seating as well as communal worktables with built-in power, and a terrace with a solar-powered worktable.

Although tech-forward big cities are at the forefront of this trend, coworking-enabled buildings are cropping up in other cities as well. In Augusta, GA, Gateway Crossing boasts an internet cafe–style business center with communal worktables, armchairs, and personal desks with individual lighting.

Some buildings are even partnering with established external coworking brands. A new luxury high-rise, Two Light, in downtown Kansas City, MO, includes Spark Coworking on its first floor. The facility has 15,000 square feet of mixed-use workspace, including open tables, private desks, meeting rooms, and lounge areas. Rents range from $1,499 to $6,025.

Jeremiah Haley, an electrical engineer, moved to 200 Squared in Chicago last year largely because of the building’s dedicated work area. He used to work mostly from home, but now sets up in the coworking space almost every day.

“I love the convenience and availability,” he says. “I’m able to focus completely without distraction, in comparison to being in my apartment where I have the television and other distractions.”

Not only have developers begun to include tech-enabled workspaces within common areas in most new properties, many owners are now upgrading or adding these spaces to older buildings as well.

For Nguyen, the freelance creative consultant, her Chicago building’s coworking space has changed her life for the better.

“They have all the essentials: reliable Wi-Fi, access to power from all workspaces, and just overall comfort. No Wi-Fi dropping out, no searching for tables,” she says.

And as a dog owner, she finds it also convenient to be in the same building as her apartment.

“It’s just a matter of hopping back upstairs and letting the dog out, then getting right back to work,” she says.