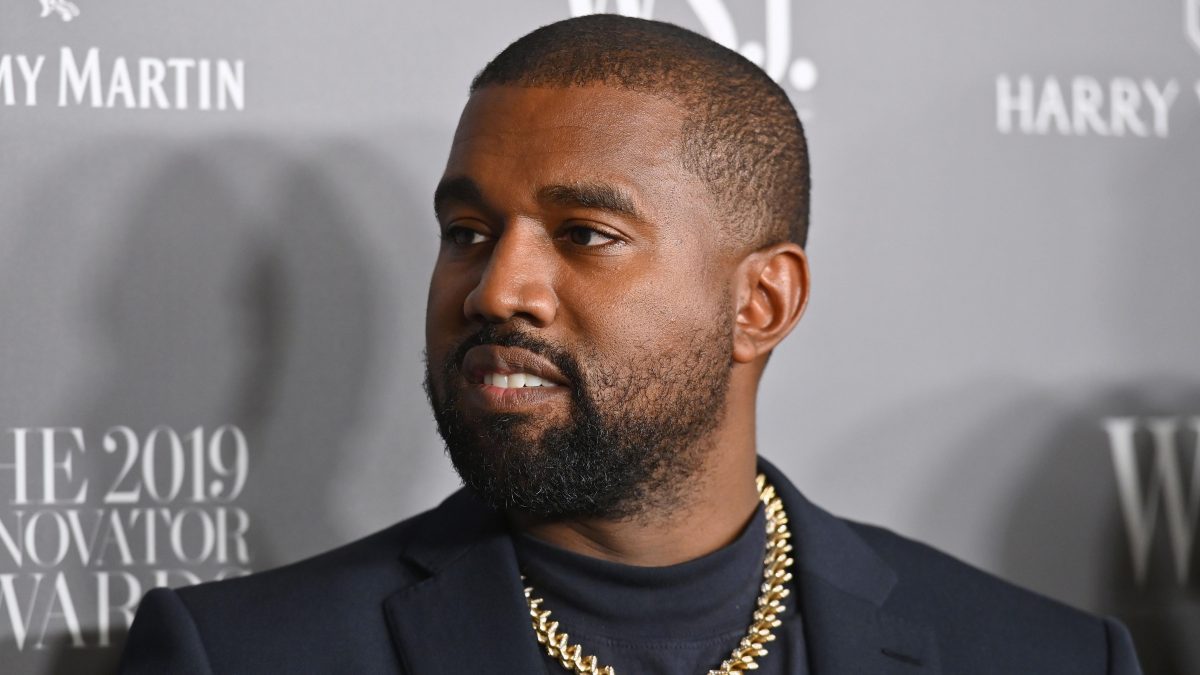 Kanye West may have fame and fortune galore, but that doesn’t mean the superstar can do whatever he wants. Case in point: His grand plans to build an amphitheater on his recently purchased ranch in Wyoming have ground to a halt because he hadn’t procured the proper permits.

According to the Missoulian, West had purchased the 4,500-acre Monster Lake Ranch in September, and had submitted an application to build a 70,684-square-foot amphitheater on the property. But rather than wait for the approval to come through, he broke ground anyway.

County officials visited the site, saw that work was already in progress, and said it had to stop, pronto.

West will now need to submit a new building permit application before construction can continue—a decision that has been applauded by building experts since it sends the message that no one, not even celebrities, should be able to break ground and build without the proper paperwork.

“City officials showed Kanye West no favoritism, which is very refreshing for most of us,” Benjamin Ross, a real estate agent with Mission Real Estate Group in Texas, told realtor.com®. “Without proper permits, anyone, including Kanye West, must cease all construction immediately. Kanye should be thankful they caught him early.”

If the violation was detected further down the road, Ross adds, “it could have cost him big.”

What does ‘breaking ground’ mean?

Although it has an official ring to it, “breaking ground” basically means you’ve begun construction, which typically starts by preparing the earth on which a structure will be built.

“’Breaking ground’ is a common term because most projects start with digging something like a foundation or sewer lines,” says Tyler Drew, a California-based real estate developer.

The process also helps contractors and homeowners know what to expect on the land where they’re building.

“Breaking ground means you can obtain more information about the site and see where potential issues may come up,” says Jared Duff, owner of Kraftsmen, a Windsor, CT–based home remodeling company.

Can any work be done before a permit is procured? Technically, no.

“By law, no work is allowed to be started on any property without obtaining a permit from the local building department. Period,” Duff says.

What happens if you break ground without a permit

While breaking ground without a permit might not seem like a big deal, West could be in for a harsh reality check.

“Breaking ground without a permit is not just foolish but also illegal,” Duff says.

Permits ensure that no issues exist underground with electrical wires, gas or plumbing lines, conservation land, or endangered species. If an accident occurs as a result of construction, a permitless homeowner would be liable.

“Permits keep the homeowner and the contractor protected under the state’s contractor code laws,” Duff adds.

Homeowners without permits could face fines or delays, or projects could be canceled indefinitely. Local inspectors could also direct federal officials, like from the Environmental Protection Agency, to the project. If federal inspectors find proof that a homeowner willfully violated the law, they could impose a prison sentence.

“Some state and local authorities may even mail any known suppliers, threatening them with fines if they continue to supply your job with materials,” Drew adds. “Often the local police are involved, and will drive past your site to enforce the orders.”

Get a permit before your project goes too far

The take-home lesson? If you’re gearing up for a building project, get your permits squared away—or else!

The first step is to consult with a reputable architect and builder before you put your shovel in the ground, Ross says. For renovations on existing structures, hiring a competent contractor is key. Check with your local licensing authority that the individual is a licensed general contractor in good standing.

Once you’ve chosen a contractor and architect, you’ll work out the plans for what will be built. But, before you get too far, visit your local building and zoning department to find out what permits are needed, Duff says.

“Ask if the project would be approved based on the plans,” he says. “They will steer any homeowner in the right direction and make sure they are not starting a project that can’t be completed.”