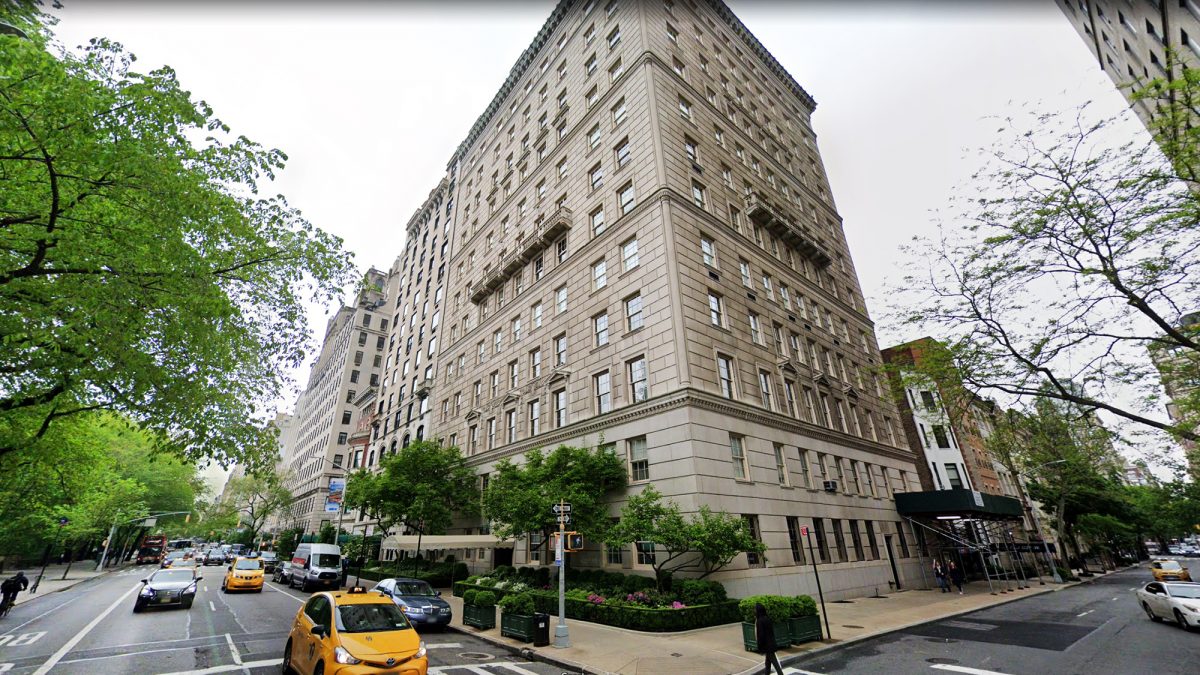 A full-floor residence in one of Manhattan‘s most exclusive buildings has landed on the market for the first time in 60 years.

With an asking price of $50 million, the third floor at 820 Fifth Ave. has earned the title of the week’s most expensive new listing on realtor.com®.

The 18-room home overlooking Central Park belonged to arts patron Jayne Wrightsman and oil tycoon Charles Wrightsman. He died in 1986 at the age of 90. She died earlier this year; she was 99.

In addition to this gorgeous home on the Upper East Side, Mrs. Wrightsman left behind a legacy of philanthropy, donating hundreds of artworks to the nearby Metropolitan Museum of Art.

Her estate is handling the sale of her residence, with proceeds to benefit charity, according to the New York Times.

A private elevator landing opens to a 45-foot gallery with parquet de Versailles flooring and a wood-burning fireplace. That space leads into the drawing room, formal dining room, and library, all featuring 12-foot ceilings. The kitchen sits adjacent to a family room for casual dining.

A separate wing features five en suite bedrooms, as well as a study that could be converted into another bedroom. The light-filled master suite includes a fireplace and sitting area.

The home comes with staff bedrooms. But if more space is desired, a three-bedroom guest or staff apartment on the first level of the building can be purchased separately for $2.5 million.

The 12-story limestone building, built in 1916, has only one apartment per floor. High-profile residents have reportedly included Tommy Hilfiger, socialite Lily Safra, and hedge fund investor Kenneth Griffin. ( Griffin went on to spend $238 million on another New York City abode, the highest amount paid for a home in the U.S.)

And just having deep pockets isn’t enough to secure yourself a highly coveted spot in the high-end building. Potential buyers must plan to pay cash, as the building doesn’t allow financing. In addition, buyers must also have that special je ne sais quoi to earn the co-op board’s approval.