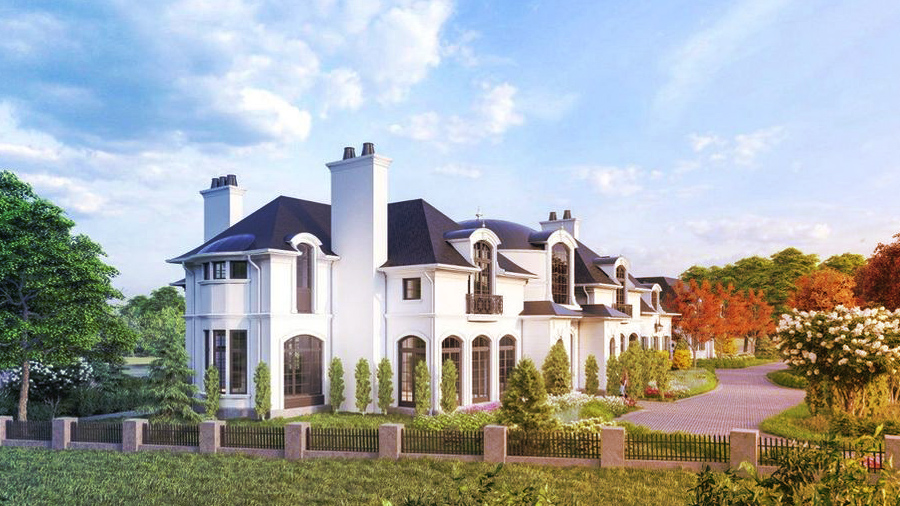 A $24 million property in suburban McLean, VA, which has yet to be built, is this week’s most expensive new listing on realtor.com®.

Permits have been approved for a lavish, 15,000-square-foot design, and construction will begin in February or March 2020, according to listing agent  Fouad Talout with Long & Foster McLean.

“We’re not waiting for the buyer,” he says. “If a buyer comes along now, they could choose some of the finishes. That property is going to be completed the same way that it’s being concepted right now. What you see in the photos will be used.”

The photos are renderings of what the final project will look like.

The layout also features a rec room, home theater, and family room. Outside there will be multiple decks, a covered patio, and pool. There will be garage space for 10 vehicles.

Talout notes that the home is being designed with an international buyer in mind, starting with its steel framing and construction in a European style.

“The exterior of the house is going to be like a French-style chateau, which is timeless,” he says. “It brings the best of both worlds—the modern interior, plus the timeless design exterior.”

Another key selling point is the exclusive locale, which has been home to members of the political elite, including former Vice President Dick Cheney and former Secretary of State Colin Powell.

And with construction about to start, all the place needs is a well-funded buyer to turn this house into a home.

The post Most Expensive New Listing: A $24M Property in Suburban VA That Hasn’t Even Been Built Yet appeared first on Real Estate News & Insights | realtor.com®.