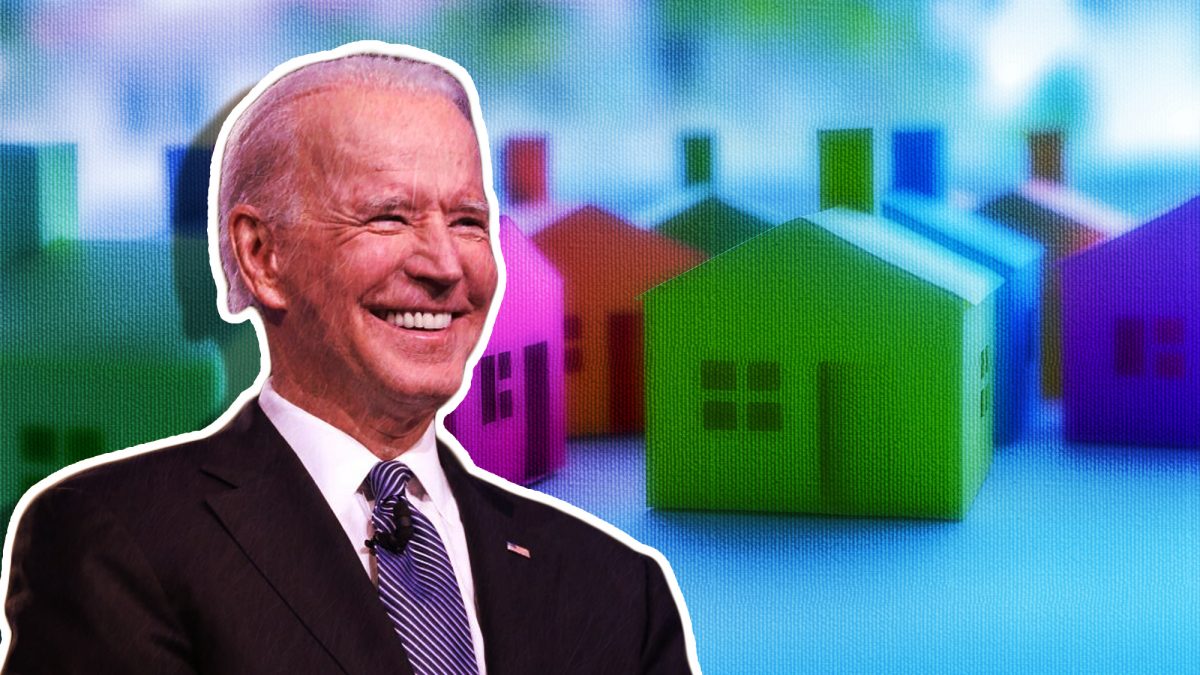 Just in time for the jaw-clenching South Carolina Democratic primary, presidential hopeful Joe Biden dropped a $640 billion housing plan this week aimed at helping first-time home buyers, combating racism in the housing market, and providing assistance to low-income renters. But does the long-awaited proposal go far enough in addressing the affordability crisis that has permeated just about every real estate market in the nation—or is it just a wish list designed to muster up extra votes?

Affordable housing—or the lack of it—has moved closer to center stage in the 2020 race, taking its place among hot-button issues like health care, national security, immigration, and the economy. Last year, each of the major Democratic candidates except Biden released comprehensive proposals on the lack of housing—and what to do about it. A proposal by the former vice president, once seen as the front-runner for the Democratic nomination, had been eagerly awaited.

“People vote based on their pocketbooks, and you don’t get a bigger pocketbook issue than housing,” says realtor.com® Chief Economist Danielle Hale. “For many, [housing] is the largest monthly expense that they have. And if you own a home, it’s likely the most valuable thing that you own.”

Highlights of Biden’s platform include tax credits for first-time home buyers, down payment assistance for teachers and first responders, changes in the appraisal process to address racial disparities, and increasing the availability of Section 8 housing vouchers. He would pay for his ambitious plan by increasing taxes on corporations and big financial companies.

“Housing should be a right, not a privilege,” the plan reads. “Today, however, far too many Americans lack access to affordable and quality housing.”

The would-be commander in chief’s platform is a return to the policies of President Barack Obama, under whom Biden served, says Edward Goetz, an urban planning professor at the University of Minnesota in Minneapolis.

“Some of these [planks] can definitely be enacted. Others seem aspirational at best, and at worst, almost hallucinatory,” says Goetz. “You have to take these platforms with a grain of salt.”

Watch: The Best Season to Buy a Home Is …

The big news for first-time home buyers is that they could get up to $15,000 in tax credits at the time of purchase—rather than having to wait until they file their income taxes in April.

In addition, public and national service workers (like teachers and first responders) could be eligible for down payment help and discounted prices on homes. They’d need to be in (or move to) poorer neighborhoods in need of investment or expensive areas without much in the way of affordable housing to get the benefits, though.

Several of the proposals would be significant to people of color, who often face greater hurdles in home buying.

“Communities of color are disproportionately impacted by the failures in our housing markets, with homeownership rates for Black and Latino individuals falling far below the rate for white individuals,” the plan notes. This contributes to what is known as the racial wealth gap.

Biden’s proposed new national standard for appraisals would attempt to ensure that homes in minority communities wouldn’t be appraised for less than similar homes in comparable white neighborhoods.

“Right now if you live in a black neighborhood and you have the same exact house as the guy across the street in a white neighborhood has, your house is valued significantly less than the white, the same exact house,” Biden said during the Democratic candidates debate on Tuesday night in Charleston, SC. “We’ve got to deal with the institutional racism.”

Biden also proposes creating a public credit agency that would generate credit reports by taking into account things like rental payment history and whether utility bills are paid on time. This would help buyers with scant credit history.

Biden would also protect owners struggling with mortgage payments from foreclosure if they’re working with their lender to modify their loan. He’d also tighten the reins on nonbank lenders to ensure they’re offering mortgages in lower-income and minority communities.

In addition, Biden’s plan would require and incentivize local and state governments to do away with regulations that perpetuate segregation and make it harder for builders to put up new housing.

Finally, he’d establish a goal of halving the carbon footprint of the nation’s buildings by 2035. He’d provide incentives to retrofit homes to be more energy-efficient and create their own clean power among other efforts.

What Biden would do for renters

Like many of the other candidates, Biden would guarantee that every eligible family would receive a Section 8 housing voucher. Currently, only about a quarter of eligible folks have a voucher because there aren’t enough to go around.

Goetz, who supports providing more vouchers, questions how the expansion would work.

“You can’t talk about expanding the voucher program in a vacuum,” says Goetz. In order for it to work, there needs to be more housing available for voucher holders, particularly in the priciest markets.

It’s “going to be problematic in some housing markets where you just don’t have the stock of housing that would be eligible and available,” he says.

Biden’s plan would also provide struggling renters with a tax credit, so they would pay only up to 30% of their income on rent and utilities. He’d put $5 billion a year behind the credit.

But such protections could lead to higher rents and tougher tenant screening, warns Ken Johnson, a real estate economist at Florida Atlantic University in Boca Raton. Landlords may want to give themselves a financial cushion in case a tenant stops paying rent and they can’t evict them.

“Landlord evictions might hurt affordability,” Johnson says. “If you restrict a landlord from removing a nonpaying tenant, that is just a premium the landlord will add to the overall rent.”

And Biden would attempt to increase the housing supply by putting $100 billion toward constructing and upgrading affordable housing. He’d also use tax incentives to erect affordable housing in areas where it’s in short supply and try to limit local and state government restrictions on the amount of new construction.

Biden also hopes to ease homelessness by providing emergency funding to shelters and provide case management services for those in need. He’d prohibit shelters that receive federal money from turning away members of the lesbian, gay, bisexual, transgender, and queer community. And he’d provide more housing for the disabled, elderly, and formerly incarcerated.

While Biden’s policy is a big step in the right direction, it doesn’t go far enough, say some real estate experts.

“This plan is virtually the same as every presidential candidate. They talk about affordability and some way to subsidize housing,” says Johnson. But the platform doesn’t do enough to create and preserve affordable housing, especially in the nation’s most expensive real estate markets. “It does not address the reality of today’s housing market.”