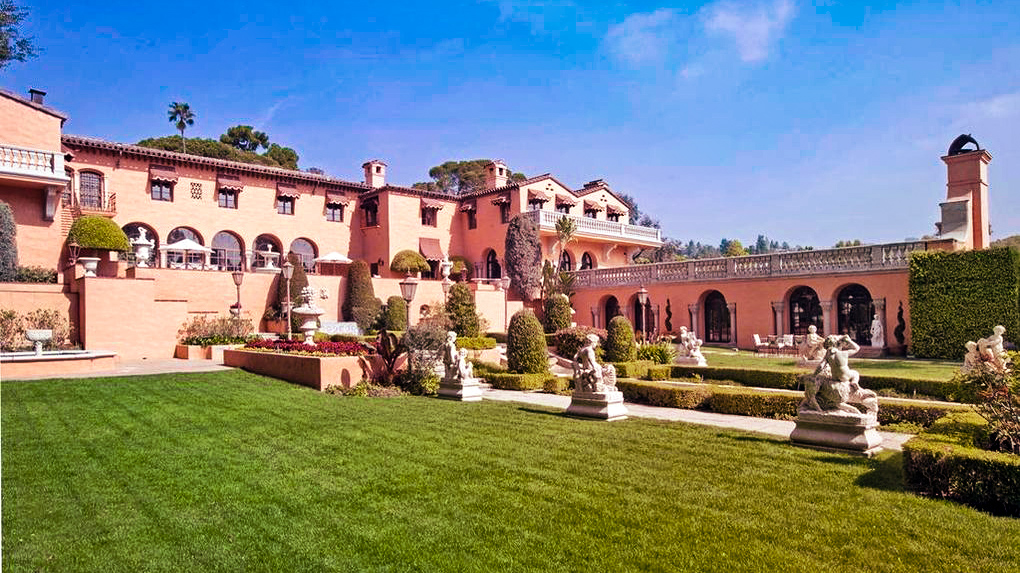 Paging all billionaires! A legendary Beverly Hills, CA, estate that has starred in movies and played host to many historic figures has once again claimed the title of most expensive new listing on realtor.com®.

Known as the Beverly House, the property has bounced on and off the market over the years. It’s now available for $125 million—or nearly 25% less than what Jeff Bezos recently paid for the Warner estate just a mile down the road.

In 2018, the Beverly House landed on the market for $135 million, which earned this enormous estate the title of most expensive listing at that time. And these stratospheric prices could be almost considered a discount of sorts—the storied residence was offered for as much as $195 million in 2016.

Called “the most important and iconic Mediterranean estate in California,” according to the listing on The Agency’s website, the grand mansion was built by Gordon Kaufmann, the architect of Hoover Dam, in 1927.

The residence was later a home for the newspaper magnate William Randolph Hearst and the actress Marion Davies. The estate also served as a destination on Jacqueline and John F. Kennedy‘s honeymoon, and later, as Kennedy’s West Coast presidential election headquarters.

The massive interiors are old-money classic, ideal for today’s tycoon. The spacious spread features a dizzying 18 bedrooms and 22.5 baths.

Notable details include a two-story library with hand­-carved paneling and a wraparound walkway, a coved ballroom, a billiard room with intricate ceiling and fireplace, and a tiled formal dining room. The formal living room is decorated with a 22-foot, hand-painted ceiling.

The home’s hallways could easily double as bowling alleys: The one on the main level stretches a mind-boggling 82 feet; the one upstairs, 102 feet.

Aside from the original features, the property also includes a “substantial addition” from 1995. The extensive and manicured grounds include walkways, fountains, waterfalls, tennis court, as well as a swimming pool and poolhouse.

Although privately set behind wrought-iron gates, the property is just blocks from the Beverly Hills Hotel—which would be convenient should there not be enough bedrooms under this massive roof. As it is, the spacious spread can easily host parties for hundreds.

The seller, Leonard Ross, purchased the property for less than $2 million over four decades ago, according to The Real Deal. He renovated it in the 1990s, and had been renting it out for events. The real estate investor first tested the market in 2007, when he asked $165 million.

For those who recognize the place from the silver screen, the glamorous estate played a part in both “The Godfather” and in “The Bodyguard.”

Mauricio Umansky and Santiago Arana both with The Agency, represent the listing.