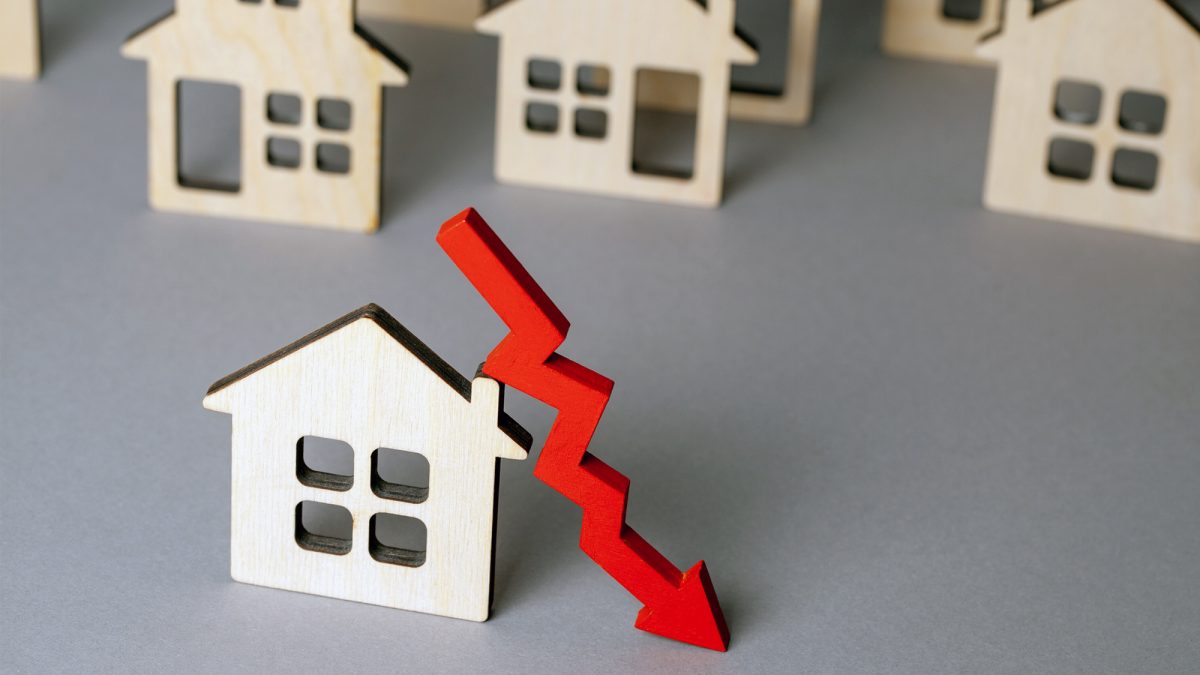 Last year, there were fears that a trade war with China or the fallout from Brexit could torpedo the strong U.S. economy. Instead, it was the unforeseen force of COVID-19, caused by a new strain of coronavirus, that has led the president of the United States to declare a national emergency and made a global recession seem all too possible.

As flights are canceled, school suspended, and professional sports put on ice around the world amid the deadly pandemic, an economic slowdown appears inevitable. That’s terrifying to those whose memories of the Great Recession are still fresh, but many housing and financial experts believe this looming downturn—which may not even devolve into a full-blown recession—may not be as painful as the last.

“I don’t expect the slowdown to be like the last recession where prices fell,” says realtor.com® Chief Economist Danielle Hale. “There are more than enough buyers out there to keep home sales from slowing in any major way.”

While it doesn’t look like it will be business as usual anytime soon, home prices aren’t expected to fall off a cliff and low mortgage rates may help buoy home sales. At least that’s what experts are saying this week. But this is a fast-moving, unprecedented crisis, and no one knows yet how it will all play out.

“The next eight weeks are critical. We will learn, and we will turn a corner on this virus,” President Donald Trump said in a press conference on Friday, as he announced the national emergency. During his appearance, the stock market went up more than 9%. “We will get through this altogether.”

While there will likely be layoffs, many economists don’t expect them to be widespread, but rather concentrated in industries such as tourism and hospitality. If employment stays high, most folks will be able to make their monthly mortgage payments and hold on to their homes. Subprime loans, which helped to tank the economy in the past decade, have largely ceased to exist today, as credit requirements for loans got much stricter after the housing bust. Plus, home prices have risen so much in the past few years that most owners have substantial equity in their properties. So they’re much less likely to find themselves underwater on their mortgages.

“It will be different than the Great Recession. Things unraveled pretty quickly, and then the recovery was pretty slow,” says Hale. “I would expect this to be milder. There’s no dysfunction in the banking system, we don’t have [many] households who are overleveraged [with their mortgage payments] and are potentially in trouble.”

Will home sales and prices go down?

If folks are worried about their jobs, and being able to pay their bills, they’re less likely to want to buy a home. Ditto if they’re nearing retirement and the stock market volatility wiped out a big chunk of their 401(k) accounts.

But that caution is likely to be at least partly offset by some of the lowest mortgage interest rates in nearly 50 years. They were just 3.36% for a 30-year fixed-rate mortgage as of Thursday, according to Freddie Mac.

“I don’t know which force will be greater: the negative impact of job cuts, if that was to occur, or the positive influence of low mortgage rates,” says National Association of Realtors® Chief Economist Lawrence Yun.

Most housing economists don’t expect housing prices to fall, since we’re still seeing a housing shortage. There aren’t enough existing homes or new construction to satisfy the high demand from buyers, many of whom have been looking for a home for a while and perhaps have lost bidding wars. After all, the life changes that lead people to buy a home are still ongoing: expanding a family or having kids leave the nest, or relocating for a new job.

Also, sellers will likely be reluctant to accept less than they would have just a few weeks or months ago. Those not in a hurry to sell may simply pull their abodes off the market and wait for prices to rebound.

As for current homeowners who might find themselves in financial straits if they lose their job, lenders may offer forbearance and payment deferral programs to help them stave off a short sale or foreclosure, says Mark Zandi, chief economist at Moody’s Analytics.

“They’ll be very understanding,” Zandi says of lenders, particularly of government-sponsored loans through Fannie Mae and Freddie Mac, and Federal Housing Administration loans. “Especially in an election year, I don’t think there’s [much of a] chance they’ll take a hard line.”

What real estate markets could be hurt the most by a downturn?

The markets that are most likely to be affected by a downturn, at least initially, are those that rely heavily on travel, tourism, and hospitality. Manufacturing sectors that rely on a global supply chain that’s been disrupted by the virus could also take a hit.

With conferences and conventions being canceled at a rapid clip, places such as Las Vegas could feel the economic toll. Similarly, tourist hot spots like Orlando, FL, home to Disney World, Universal Orlando, and SeaWorld theme parks, which have all announced closures, could also feel the pain.

Their saving grace could be the retirees moving in to those communities, says NAR’s Yun. That demand could keep prices stable—and therefore sellers happy.

“Those [type of] markets are worth watching,” says Yun.

Booming markets that grew very quickly with big price gains could also experience a bit of a slowdown. Metro areas like Denver, Salt Lake City, and Boise, ID, could potentially be affected, says Moody’s Zandi. These markets, which have growing tech scenes, have become popular with retirees and priced-out folks from California in recent years.

“You might see some price declines in the Western markets that got very juiced up, very speculative,” he says.

Zandi thinks those real estate markets could rebound fast—maybe within a quarter or two, or as soon as the economy improves.

The luxury market could have a harder time. A multimillion-dollar home isn’t exactly a necessity, and they typically take longer to sell in normal times. And those who have enough money to buy high-end real estate often have quite a bit of money in the stock market, which has been on a wild ride lately, making them less likely to want to commit to another pricey property. Even luxury rentals, which is where builders have been focusing in recent years, may end up sitting empty.