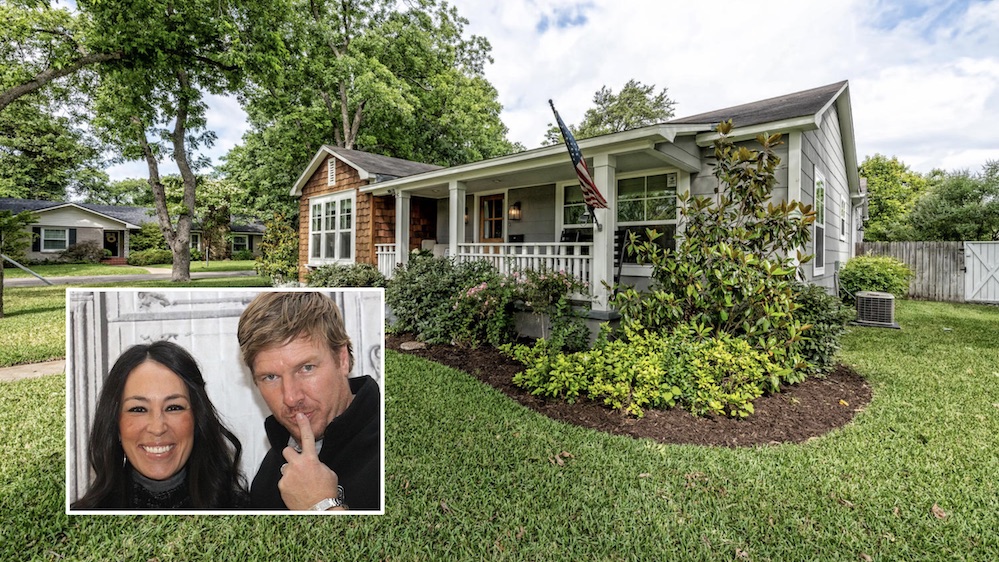 A charming cottage in Waco, TX, that was renovated by Chip and Joanna Gaines on “Fixer Upper” has come on the market again.

The home’s delightful transformation was featured on episode seven of the final season of the popular HGTV show. The backstory of the home’s transformation a few years ago was an uplifting tale—for the full scoop, read our recap of the episode.

It featured the recently widowed Patti Baker, who had come to Waco to live closer to her sons. In 2016, she paid $162,500 for the fixer, and then Chip and Jo worked their magic, with $88,000 in improvements.

And while Baker planned for the finished product to be her long-term home, the tale has a twist. A few months after moving into the remodeled space, Baker reconnected with her pastor, who lived a few hours away, and they eventually got married.

A happy ending for the homeowner meant that the two-bedroom, 1.5-bath home landed on the market in January 2018 for $349,900. Thanks to the show’s popularity, there was no shortage of interest.

“The show aired on a Tuesday, and we listed it on a Thursday,” says the listing agent, Shelly Negrete with Camille Johnson, Realtors. Negrete represented the listing in 2018 and is back for a second go-round at selling this notable abode.

“I couldn’t keep up with the phone calls I was getting,” she says of the 2018 listing.

The California couple came up with the winning offer and bought the home as “an adventure,” Negrete says.

The California-based couple, who had been married for over 30 years, spent time in Waco and opened the home to friends. The neighborhood no longer allows Airbnb rentals, but the new owners did open the place up for visiting professors from Baylor University’s seminary.

Now, for health reasons, the owners aren’t traveling as much and decided to let go of the little house with a lotta love.

While the home no longer has the furniture from the reveal on “Fixer Upper,” everything else has remained pretty much the same, Negrete says.

“We call it the love house, because everyone falls in love with the house,” she says. “It’s so sweet.”

Along with the two bedrooms, the layout includes a living room, dining room, den, and laundry tucked into a hobby room or office.

Design touches include two-sided open shelving in the den, and custom bifold shutters in the living room. Black painted shiplap—a Joanna Gaines special—serves as the backdrop to the dining area.

Set on almost a quarter-acre, the property features a grassy lawn, backyard, front porch, and a garage.

“It’s a small house, but it packs a big punch,” Negrete says. Given its petite footprint, she did allow, “It’s not for everybody, but it’s for somebody.”

As for the price, while it is certainly higher than the median homes in the area, it’s well below some of the stratospheric prices for other Gaines’ projects, such as the five-bedroom “Barndominium,” which was listed for $1.2 million in 2018, or the one-bedroom  “shotgun” house for $950,000. Both of those homes are now off the market.

For a new owner who falls for the “love house,” the price might be right.