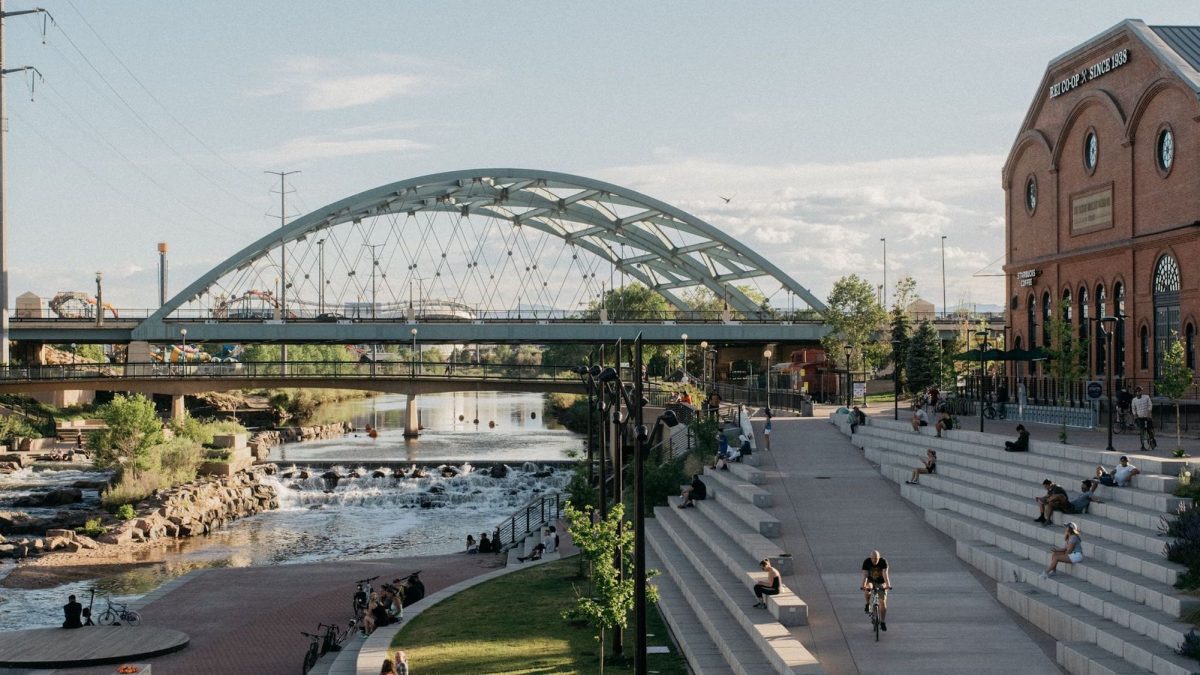 Before the coronavirus pandemic, few American cities were creating jobs faster than Denver. Nor had many places aligned themselves so closely with sectors that have since been battered by shutdowns aimed at curbing the spread of the virus, such as tourism and energy.

Now the Mile High City may also hold answers about the post-coronavirus economic outlook: whether cities that outperformed during the longest expansion in U.S. history are better cushioned to navigate a recovery. In Denver’s case, some of the same factors that propelled it—such as a younger, more educated and wealthier population—may outweigh disadvantages of high exposure to crisis-hit sectors, according to local business owners and economists.

A few months back when the U.S. was enjoying joblessness at a half-century low, Denver area employment proved consistently healthier than the national average, according to the U.S. Labor Department. The city’s expanding population earned a median income of $63,793—6% above the national average—and underpinned surging property values. They patronized hundreds of new restaurants a year in places such as the trendy RiNo district.

An important component of Denver’s vitality has included attracting outsiders: tourists and convention-goers, but also companies and job seekers. Chunks of that revenue have been erased by lockdowns and social distancing. Resort, hotel, restaurant and airport layoffs in Denver and across Colorado have propelled state jobless claims to nearly 500,000 in recent weeks—compared with jobs added as recently as February.

Denver’s 4.6% jobless rate in March, the most recent month available, exceeded the national average for the first time since early 2012, according to the Labor Department. The fall in economic activity also caused a collapse in global oil prices, costing oil patch jobs in Denver.

“Tourism and energy looked like competitive disadvantages in the early part of the crisis,” said Brian Lewandowski, executive director of the Business Research Division at the Leeds School of Business at the University of Colorado-Boulder. But, he added, that isn’t the whole story. He said that while 26% of the state’s jobs are spread between recreation, restaurants, accommodation, retailing and a variety of services such as beauty treatments and auto repairs, these sectors generate only about 13% of total wages, limiting their overall impact.

Most workers’ income, Mr. Lewandowski said, “hasn’t been as disrupted so far.”

While Denver cultivates an image as a destination catering to hipsters, athletes and geologists, just as important are its ties to technology, finance and the military and defense sector.

The Denver economy’s resilience and diversity today reflect local policies set following boom-bust volatility in the 1980s when the economy got repeatedly whipsawed by swings in the prices of natural resources such as oil. Ever since, Denver policy makers have sought to attract technology companies and expand opportunities linked to tourism. “We’ve been very deliberate about it,” Denver Mayor Michael Hancock said.

Energy remains a key industry, and this year’s oil-price drop has again hurt that sector. Oil producer Discovery Natural Resources LLC, for example, said it had permanently laid off 28 staff in its Denver headquarters to reduce costs in a “difficult operating environment.” The privately held company declined to say how many people it employs in Denver.

Some businesses outside energy and tourism remain confident. Locally based kidney-treatment company DaVita Inc. says it has more than 120 jobs open in the area, while Boston fund manager Fidelity Investments is accelerating plans to add 200 client-services staff around Denver, according to a spokeswoman.

Still, the coronavirus pandemic has reduced Denver’s cool quotient, a problem for a city that celebrates its median age of 34 years—almost four years below the national average. Professional sports are on hiatus. Organizers of a big craft beer festival say they don’t know how the October event will proceed. It is anyone’s guess if the world’s snowboarders will in the winter again flock through Denver and head to the Rocky Mountains.

Challenges have shifted for celebrated Denver chef Jennifer Jasinski. She went from struggling to staff her five restaurants to furloughing most of her 250 workers, shuttering a new gastropub and modifying the menu at her award winning Rioja to make it exclusively for takeout. “I’m being forced to make decisions without answers right now,” she said.

On Wednesday, in line with city permission, Ms. Jasinski was welcoming back dine-in customers, although with social-distancing rules that will cut seating to a quarter of normal and with no more than 40% of previous staff levels. “I feel better today that we have a first step toward opening up,” she said. “There are still a million questions,” she added, since the “economics haven’t changed” in terms of rent due and food prices.

Jon Wallace was recently laid off from a digital marketing job at a Denver marijuana retailer and said his out-of-work friends are weighing how long they can afford the city. “It’s the feeling kind of like when I graduated from college and all my classmates became my competition,” the 30-year-old said.

Mr. Hancock, Denver’s mayor, acknowledged that his order in mid-March to shut tourist venues and restaurants exposed vulnerabilities in the local economy. Some venues, he said, might never manage to reopen.

But the mayor said his health rules took the economy into account, including by sparing a sector he called the city’s most broad-based: “We really focused on the construction industry,” he said.

In recent years, construction equipment lessor Arvada Rent-Alls expanded its fleet of machines by 30% or more annually to capture a building boom driven by tech companies, oil producers and home buyers, said its chief executive, Andrew Heesacker. In March the family-run company eliminated two entry-level positions from its staff of about 30 and halted plans to purchase some heavy equipment. Mr. Heesacker said he still expects recovery to happen quickly.

“I haven’t heard of any projects stopping altogether,” he said. “I think it has to do with the diversity of the area.”

The post Denver Was Booming Before the Coronavirus Pandemic. Now It Hopes to Bounce Back appeared first on Real Estate News & Insights | realtor.com®.