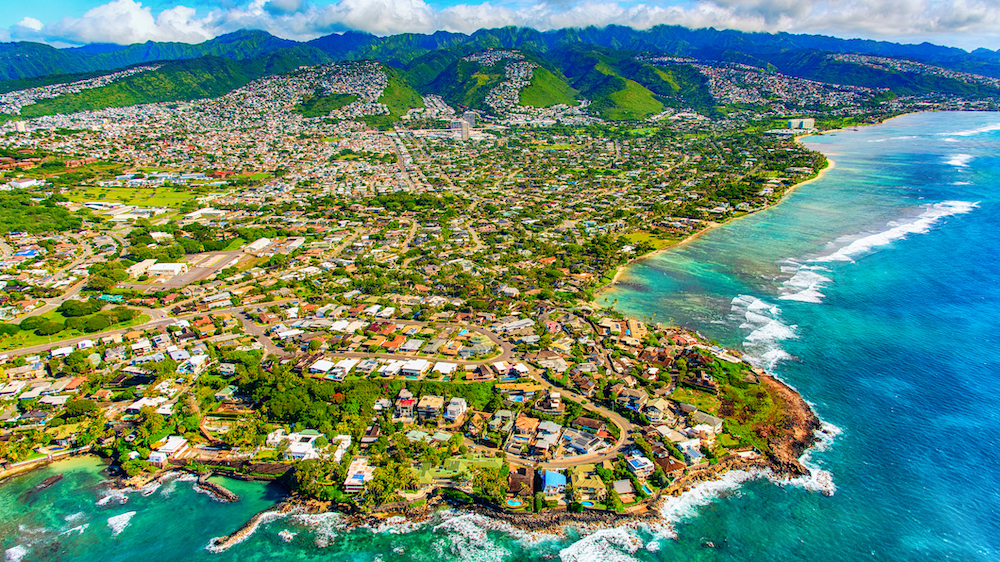 Even though it sits 2,000 miles from the mainland in the Pacific Ocean, Hawaii hasn’t escaped the economic impacts of COVID-19. Right now, it stands as one of the hardest-hit areas in the country.

Tourism is the 50th state’s largest industry, and the pandemic has put the brakes on vacationers, thrill-seekers, and conventiongoers. Those who do venture to the Aloha State face a mandatory 14-day quarantine, which makes most vacations impossible.

And with the economy reeling, the real estate market is struggling to navigate choppy waters.

“COVID-19 certainly, swiftly, and negatively did impact our housing market, as we expected,” says Tricia Nekota, president of the Honolulu Board of Realtors®. “We saw a decrease in new listings and more escrow cancellations along with more properties being delisted or temporarily taken off the market.”

No tourists, no economy

With no tourists flocking to the sun-soaked island chain, many Hawaiians are out of work. The impacts of high unemployment have cascaded down through the entire economy. Hotels, restaurants, and shops closed during stay-at-home orders are just beginning to reopen with many restrictions.

According to the state’s Department of Business, Economic Development & Tourism, or DBEDT, tourism makes up 36.8% of the economy, with 119,429 people working directly in the industry.

However, those numbers don’t include a large segment of workers whose jobs aren’t directly linked to tourism, but depend on a steady flow of folks making their way to the islands.

Preliminary April numbers from the U.S. Bureau of Labor Statistics show only two states with higher unemployment rates than Hawaii.

For context: Before the pandemic, unemployment in Hawaii was below 3%.

As for tourism, the numbers are stark and the impacts are huge. In 2019, DBEDT reports found about 25,000 domestic passengers traveling through Hawaiian airports each day. That same trend continued in the early months of 2020.

After travel restrictions went into place in late March, the number of visitors dropped to just a few hundred a day. International passenger counts (not including flights from Canada) were at about 8,000 daily in 2019 and the first months of 2020. Now they are close to zero.

Compared with other world events that have shaken the islands, the pandemic is without parallel. While DBEDT shows past shocks significantly slowing Hawaii tourism, there’s nothing that can compare with the near 100% decrease in its prime economic driver.

Here are the numbers from three previous events, including the number of monthly tourist arrivals and the time it took for the Hawaiian economy to recover to pre-event levels:

Losing a job or suffering through a furlough will certainly change home buyers’ plans. The agents we spoke with in Hawaii say homes are falling out of escrow.

“People don’t have any more money, especially those in the service industry. You qualify [for a mortgage] according to your employment,” says Jack Legal, president of Hawaii Realtors®.

A recent buyer had to extend escrow for a month because of a furlough, says Legal. “He was hoping by the end of the month he was going to regain his job back, and I’m hoping and keeping my fingers crossed that when this pandemic is over, his job will still be there.”

When the pandemic first hit, Nekota saw many more escrow cancellations than she is seeing now, which may be a sign things are stabilizing.

“The buyers that are in the market right now are the ones who will stay in this market,” says Nekota.

New listings are down dramatically

The number of new listings has decreased throughout the state, especially in Honolulu, the state’s most populous city.

According to Nekota, the number of new single-family home listings in Honolulu from March 22 to April 25 was down 42% compared with the same time in 2019. The lack of listings is roughly the same for condos and townhomes.

Home sellers choosing to temporarily remove their listings skyrocketed during the same time period. Nekota says she saw a 71% increase in the number of delistings for single-family homes and 53% for condos.

In addition to being a large financial decision, buying or selling a house is also an emotional decision. The island economy weighs heavily on those who would normally be wading into the housing market during the spring and summer months

“It’s all about perception and what [consumers] see or hear. It weighs on their emotional decision as to whether or not they’re going to remain in a market where our economy seems very turbulent,” Nekota explains.

She adds many islanders who were considering selling are in a holding pattern, and those “who were deciding to list before COVID-19 decided to hold off.” This means there isn’t much out there for buyers to even consider.

Both Nekota and Legal say one thing has remained constant in this crazy time: a limited supply of available real estate usually means high demand. Yes, even in a pandemic. It’s held true in this island market where available homes have always been in short supply.

“Inventory is really, really low. It makes it even more challenging for buyers to purchase homes,” Nekota says. For buyers who haven’t lost a job and still have financial ability to buy a home, options are limited.

Legal says he was working with one property that needed a lot of repairs, which received 17 offers. Another property had six offers.

“Even though there’s less buyers out there, there’s just not enough property for buyers to be putting in offers on,” Nekota explains. “So, oddly enough, we’re still seeing multiple offers being put on homes because there’s not a lot out there to choose from.”

The lack of inventory has pushed the median home price up. Legal says that even though homes sales in April dropped more than 20% compared with the same period last year, the median price for a single family home rose 5% year over year.

Nekota says it’s a good time to be a seller in Hawaii, and she thinks the few buyers unaffected by the state’s downturn are hungry to leap into the market.

“There are buyers that are still out there looking for that right home,” she says. “If their job is stable … they’re creditworthy, [then] they can make this purchase and take advantage of the record-low mortgage rates. And for sellers, because inventory is so low, you’re still going to have attraction to your property.”