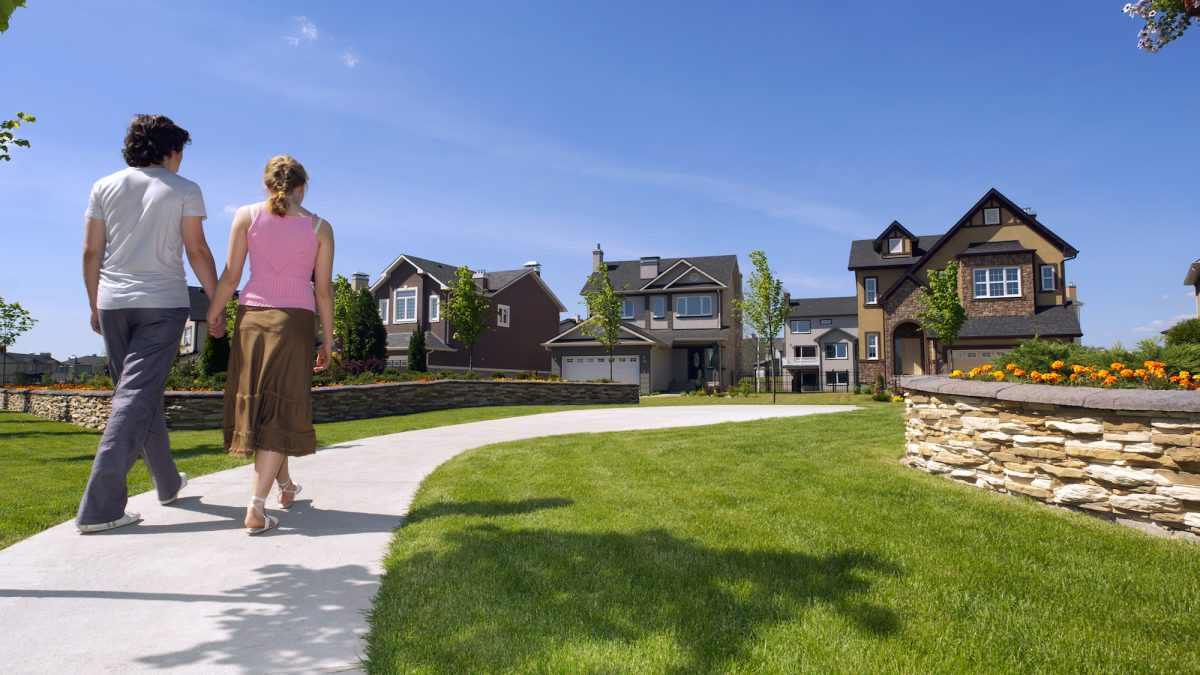 The pandemic has transformed American lives in ways large and small. One of the more surprising side effects: The suburbs are suddenly the hot place to live. COVID-19 has helped transform spacious, single-family homes in those leafy, green oases into the most desirable real estate around—at the expense of the big cities. And this may be shaping up as a long-term shift away from the urban centers that have defined the nation for decades.

But many of those once-die-hard urbanites fleeing to the burbs would have likely left the city anyway. The coronavirus simply sped up their departures.

Last month, home shoppers spent more time looking online at properties in the suburbs than in cities, according to a recent realtor.com® report. Asking prices also rose faster in the suburbs as a lack of homes for sale coupled with a surge in demand for larger abodes with large backyards drove them right up. This shift in demand from urban to suburban areas was most pronounced in the nation’s largest metropolitan areas.

“COVID-19 accelerated this trend,” says realtor.com Chief Economist Danielle Hale. “People are looking for space and affordability, and [the suburbs are] where they can find it. Especially as millennials are at an age where they’re settling down and expanding their families, they’re realizing how nice it is to have more space.”

Watch: What the Latest Jobs Numbers Say About the Housing Market

The analysis looked at the number of active home shoppers on realtor.com, the inventory of newly listed properties as well as active listings, home list prices, and the number of days a property is on the market before it goes under contract.

As in pre-COVID-19 days, many folks start considering leaving urban areas after they have their first child. They’re more likely to pull the trigger after their second. And the millennials who flocked to the cities are getting older, settling down, and having children en masse.

“All you need is a catalyst to precipitate the change,” says demographer Ken Gronbach, of KGC Direct based in Benita Springs, FL. “These people were going to move out of the cities anyway. Maybe it would have been in five years, but then there was COVID-19.”

“That’s just what happens when time passes,” says Dowell Myers, an urban planning and demography professor at the University of Southern California in Los Angeles. “The same group that loved the city now needs a lot more space.”

This may help to explain why in August aspiring home buyers looked at suburban home listings 53.9% more than they did the previous year, according to the realtor.com analysis. Listing views were up a little less, by 50.7% year over year, in urban areas. In the 10 largest metropolitan areas, such as New York City and Los Angeles, that gap widened to 56.4% growth in views in the suburbs compared with 43.6% in the cities.

Hey, it’s easier to stay 6 feet apart in a single-family home with your own backyard than in an apartment or condo in 40-story towers where residents share elevators, laundry rooms, and a roof deck—that is, if they’re lucky enough to have those amenities.

However, even if city denizens want to move to the burbs, they may have a hard time finding a house. The pandemic has greatly exacerbated existing shortages of properties on the market at the same time it created a surge in demand.

The number of homes for sale dropped 41.2% year over year in the suburbs compared with 34.3% in the cities in August, according to the report. New listings were down 12.1% and 8% respectively. In the 10 biggest metros, the overall inventory of homes for sale plunged 40.2% in the burbs and 13.4% in urban areas.

That shortage has caused prices to spike. List prices were up 7.3% in the suburbs and 7.7% in the cities at the end of August, according to the report

The price increases, however, likely won’t dissuade buyers who have held on to their good-paying jobs during the crisis. Now that more companies are considering long-term, work-from-home plans, many of these employees find themselves less tethered to living within easy commuting distance to city business areas. That could entice them to move farther out into the cheaper suburbs.

“The flexibility to work remotely is accelerating this trend,” says Hale. “When the commute’s not a daily thing, it’s easier to justify living farther away from work—especially when you get more for your housing dollar farther away.”

However, folks shouldn’t count the cities out just yet.

Once there is a widely available vaccine and folks are encouraged to socialize again, a new crop of younger adults will once again head to the cities—even if Generation Z is a significantly smaller group than millennials.

“A lot will depend on how things change in response to the pandemic in the long run,” says Hale. “Cities are still a vibrant place.”

The post Looking for a Home in the Suburbs? Good Luck, So Is Everyone Else appeared first on Real Estate News & Insights | realtor.com®.