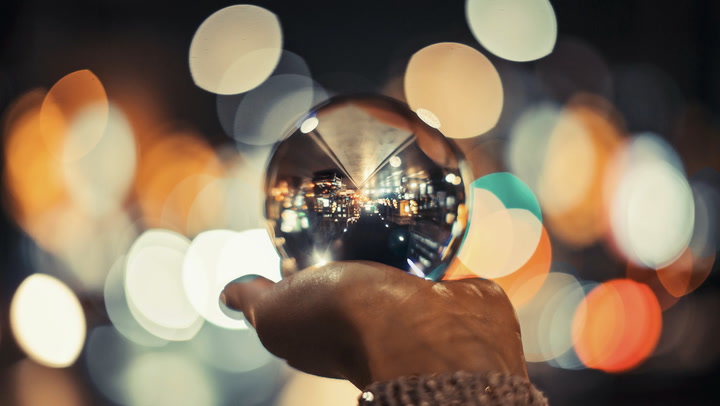 Wouldn’t it be great to look into the future? You could see just how quickly the world will recover from this deadly pandemic, get the winning lottery numbers—and learn just which real estate markets will be a solid investment.

Unfortunately, we misplaced our crystal ball. But by analyzing data and trends, the realtor.com® economics team put together a list of the housing markets that are expected to sizzle next year. The nation’s top markets of 2021 are tech hubs with strong job markets, state capitals where buyers can get more square footage for their money, and smaller cities that are affordable alternatives to the larger, coastal metropolises, according to a recent realtor.com® analysis.

Seven of the metros that cracked the top 10 are either established or burgeoning tech hubs. Half are state capitals, and four are in California, where prices just keep on accelerating.

Now these markets aren’t cheap—not even close. Just one has a median list price lower than the national median of $348,000. But most are still less expensive than San Francisco, New York, and Los Angeles. They’re siphoning off these big-city residents who can now work remotely due to the pandemic and are moving to lower-priced areas where they can afford larger homes. And they don’t have to compromise on big-city amenities—bars, restaurants, and cultural institutions are all accounted for, when it’s safe to frequent them again.

These markets are expected to experience higher price growth and more sales than the rest of the country. Median home list prices are anticipated to rise 6.9% in these metropolitan areas, compared with 5.7% nationally. Sales are to increase 13.1% annually versus 7%.

“The housing markets in tech towns are thriving because that industry is doing well,” says realtor.com Chief Economist Danielle Hale.

However, she adds, “a lot of companies in the [San Francisco] Bay Area have given workers the flexibility to work remotely. … [Many] of the markets on our list are the places that tech workers leaving the Bay Area look to relocate to.”

To come up with the ranking, Hale’s team factored in past sale prices and number of sales; the rate of new construction; and previous and anticipated economic, household, and income growth in the 100 largest metropolitan areas. (Metros include the main city as well as nearby smaller towns and urban areas.)

So which markets will rise to the top next year?

Next year’s hottest market is expected to be none other than the sleepy capital of California, about 90 minutes northeast of San Francisco. The city has seen a rush of buyers coming from the ultraexpensive Bay Area in search of more reasonably priced homes set on a decently sized plot of land they can call their own. Many of these new residents are white-collar workers who are now able to work remotely, but don’t want to venture too far from their offices.

“It’s far enough away [from the Bay Area] that homes are more affordable,” says Hale. “But it’s close enough that, if people are working occasionally from the office, they can get in.”

About 70% of longtime Sacramento-area real estate agent Steve Ostrom‘s clients are out-of-towners—compared with about half last year.

The housing market now “is the craziest we’ve ever seen,” says Ostrom, of Coldwell Banker Realty. “There’s just no inventory.”

For roughly $500,000, buyers lucky enough to find a home can score a four-bedroom, three-bathroom, single-family abode in the suburbs. They would pay more than double for that same piece of real estate in many parts of the Bay Area.

In Sacramento, folks can score homes at $284 per square foot—compared with $679 in San Francisco.

“We have state employment, we have an easy airport you can get in and out of,” says Ostrom. “Our traffic isn’t as bad as other places. And the schools are pretty good.”

San Jose, in the heart of Silicon Valley, is expected to remain one of the nation’s most expensive metros due to the tech industry. Even as more workers embrace telecommuting, the area remains home to companies such as Google, Apple, Facebook, LinkedIn—and even realtor.com. That’s likely to keep prices high even with the shift in where people are working.

Other perks in the area are the top-notch schools, which draw families. And it’s close to San Francisco, for those seeking a wild night out once the pandemic has ended.

While the median home price here is still among the highest in the nation, buyers get more for their money than in the Bay Area’s other reigning metro.

“San Jose has a cheaper price per square foot alternative to San Francisco,” says Hale. “It has more available land and has more new construction.”

This Southern city has long been known as a financial hub, as it’s where Bank of America is headquartered. But it now also boasts innovative restaurants, a growing tech scene, and good schools, which appeal to millennials with young families.

It’s also become a popular destination for retirees seeking warm weather and a reasonable cost of living, but who don’t want to travel all the way to Florida. And it provides easy access to both the beach and the mountains.

As the area’s popularity grows, builders are trying to keep up with new construction. And buyers can still score deals on homes, including this four-bedroom, 2.5-bathroom abode for $250,000.

What is the secret to the success of Idaho’s capital? Boise, which was ranked No. 1 last year on our top markets list, has lured Californians tired of paying high prices in the coastal cities. This mountain lover’s dream city has a burgeoning tech sector, which has attracted many millennial and Generation X workers. Retirees also like it because they can sell their homes on the coast, pocket the proceeds, and buy nice residences for much less in Boise.

Plus, they don’t have to feel like they’re missing out on big-city amenities. Boise has a hopping food and arts scene and plenty of outdoor activities, including whitewater rafting and skiing. And there is plenty of new construction going up to house all of those California refugees.

It’s not exactly a surprise that Seattle made this list. The metro area that gave us Microsoft is now also home to online retail giant Amazon as well as Starbucks and Costco. Bonus: The Pacific Northwest metro is a lot less expensive than the Bay Area.

In addition to the strong local economy, the area is also close to the water, the mountains, and top-notch wineries. There are plenty of highly rated schools. And it has all of the cultural perks that most cities offer such as restaurants and bars, museums, and major league sports teams—including the NHL’s newest team, the Kraken.

Buyers in search of a good deal can still find two-bedroom, one-bathroom townhomes within the city limits for $350,000. Or they can venture out to the suburbs, where they can get a four-bedroom, three-bathroom home for nearly $450,000.

The state capital of Arizona is another one of those cities that appeal equally to millennials and retirees thanks to its dry heat, reasonable cost of living, and plethora of golf courses (more than 400 to choose from). Like many of the other markets on this list, the area is drawing buyers from the West Coast seeking affordability. In response, builders have launched a herculean effort to put up new housing to meet that demand.

The area’s growing tech sector has been attracting millennials, along with its shopping, dining, and cultural amenities. Its business-friendly environment and seven military bases have also kept the local real estate market strong.

“Phoenix has a mix of retirees and younger people” moving in, says Hale. “It has a fair share of tech jobs and attracts more younger people than most people realize.”

Harrisburg’s appeal may lie in its location. The capital of Pennsylvania is a two-hour drive from Philadelphia and Baltimore, 2.5 hours from Washington, DC, and roughly three hours from New York City and Philadelphia. That’s practically a dream for professionals who are now able to work remotely, but want to live close enough to their offices to make the occasional appearance.

“We’re right in the center of the action,” says local real estate broker Joy Daniels. “People are wanting to leave those bigger areas, and they want to move into an area that is more rural. Harrisburg is more rural, but we have good restaurants, theater, museums, and shopping.”

The suburban city’s affordability is also another big draw. It’s the only metro on our list to have a median list price less than the national median. That makes it especially attractive to younger and first-time buyers who are priced out of the larger cities. And there are plenty of government, shipping, and health care jobs to be found locally.

While prices are steadily rising, buyers can still find a “nice” three-bedroom, two-bathroom home in the suburbs for around $250,000, says Daniels.

“In this new work environment, where you’re not going to the office every day and you can stomach a longer commute, Harrisburg could be a bedroom community to nearly every major city in the mid-Atlantic,” says realtor.com’s Hale. “On top of that, it’s a state capital and has its own industries as well.”

Oxnard is like Los Angeles’ less flashy cousin, maybe once removed. The coastal city is just an hour’s drive west of Los Angeles (if the traffic isn’t too bad), and is a lot less cheaper.

Buyers in Oxnard pay a median $413 per square foot for housing—compared with $556 in L.A. That’s a whole lot more house for the money.

That could help to explain why former residents of Los Angeles and Orange County have been flocking to the area, a mix of farmland and beaches. Buyers with a bit more cash can score beach houses for a bit less than what they would pay in Malibu or Santa Monica—although these are still typically million-dollar-plus properties.

This outdoorsy city has been hot for quite some time. There are the Rocky Mountains, the craft brewery scene, the towers rising throughout the city—and the legal marijuana. The area has also gotten a boost from its growing tech industry. Yet this rapidly expanding state capital has managed to hang on to its Western charm while cultivating a world-class dining, entertainment, and arts scene.

New buyers are drawn by these perks—as well as the real estate prices. While Denver’s housing market is expensive for Colorado, home prices are about half, if not more, of what folks would pay in some of the more desirable Bay Area communities. Plus, there’s some great skiing nearby.

“Denver is cheaper than California, and a lot of people from California are going to Denver for that affordability,” says Hale.

But the fast-rising prices have pushed some buyers out to the suburbs as well as smaller, nearby cities such as Boulder, Fort Collins, and Colorado Springs.

Riverside is similar to Oxnard in that it’s a cheaper alternative to Los Angeles, about an hour away—to the east this time, halfway to Palm Springs. Prices in the Inland Empire city, along the Santa Ana River, are less than half of the $997,000 median price tag in the L.A. metro area. That’s appealing to first-time and younger buyers as well as younger families looking for good schools. Buyers cooped up for months on end during the pandemic and eager to spread out can find larger homes on bigger plots of land in the area.

The metro is within easy distance of Disneyland, skiing at Bear Mountain, desert spas, and the beaches of Orange County.

The post The Top 10 Housing Markets of 2021—Who Made the List? appeared first on Real Estate News & Insights | realtor.com®.