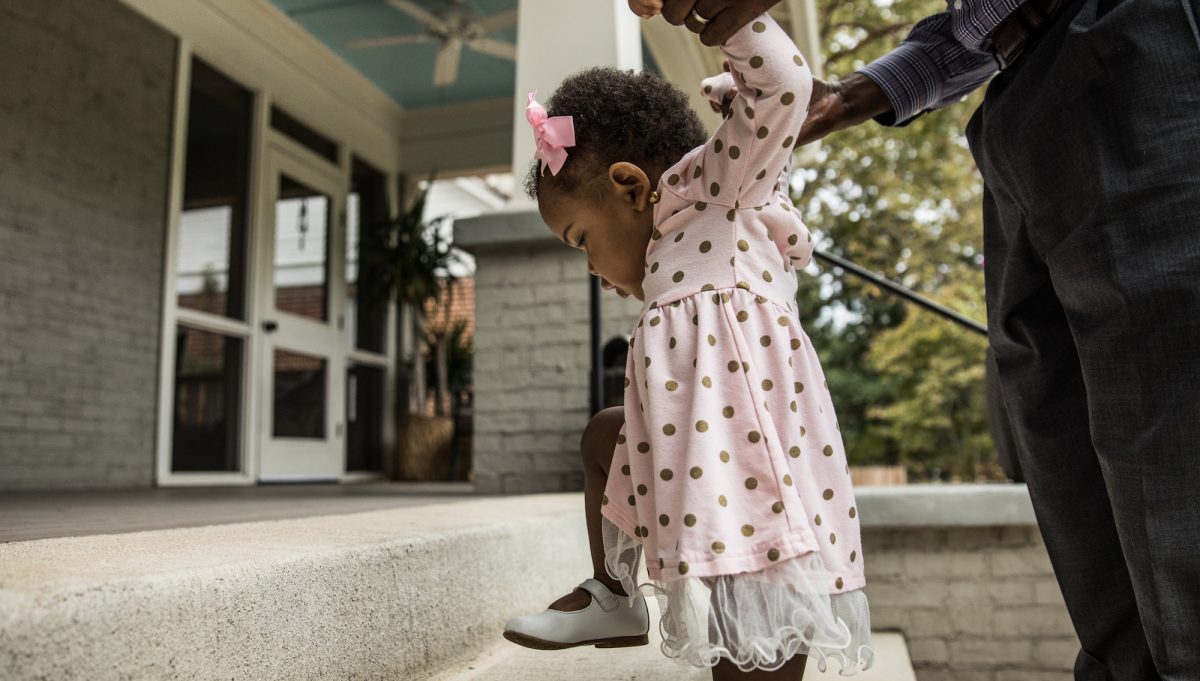 Across the nation, home prices have shot up to unheard-of heights even during the pandemic—because there are still people hunting for homes (preferably with their own yard and space for an office and home-schooling), but not enough inventory available.

Yet there are pockets of the country where the real estate market is still struggling. Oddly enough, these are places where folks can become homeowners for under $100,000— and spend less each month on homeownership than they do on rent.  There is just one big problem: Even buyers who can qualify for a mortgage, often can’t get one.

That’s because it’s typically not profitable for lenders to do small-dollar mortgages, as loans at $100,000 or less are called. And the onset of the COVID-19 pandemic may have made things worse, as lenders are even more focused on larger, more lucrative mortgages. The upshot is that would-be buyers in many communities of color, which tend to be lower-income, are unable to achieve homeownership and set on a path of building wealth.

Instead, investors who don’t live in these communities swoop in and scoop up properties in all-cash deals. The homes are then turned into rentals, with predominantly Black and Hispanic tenants who may pay hundreds of dollars more each month than they would on a mortgage. And the neighborhood suffers as locals aren’t as invested in upkeep and advocating for more resources.

“Black and Hispanic people in particular have been left out of this wealth-building opportunity,” says Sheryl Pardo, a spokeswoman for the Urban Institute, a Washington, DC–based think tank. “It’s important [to offer more small-dollar mortgages] in this era where we’re recognizing the severity of the racial wealth gap and finally trying to do something about it.”

There are plenty of more affordable homes out there. In November, there were more than 50,100 listings nationwide for single-family homes priced at $100,000 or less on realtor.com®. And they aren’t all foreclosures and teardowns.

The listings are often in smaller or midsize cities, particularly ones where the local economy has suffered. (For example, there were nearly 800 single-family homes in the city of Detroit listed for below $100,000 on realtor.com as of Dec. 22.) But these homes are also easy to find in the suburbs as well as in rural areas, where land and real estate are typically cheaper.

Watch: As the Year Winds Down, Signs of an Economic Slowdown

Despite the prevalence of these homes, just 8.9% of all mortgages made for owner-occupied homes were less than $100,000 in 2019, according to federal data collected through the Home Mortgage Disclosure Act. The rest are mostly cash sales.

“The lack of lending activity and access to credit for communities of color is a barrier of building wealth and is an example of inequity in the system,” says Gabe del Rio, CEO of the Homeownership Council of America. The national council provides technical assistance for smaller lenders such as credit unions and nonprofit organizations. “People who live in these areas and want to purchase in these ares should be able to [do so].”

The pandemic made it harder to receive a small-dollar mortgage

The pandemic, and the ensuing economic pain and high unemployment that it caused, has made it even harder for lower-income borrowers to receive small-dollar loans.

Business is booming at most lenders thanks to record-low mortgage interest rates and the rush of buyers entering the market. With a backlog of both buyers and existing homeowners seeking to refinance their mortgages, lenders can be pickier over the business they accept. That means borrowers seeking less profitable loans are more likely to lose out.

“It may be more difficult than ever for borrowers to get a [more modest] loan,” says Nadia Evangelou, a senior economist and director of forecasting at the National Association of Realtors®. “There’s such a high demand for high-dollar loans.”

The number of purchase loans was up 26.3% annually in the week ending Dec. 18, according to the Mortgage Bankers Association’s weekly survey of lenders. Refinances of existing mortgages, which allow homeowners to lock in a lower rate, were up 124.3% year over year.

But the average purchase loan was for $376,800 in the week ending Dec. 18—nearly four times higher than a small-dollar loan. That means those looking for a less expensive, humbler loan are competing for lenders’ attention with wealthier borrowers with stronger credit scores seeking much larger, pricier mortgages.

At the same time, lenders have become choosier over whom they approve as the nation grapples with a shaky economy and high unemployment. They don’t want to lend money to borrowers who ultimately can’t repay it and go into foreclosure. So they’re tightening the purse strings. That’s hurting those seeking lower amounts of money.

Why it costs more money to lend less money

“The cost to originate [these loans] keeps going up,” he says.

Some more traditional mortgage firms will make the smaller loans, such as Essex Mortgage, an Orange, CA–based firm that lends in 30 states. Essex President Roland Weedon figures these clients will eventually trade up to larger, more expensive homes and come back to them for the mortgages. The real estate agents of these customers may also be grateful to recommend their services to clients purchasing more expensive properties.

However, they may not get that full $700. Fees are supposed to make up only a certain percentage of a loan. If they exceed that threshold, a loan officer’s commission may be cut. So when adding in other fixed costs, such as appraisal, processing, and underwriting fees, lenders may lose money on making the loans, particularly those below $50,000, says Weedon.

“There are hard costs involved in processing a loan,” he says.

However, even with the best intentions, the challenges are steep.

The Urban Institute, along with the Homeownership Council of America and lender Fahe, launched the MicroMortgage Marketplace. It began offering small-dollar loans over the summer. The pilot program has $2 million in funding to make mortgages in three counties in the Louisville, KY, metropolitan area.

If the pilot is successful, the group hopes to eventually expand. However, the program has yet to make a loan.

Berea, KY–based Fahe, which lends in 15 states, received just four applications for its 30-year fixed-rate mortgages. Three borrowers were denied due to weak credit or high debt, and one applicant found another loan.

That’s despite the loans not requiring a down payment or mortgage insurance. Borrowers can also use alternative credit scores, which look at things like paying rent and utility bills on time, to qualify.

One of the main challenges is that loans in the program came with high mortgage rates around 4.5% for the 30-year fixed-rate loans—at a time when rates have fallen to record lows. Fahe has since brought rates down to 3.99%. However, that’s still significantly higher than the average rate of 2.67% in the week ending Dec. 17, according to Freddie Mac.

Those high rates may be dissuading some buyers from applying. Others may not know about the program, which has been marketed mainly through word of mouth and outreach to local nonprofit groups and real estate agents. Fahe plans to do more formal marketing in the new year.

“There is a lot of affordable housing out there,” says the Urban Institute’s Pardo. “But if you don’t have the financing and you can’t get the mortgage and you don’t have the cash on hand, [you can’t] get on the road to homeownership.”

The post Lots of Homes Under $100K Are for Sale, but Most Buyers Can’t Get One for This Reason appeared first on Real Estate News & Insights | realtor.com®.