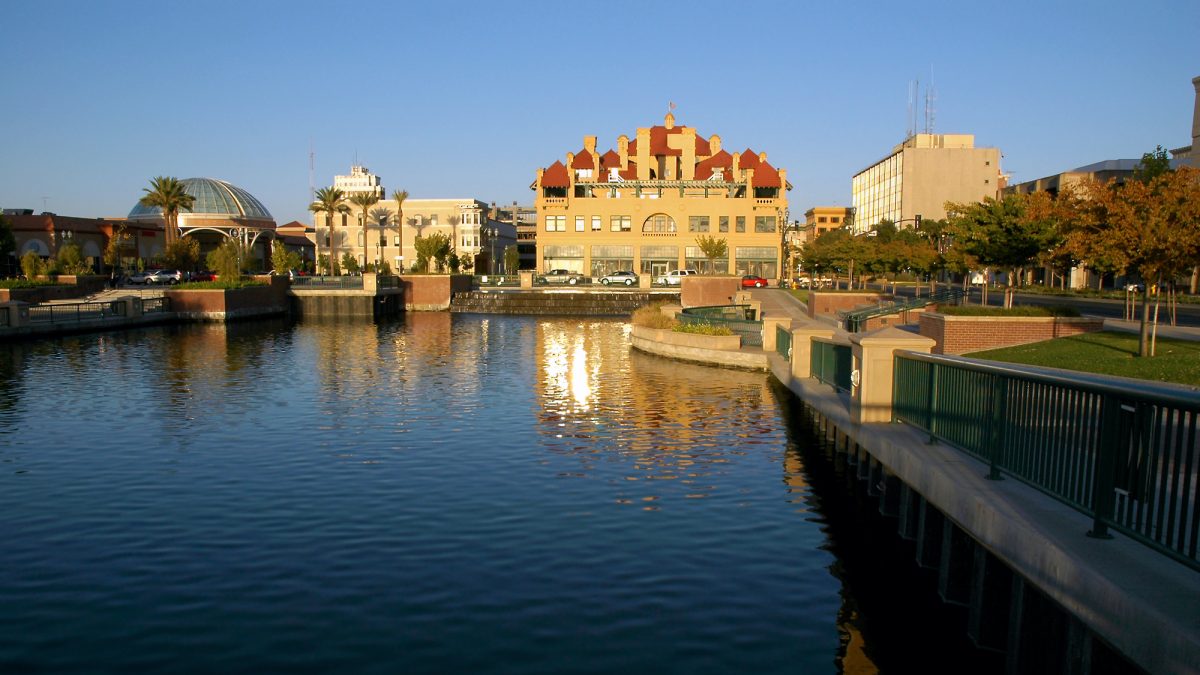 The past year was the ultimate roller-coaster ride in real estate—long upward climbs, steep drops, and no shortage of hairpin curves along the way. And the ride hasn’t come close to slowing down so far in 2021. According to the data on realtor.com® for the first month of the year, it’s clear that the coronavirus pandemic has reshaped house-hunting patterns, and is also driving a whole lot of buying activity.

Our latest deep dive into the hottest U.S. markets for real estate—those metros where homes are flying off the market and listings rack up tons of views from eager buyers—shows plenty of changes from the status quo. We’re seeing “spillover markets,” which are close to a larger metro but have lower prices, dominate the ranking. And that’s true for the market that made it to No. 1 for the first time in almost 10 years: Stockton, CA.

Stockton is a city of about 310,000 people that’s about 72 miles east of San Francisco’s East Bay area. The Stockton metro also encompasses Lodi, a smaller town of about 67,000 that has vineyards and a wine country vibe.

“What we’ve been seeing is, inventory is superlow,” says Jerry Patterson, a Realtor® with Cornerstone Real Estate Group in Stockton. “In Lodi, it’s down 56% compared with this time last year.”

“It took a couple of months for the listings to dry up—before lockdown, there was a normal amount of inventory,” he says. As in other places, homeowners have been reluctant to put their homes on the market and risk exposure to the coronavirus from potential buyers coming through.

Now, there’s a dearth of homes for sale, plus buyers flooding in from the Bay Area armed with extra cash. He estimates a 60-40 split between local and out-of-town home buyers. While the median listing price here was $480,000 in January, that’s a bargain compared with San Francisco, where it’s around $1 million.

“We’ve always seen [Bay Area buyers] come in here, but now even more so. They’re coming in hordes, but now with lots of cash,” Patterson says.

While they might not be making all-cash offers, often they’re putting up extra cash if a home doesn’t appraise at the agreed-upon selling price, to ensure a sale. Four- and five-bedroom homes are the most popular properties, although starter homes with two or three bedrooms are still in demand by younger couples and families as well as empty nesters.

Two other spillover markets for the Bay Area made the list: Vallejo, just north of San Francisco, and Sacramento, the state capital that’s farther east than Stockton. In general, smaller markets continued to grow in popularity, as they did last year, while denser, larger urban areas became less popular. The 40 largest U.S. markets dropped 27 spots, on average, since last year.

The post The Hottest Cities in Real Estate Right Now Are ‘Spillover Markets’—Where Are They? appeared first on Real Estate News & Insights | realtor.com®.