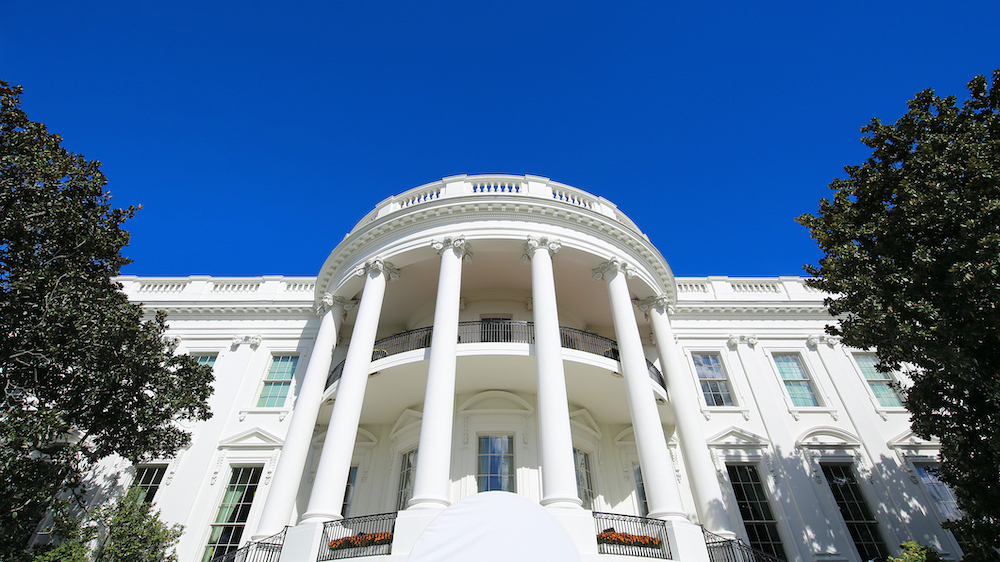 Every time a new U.S. president assumes office and moves into the White House, it’s tradition that he puts his own mark on the decor—particularly in the Oval Office.

In fact, the Oval Office may have undergone more makeovers than just about any other work-from-home space in history. As proof, home maintenance company American Home Shield studied how the design and furnishings here have changed over the past century, and rendered this evolution in nifty 3D diagrams shedding light on each president’s personal tastes.

For a fascinating peek at how Oval Office decor has evolved, check out this timeline, which highlights the biggest, boldest presidential home office design moves from 1909, under William Taft (who’s responsible for this room’s curvy shape), to John F. Kennedy (who hauled in the 1,000-plus-pound Resolute desk) to Joe Biden today.

We can credit the 27th president for moving the location of the executive office from the Roosevelt Room to the Oval. William Howard Taft was even responsible for making the room’s lines—which were already rounded at one end—more fully oval in shape. He also favored olive green for his presidential palette, silk velvet curtains, and caribou hide upholstery on the chairs.

Presidents Wilson, Harding, Hoover, and others kept the muted dark-green tones in place for years, but at last Harry S. Truman brightened up the Oval Office with a new blue-green paint job. Truman was also the first U.S. leader to install a rug with the Seal of the President—an eagle holding an olive branch in one talon and 13 arrows in the other.

John F. Kennedy was the first president to use the famed Resolute desk in the Oval Office. It weighs a half-ton and was crafted from oak pieces taken from the British warship the HMS Resolute. Kennedy further personalized his workspace with naval paintings and seascapes, while first lady Jacqueline Kennedy brought in decor help from French designer Stéphane Boudin. Some of his touches included lighter curtains, white walls, a bracing red rug, green desk chair, and pale couches.

Richard Nixon made a wholesale change in the Oval Office’s color scheme, installing navy blue and gold with the help of first lady Pat Nixon, who suggested these hues to match those of her husband’s home state of California. Nixon kept a bust of Abraham Lincoln here, as well as three different portraits of George Washington that were rotated and hung over the fireplace mantel.

Ronald Reagan didn’t leap to redecorate right away, instead waiting until his second term to put in new walnut and white oak floors and a gorgeous cream-colored rug with a sunbeam design. Inspired by the many years he spent in California before he became president, Reagan’s office featured earth tones, Western art, and a set of bronze saddles. He also had the Resolute desk altered slightly, adding a 2-inch block to its base so he could sit comfortably at it without banging his knees.

A more modern color palette of soft blue, ivory, and gold was introduced in the office of George H.W. Bush. Steel-blue draperies were brought in, along with two cream-colored sofas and newly upholstered armchairs near his desk that date to the Hoover administration. But Bush didn’t sit at the Resolute like so many before him. Instead, he’s the only U.S. president to have chosen the C&O desk as his main perch. The reason? He’d gotten used to it during the eight years he served as Reagan’s vice president.

Having lived in a gold-clad tower in New York City, Donald Trump applied his signature glitzy style to the Oval Office via gold drapes and brocade sofas. The 45th president also replaced Obama’s wallpaper with a design featuring sea scrolls, and placed a bust of Winston Churchill nearby. As for refreshment, the 45th president was a big fan of Diet Coke—and even had a red “Diet Coke” button wired on the Resolute desk, which he could press every time he needed a refill.

Joe Biden‘s Oval Office looks harken back to those of Bill Clinton, including similar drapes and a royal blue rug with red and yellow details that was actually designed by first lady Laura Bush. Biden has filled his executive suite with portraits of Alexander Hamilton, George Washington, and Franklin D. Roosevelt, as well as with busts of Rosa Parks and Robert F. Kennedy.