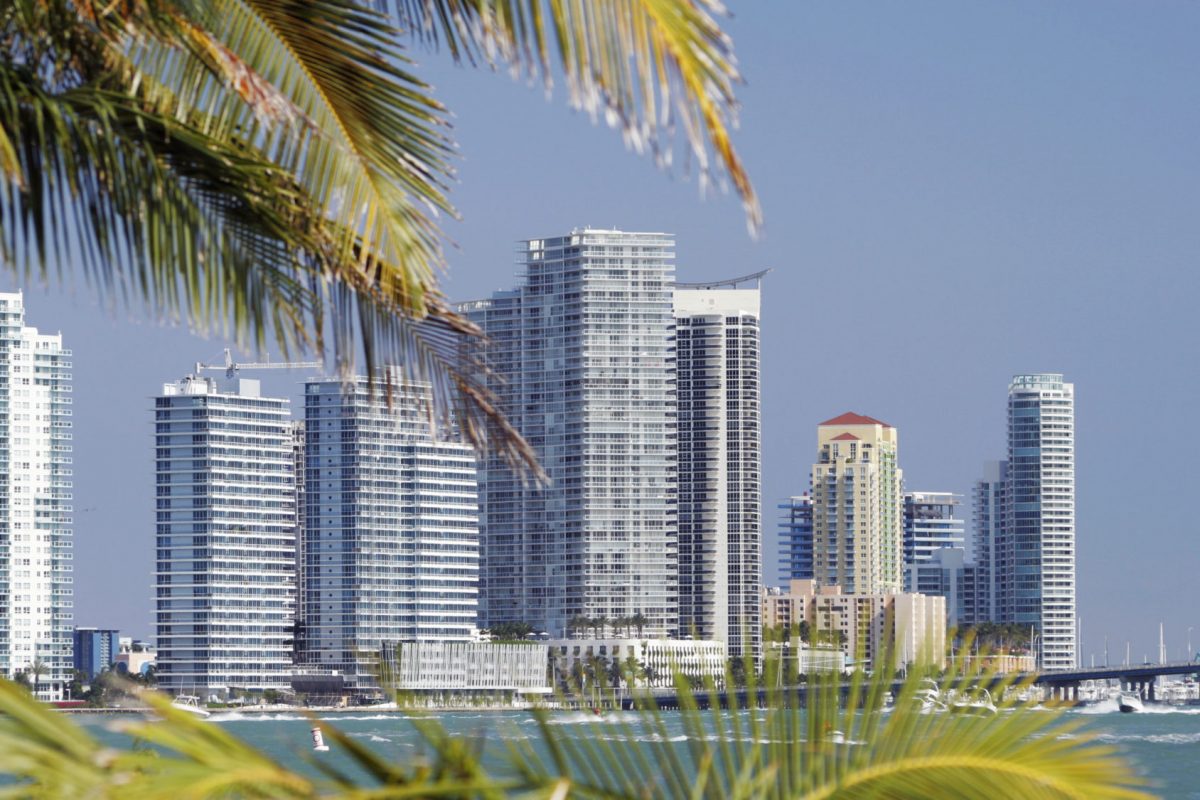 Just in case you haven’t heard, snagging a well-priced home in today’s real estate market can feel a bit like winning Powerball. It’s all about beating sky-high odds. Scant inventory, worsened by a pandemic-crush to buy new homes, has led to prices reaching new records and competition bidding them up even higher. All-cash bids and multiple offers way above asking are pricing many would-be homeowners right out of the market, or leaving them feeling hopeless.

“Demand has actually been growing stronger than supply going all the way back to 2014,” says Doug Duncan, chief economist at Fannie Mae. “It’s just that in 2020, incredibly low interest rates augmented that demand.”

In other words, we’ve found ourselves in an extreme seller’s market.

But not everywhere. The Realtor.com® data team found the places where buyers could actually have the advantage. Buyers in these spots—which tend to be smaller cities and college towns—have more properties available to choose from, and prices haven’t risen too much (if at all) compared with where they were at the start of the COVID-19 pandemic. This doesn’t mean home prices haven’t risen and the competition isn’t fierce in these cities—they’re just better than the rest of the country.

Looking ahead, buyers may get some more relief in the coming months as sellers become more comfortable listing their homes. Rising mortgage rates and the increase in inventory could slow down price gains. And while prices likely won’t drop, or at least by much, it could lead to a bit less competition.

But where can buyers get at least a little relief right now? To come up with our list of places, we looked at cities where home prices had not risen more than 10% in the past year (compared with 16% nationally) and calculated the number of homes for sale per 1,000 households—the more the better. All of the cities had at least 50,000 residents, and we limited the list to one city per state to achieve geographic diversity.

To be clear, this doesn’t mean there are a ton of homes on the market in these places—it’s just that the situation isn’t as tight as it is in other areas. Only Miami Beach, FL, which snagged our No. 1. spot, has a higher number of homes per 1,000 households than the historical national average. That’s thanks to builders putting up lots of condos, which can be lower-priced than single-family homes in some cases.

So let’s take a look at the best markets for buyers right now.

The reason Miami Beach tops this list is because of condos. Lots and lots of condos.

Before the 2008 housing crash, Miami Beach was one of the hottest markets for new construction. Then the bubble burst, shutting down most new builds. But the lull didn’t last for long, and more than 50 condo complexes were built in the area during a construction boom that lasted from 2012 to 2015. Meanwhile, in the past year, COVID-19 restrictions severely limited the number of international buyers coming into the area. All those condos and less competition from people abroad mean more chances a seller will accept an offer.

That doesn’t mean that there isn’t competition. According to Abraham Ash, a real estate broker at Multivest Realty, lots of the people who want condos right now are looking for units they can list on short-term rental sites like Airbnb. There are only a few buildings that allow that, so those units move quickly. The others? Not so much.

Locals and those who are looking to live in Miami full time are gravitating more toward other parts of Miami, like the Brickwell neighborhood downtown, where a one-bed, 1.5-bath condo can go for $242,000.

“Brickell offers newer buildings at the same price as old buildings in Miami Beach,” Ash says. “It’s more convenient, it’s central, and it’s only a 10-minute drive to the beach.”

Newburgh has gotten a pretty bad rap over the years. A decade ago, it was known as the “murder capital of New York.” But this historic, formerly industrial city on the Hudson River which had fallen on hard times is seen as an up-and-coming suburb, thanks to its scenic views, affordability, and access to New York City, about 75 miles north.

For those who love a project, Newburgh has plenty of historic homes dating to the 1800s, though those tend to move pretty quickly. A more modern single-family home with five beds and three baths will run buyers about $330,000.

When offices do open up again, the two-hour-plus commute may be a bit much for a daily trip. But those working in the office a couple of days a week can take a ferry (or drive) across the Hudson to the nearby arts destination Beacon, NY, where a train runs every hour to Manhattan.

Located in West Texas, Odessa is an oil town once home to former Presidents George H.W. Bush and George W. Bush. Because of its reliance on the oil and gas industries, the area has had its share of booms and busts over the years.

Pre-pandemic, in 2019, the price of oil dropped, leading to mass layoffs and devastating the local economy. The situation widened and worsened during the pandemic. Things are becoming more stable now, but  the unemployment rate here is still nearly double what it is nationally.

That affects the demand for housing, as there aren’t as many people with good jobs moving in or who can afford homes. That leads to more inventory and lower prices.

Once home to Abraham Lincoln, Springfield is a government town with most of its residents employed by the state or city. But it’s also home to the University of Illinois Springfield and three major health care facilities.

Like the rest of the state, Springfield has experienced a drop in population in recent years due to high taxes and retirees heading to the Sun Belt, where the weather is warmer and the cost of living is lower. From 2019 to 2020, Illinois recorded its largest population decline since World War II.

All this means there are more homes to choose from and prices are way below the national median. This recently renovated three-bedroom home is currently listed at $179,900, while a historic home in the Isles Park neighborhood is going for $122,900.

Iowa City recently ranked No. 2 on our list of best markets for first-time home buyers, thanks to its low unemployment rate and large population of young people. The median listing price last month was $305,000—significantly lower than the national average.

Students from around the Midwest flock to the University of Iowa, but some stay after graduation thanks to plenty of job opportunities. Walkable downtown neighborhoods with single-family homes are popular here, especially for young buyers.

Still, while there may be more homes on the market compared with other places in the country, prices have risen here year over year as white-collar workers who can work from anywhere have planted roots. This newly built four-bedroom home is currently on the market for $329,900.

Stamford, CT, is the headquarters of many blue-chip companies and home to their employees. It has good schools, low crime, beaches, and an easy train ride to Manhattan, all while having lower taxes than New York City.

During the first three months of this year, the number of listings for single-family homes in Stamford was about half of what it was the same time a year ago, according to a report by real estate appraiser Jonathan Miller and brokerage Douglas Elliman. As a comparison, condo listings fell by only 13%.

“We’re seeing less of a decline in supply at the lower price point than we are in the rest of the market,” Miller says. That means there’s less demand for condos, which are generally more affordable than single-family homes.

Right now, a two-bedroom condo near downtown is on the market for $289,000, while a renovated Colonial home in the Waterside neighborhood is listed for $489,000.

Though it’s the second-largest city in New Mexico, Las Cruces is considered a suburb of El Paso. This college town on the edge of the Chihuahuan Desert is home to New Mexico State University, one of the largest employers here.

Enrollment declined last fall due to COVID-19 uncertainty and remote learning, and that dragged down the local economy. But area economists forecast schools will go back to full enrollment starting in the fall of 2022, so now may be the time to buy.

Single-family homes are most popular here, especially in the classic Southwestern Pueblo style, including this two-bed, one-bath starter home for $236,000.

Hoboken is another city with easy access to New York City—and plenty of condos for sale.

But since the pandemic, employees who could work from home no longer needed that quick commute into Manhattan. So plenty of good housing options are up for grabs. Prices here aren’t cheap but certainly offer a more affordable alternative to Manhattan prices. And with plenty of bars and restaurants to choose from, there’s lots to do on the weekends or on days working from home.

Sioux Falls has become a desirable place to live in recent years, largely due to its strong economy and plenty of outdoor activities to choose from.

Prices have risen and demand is high since the start of the pandemic, but there are still more homes to choose from than in other parts of the country and better chances of finding a job. South Dakota’s largest city had an unemployment rate of 3.2% in February, compared with a national rate of 6.2%, thanks to its booming health care and banking sectors. At the end of last year, Amazon announced it would open its first South Dakota fulfillment center in Sioux Falls, which it says will add 1,000 full-time jobs by 2022.

To make up for demand, builders have been ramping up construction with a focus on condos and apartments, especially downtown. Still, there are many single-family homes to choose from, including this two-bed, two-bath for $240,000.

A college town to its core, Tuscaloosa is home to the University of Alabama and the school’s more than 38,000 students. Enrollment has spiked in the past decade, thanks to the school’s stellar football team (Roll Tide!), so builders ramped up construction to keep up with demand.

“A lot of the country underbuilt over the last decade, but we didn’t,” says Alan Tidwell, a real estate and finance professor at the university.

Sales and prices did rise in March, while inventory is about a third of what it was the same time a year ago. But homes are sitting on the market for 46 days on average, higher than what we’re seeing in some other places across the country.

The problem is affordable housing, Tidwell says. Last fall, the city voted on a moratorium on putting up megacomplexes for student housing (buildings that accommodate 200 or more students) to focus on more traditional housing like single-family homes and townhomes.

The post Skip the Bidding Wars and Head To the 10 Best Towns for Home Buyers appeared first on Real Estate News & Insights | realtor.com®.