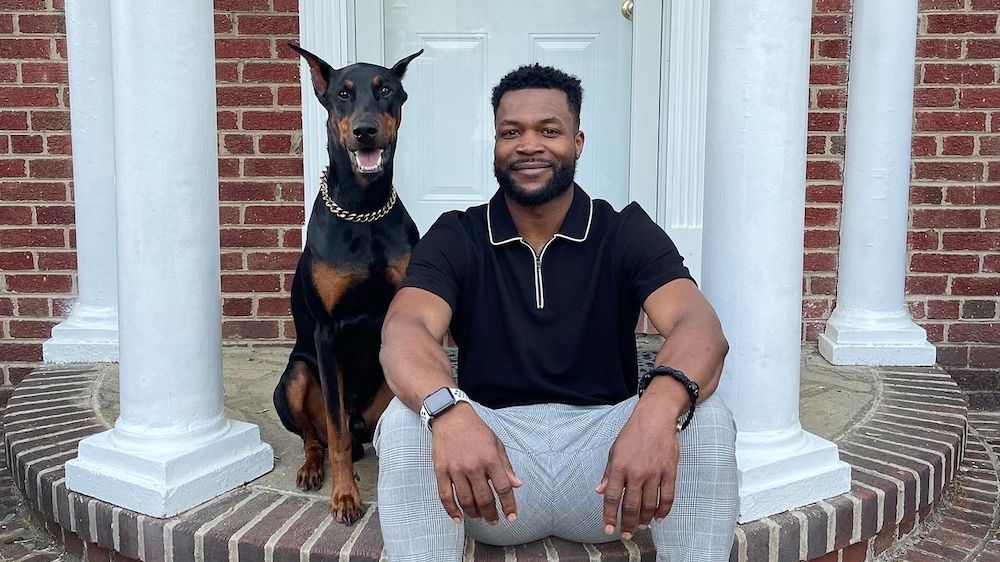 When Terrance Leonard first started seriously investing in the cryptocurrency space in 2019, his original goal was to achieve financial independence.

The long-term plan was to invest enough in crypto that he could cash out of some of those investments, purchase real-estate assets and rent those out to earn additional income. That way he wouldn’t necessarily need to a work a traditional job to make ends meet.

But then his ideal home came on the market. Leonard, who works as a software engineer in Washington, D.C., already owned a row-home. But he wanted a home with a larger yard for his dog to play in and a garage.

“I thought, ‘This is exactly what I want,’” Leonard said. “And I’m ready to pull the trigger right now.”

To afford the $650,000 home, Leonard opted to use his cryptocurrency investments to cover a down payment and as proof of funds for the mortgage he took out to buy the home — he opted for a mortgage, rather than buying the home outright, because of the low interest-rate environment.

The process, as he would find out, wasn’t as simple as transferring his cryptocurrency holdings to the relevant parties. “There was back and forth between the lender and the title company making sure that was OK,” Leonard said.

The winning crypto strategy: Think of the dot-com bubble

Around two years ago, Leonard went all-in on crypto, taking a big bet on the relatively new asset class. “When I realized the potential of crypto — and I realized how well it was doing for me in the beginning — I sold all of my stocks, my 401(k), everything and moved it all into crypto,” Leonard said.

Today, he attributes his ability to purchase his “perfect” home to the success of the investing strategy he adopted. “Without investing in crypto there would have been no way that I would have been able to buy this at the time when it came on the market,” he said.

So what was that strategy? To take a long-term approach and target coins that are well-positioned for longevity. That means no meme coins, like Dogecoin.

Instead, Leonard likes to think of the crypto market as being in a similar position as the dot-com boom was in the 1990s, before the bust. “I’m looking for the Googles, the HPs, the Oracles, ” he said.

He looks at the top 10 coins, and goes from there. Some of his investments were in bitcoin and Ethereum, but the bulk of his money went toward purchasing Chainlink, a cryptocurrency launched in 2017 that sends real-world data to blockchains.

Using cryptocurrency to get a mortgage isn’t foolproof

When Leonard bought his first home, the process was quite standard. As a veteran, he was able to take advantage of the VA loan program and the process was “pretty seamless.”

Originally, he reached out to his lender, Veterans United Home Loans, to see if he could refinance the loan on his first home to convert it into an investment property, which would allow him to get a VA loan for his new home. Ultimately, that wasn’t possible.

So when Leonard had to get another loan to purchase the property that caught his eye, he figured he would use his crypto profits for his down payment and the earnest-money deposit. This time around, the process wasn’t as seamless.

“There were some issues with proof of funds,” Leonard said. “I just wanted to be able to say, ‘Here’s my wallet.’”

He couldn’t just transfer over the crypto investments or show his account on Coinbase to satisfy the lender and his title company. Instead, he needed to cash out into a bank account, like someone might do with money earned in the stock market.

The process might have been easier had Leonard sought out a home from a real-estate broker who specializes in transactions involving cryptocurrency. Some brokerages have begun listing properties where the seller only wants to be paid in cryptocurrency, sometimes specifying a specific investment vehicle. Unfortunately for Leonard, those brokerages didn’t have the types of properties he wanted, plus he wasn’t necessarily inclined to make an all-cash (or rather, all-crypto) deal.

“We had the lowest interest rates in a very long time, so I was not going to pass up on that opportunity,” he said, adding that he’s more likely to see a better return on his crypto investments, even after taxes, than he would if he sunk all his money into the home.

For lenders, the paper trail is key

In the mortgage and real-estate industries, the use of cryptocurrency investments to purchase homes is still very much a novel concept. And lenders are still wrapping their heads around how to treat those assets.

Crypto is such a new concept that even determining how many loans have involved home buyers with crypto investments is a challenge, said Chris Birk, director of education at Veterans United. “Mortgage origination software doesn’t have fields for tracking something like this,” Birk said.

Right now, lenders are flying blind with these prospective borrowers, as regulators and other mortgage entities are only just beginning to put out guidelines for how to gauge the soundness of crypto assets.

Fannie Mae, one of the two government-sponsored enterprises that securitizes a majority of the mortgages nationwide, requires proceeds from bitcoin and other digital currencies to be converted into U.S. currency for them to be eligible assets when underwriting a loan. Fannie also requires documentation showing the digital currency was owned by the borrower.

However, Freddie Mac does not consider cryptocurrency to be an eligible source of funds. And other agencies have yet to provide any specific guidance. The Department of Veterans Affairs has no regulations in place that specifically reference cryptocurrency, an agency spokesman said. But the VA does require verification of deposits.

Lenders will generally request a paper trail, demonstrating a 30- to 60-day transaction history for the crypto account. But, as Birk noted in a recent blog post, cryptocurrency accounts don’t always provide monthly statements as a bank would. And for the time being, lenders will expect borrowers to cash out their crypto investments early in the process.

In part, this strict approach is reflective of mortgage companies’ responsibilities to flag potential criminal behavior, including money laundering. Underwriters need to be able to see potential red flags, which isn’t as easy with crypto wallets per se.

Despite the hassles he faced with buying his new home, Leonard isn’t deterred from investing in crypto. Right now, he still earns enough from his remaining crypto investments to cover the mortgage payments on his former home.

“I’m not in a rush to sell,” Leonard said. “I want to make sure that I make the right financial play.”