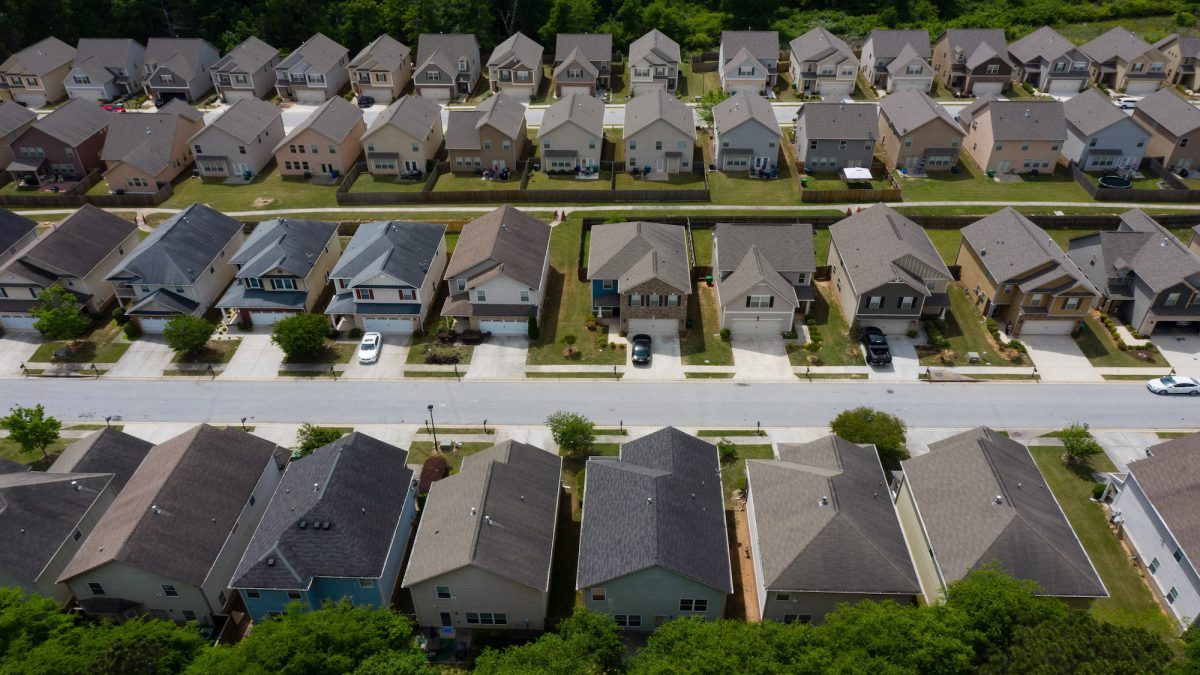 The numbers: More Americans signed on the dotted line to buy a home last month, but the factors that have tested the nation’s housing market are likely to eat into sales in the months to come.

Pending home sales rose 8% in May compared with April, the National Association of Realtors reported Wednesday. Economists polled by MarketWatch had projected a 1% decrease for pending home sales in May.

Compared with a year ago, pending home sales were up 13.1%, but at that time last year home sales activity had fallen amid the onset of the COVID-19 pandemic.

“May’s strong increase in transactions—following April’s decline, as well as a sudden erosion in home affordability—was indeed a surprise,” said Lawrence Yun, chief economist at the National Association of Realtors. “The housing market is attracting buyers due to the decline in mortgage rates, which fell below 3%, and from an uptick in listings.”

The pending home sales index reflects real-estate transactions where a contract was signed for a previously-owned home, but the sale had yet to close, benchmarked to contract-signing activity in 2001.

What happened: All regions saw an uptick in sales, led by a 15.5% surge in the Northeast. The South saw the smallest increase, with a 4.9% uptick.

The big picture: The uptick in pending sales could be sustained, Yun argued, because of the strong stock market and rising home prices. He predicted that more homes will be listed in the latter half of the year, which would help to slow the pace of home-price growth.

Still, economists generally anticipate that the second half of 2021 will see a slowdown in real-estate transactions. To get an idea of where home sales are headed, look no further than the data for mortgage applications.

“Sales lag mortgage applications, and the 26% plunge in the latter between December and April is now working its way through the sales numbers,” Ian Shepherdson, chief economist at Pantheon Macroeconomics, wrote in a research note. He went on to argue that “sales will soon hit bottom, given the flattening in mortgage demand over the past couple months.”

The latest mortgage-applications data from the Mortgage Bankers Association would back up that prediction. The trade group’s index that measures the volume of applications for loans used to purchase homes was down 17% from a year ago as of the week ending June 25, and had declined 6% from the previous week.

The loan-application data also pointed to the challenges buyers are facing that are inhibiting sales from maintaining the breakneck pace of the past year. “The average loan size for total purchase applications increased, indicating that first-time homebuyers, who typically get smaller loans, are likely getting squeezed out of the market due to the lack of entry-level homes for sale,” Mike Fratantoni, chief economist at the Mortgage Bankers Association, said in the report.

The lack of housing inventory has limited how many sales can happen, while also driving up the price of homes. Now that mortgage rates are rising again, many home buyers could be pushed out of the market as purchasing a property becomes less and less affordable.

What they’re saying: “We believe existing home sales are going to see much harder year-over-year comparisons for the remainder of the year, as the base for comparison moves away from the slump generated in the early months of the pandemic and into the surge in home sales that followed,” said Ruben Gonzalez, chief economist for Keller Williams.

“With the pressure on sales from the lack of inventory and rapidly rising prices, we are likely going to see sales start moving toward single digit year-over-year growth and perhaps some year-over-year declines in Q4, due to last year’s divergence from normal seasonal patterns,” Gonzalez added.

“Although we are beginning to see an improvement in the supply of existing homes for sale and the cost of building materials moderate, which should lead to more new construction, a larger increase in supply is key to rebalancing the real-estate market,” said George Ratiu, senior economist at Realtor.com.

Market reaction: The Dow Jones Industrial Average and the S&P 500 were both up slightly in Wednesday morning trading ahead of the report’s release.