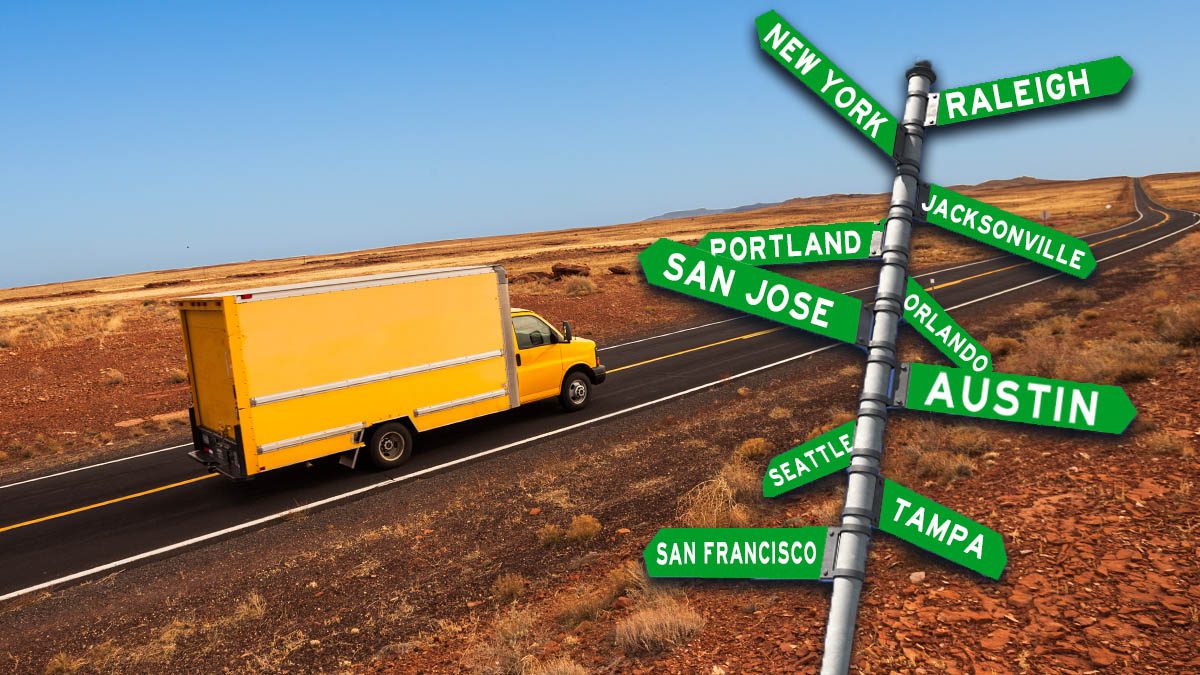 As rental prices continue to spike, many renters are on the hunt for new cities to move to.

Remote work life, price fluctuations, and COVID-19 restrictions are leading more renters to pick up and go as they seek out more affordable places to live, according to data released by rental listing website Apartment List’s quarterly Renter Migration Report. And some of the hottest, tech cities such as Silicon Valley’s San Jose, CA, Raleigh, NC, and Austin, TX, are seeing some of the most turnover as renters cycle in and out of these areas.

The report was based on rental searches on Apartment List between July 1 and Sept. 30. Metros include the main city and surrounding towns, suburbs, and smaller cities.

“We’re definitely seeing the remote work flexibility effect,” says Rob Warnock, senior research associate at Apartment List. “The pandemic really shifted people’s priorities and what they want out of their living space, coupled with affordability becoming a scarce commodity. People are rethinking where they want to be renters, what fits their personal lifestyle and economic situation.”

Indeed, rents in cities have dramatically increased across the country in 2021. Nationally, median rental prices bounded up more than 16% since January. In some hot cities, the increases were more than double that jump.

Tech hot spots where many residents can work remotely are seeing some of the greatest percentage of renters moving in and out. Raleigh and San Jose in particular had the highest number (more than 50%) of renters searching to move away from and to the cities. Austin is also seeing a high degree of turnover.

“These cities are in a tech-friendly part of the country where we know remote jobs are most prevalent. Some people are going to take advantage, while others are saying, ‘This is my opportunity to move to a city and afford something that was once unaffordable,’” Warnock says.

There are only fewer than a half-dozen cities where rent prices are still lower than they were before the pandemic. Two of the most expensive places in the country, San Francisco and San Jose, are some of those regions where there is still technically a discount to be had, according to Apartment List estimates.

But that doesn’t mean bargains abound. In San Francisco, the average rental price for a one-bedroom apartment was $3,300, while it was $2,809 in San Jose, according to Apartment List.

Florida continues to be a hot spot for New Yorkers

New Yorkers continue to be hot for Florida, with its warm weather and no income tax. About 14% of renters from New York were searching for homes in the Sunshine State. And 10% were hunting in lower-priced Pennsylvania, and another 10% were looking in other parts of New York state. About 7% were looking at California properties.

Miami is the No. 1 city for New York City renters, with 6.1% of searches leaving the Big Apple. The Florida metros of Tampa, Orlando, and Jacksonville are other areas New Yorkers are searching for homes.

While New Yorkers continue to plant new roots in Florida, there’s been an influx of new renters coming from California as well, says Rose Kemp, an Orlando-based real estate agent with Re/Max Town Center. She also noted the “snowbird” trend of older renters leaving Northern states in the winter for warm weather is continuing.

“We’re getting people coming in from all over, and more so from new places like California. That’s never happened,” she says. “We’re seeing more people leave cold-weather states from New York, New Jersey, and Pennsylvania. We can’t build enough apartments fast enough. Our inventory is low, and rentals are in hot and high demand.”

Most renters looking to make a move to another city are coming from California, according to the Apartment List report. Renters hailing from the Golden State have their sights set on Alaska, Hawaii, Washington, Oregon, Nevada, Arizona, Utah, and Texas. Nevada in particular is where more than half of all apartment searches came from among people living in California as it’s a cheaper, nearby alternative.

More California renters seem to be increasingly affected by the state’s progressive politics, and potentially its COVID-19 restrictions, the report suggests. California’s net population took a record hit in 2020, when it lost more than 182,000 residents in the wake of COVID-19, according to the Associated Press.

High state taxes could also be a reason for the exodus. The average sale price of a single-family home in California spiked 23.9%, to $758,990 in March, compared with the same time period last year, according to the AP.

“The way state governments and local leaderships are running cities and states is having a huge effect on whether they want to stay or not,” says Kemp.

The post Renters Are Moving in and out of These Hot Cities the Most appeared first on Real Estate News & Insights | realtor.com®.