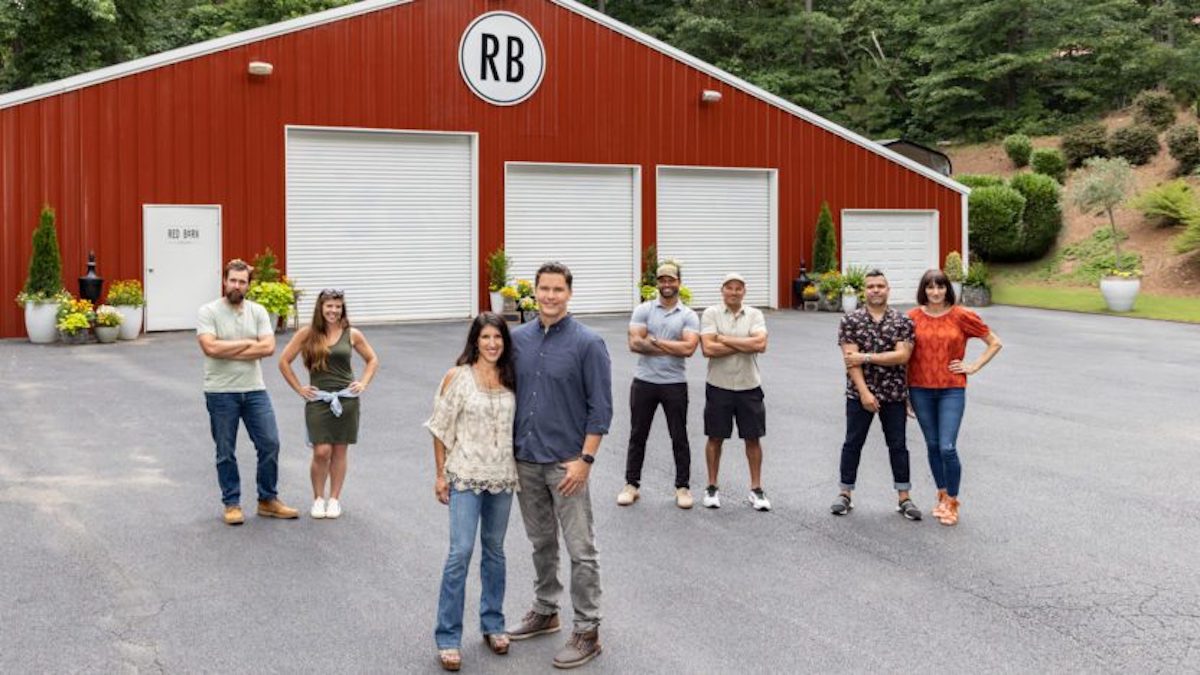 Anita and Ken Corsini, famed for flipping homes on HGTV’s “Flip or Flop Atlanta,” are now sharing their hard-won wisdom with others on their new series, “Flipping Showdown.”

In the show (which premiered Nov. 17), the Corsinis mentor three teams of flippers who each renovate a fixer-upper. In the end, the best team will win the grand prize of $100,000, plus the chance to grow their real estate franchise with Ken and Anita’s company, Red Barn Homes.

Curious about what it’s like to teach new flippers the ropes, we talked to Anita and Ken about their new show, how much has changed with renovation these days, plus one huge mistake they made early on that taught them an important lesson.

How did ‘Flipping Showdown’ come about?

Ken: This show has sort of been in the works since 2020. Earlier in the year, we started having conversations with HGTV. We had a show concept, they had a show concept, and we sort of started meshing and melding. We fine-tuned it over a number of months into “Flipping Showdown.”

How is this show different from ‘Flip or Flop Atlanta’?

Ken: We really did luck out with talented teams that did a very good job, and really all three could have won. It’s legitimately a pressure cooker. It’s funny because on “Flip or Flop,” I feel like we probably come across as just house flippers goofing off, you know?

Anita: [On “Flip or Flop”], it’s our money; it’s our house. If we make that decision, it’s on us. But when you’re handing that money over to somebody else, then that’s tricky.

Some of these competitors are relatively new to the business. Were there any big mistakes you had to head off?

Ken: For the most part, we’re giving these teams a lot of latitude. But if you’re going to do something that’s really going to screw up the house, we’re going to veto if we have to.

Anita: At the end of the day, I’ve got to sell this house, right? And I want to sell it fast.

Ken: There was only one time we had to veto, and it was because we saw a paint chip. I’m not going to say what team or what house. They were going to paint the entire house straight-up Smurf blue. We’re like, “Not a chance. No, we’re not going to pay to have this house painted twice.”

Anita: But it was the 11th hour and we just happened to figure this out.

Ken: It wasn’t even floated by us. Their guy was on the way to the store to buy the paint. So we had to make sure they got the message.

Are there any big mistakes you two made in your early days?

Ken: We’ve learned over the years to stay in our lanes. Like, what am I good at? What are you good at? And I learned early on: I’m not good at design. I’m not going to choose colors.

I remember I picked a green color for a house, and I found it online. Our painter goes out and paints the whole house, and it literally looked like a Kermit the Frog house. It was the worst, and he painted the whole thing. Like, it was too late to do anything about it, and nobody on our team has ever let me live that down. They are like, “Ken, you are not allowed to choose colors,” and I said, “OK, you’re right. I’m done.”

Anita: Part of that is Ken is a fast decision-maker. I’m much more careful and put a lot of thought into things.

Are there any houses you regret buying?

Ken: You buy a thousand houses, you’re going to have some humdingers in there. There were a number of years where we were flipping a hundred houses a year and when you’re making so many decisions, you can’t possibly know the ins and outs of every house. You can’t always know that you’ve got foundation issues or that next door is a crack house; it’s all the different things that can weigh into making it a difficult house to flip. So yes, lots of houses that we bought over the years we wish we hadn’t bought. It’s the nature of the business, especially at scale.

Anita: There are all sorts of obstacles that can potentially happen, like foundation problems that double the budget. And city issues of getting permitting that made it take six months to get started on a renovation, and then by the time you go to sell it, there’s no money to be made because the margins are narrow. I mean, you name it.

Ken: There’s always that big chance that you can flop.

The market is tough for homebuyers right now. Got any advice on making their offers stand out?

Anita: It’s very hard because of the hedge funds that are out there offering cash. Those are homes that are getting 10, 15 offers, and it’s really difficult to stand out if you’re Joe Buyer with FHA financing. You need the right agent. You’ve got to have someone who knows how to write an attractive offer.

Anita, Is there any particular look or design that you love right now?

Anita: I always have an undercurrent of a boho Persian theme because I’m Persian. I can’t help it.  So yes, there’s always a little bit of that. I’m actually working on a line of home goods, so it’s fun to kind of thread my culture through it.

I’m really into an olive green color, and I don’t know if it’s because I’ve been gardening so much, but I am a big proponent of design what you love. Don’t design for the trend.

When you’re house flipping, trends will sell. So you can do that and use that. But if I’m really helping you develop a home that you love, I’m going to start with what do you love? What makes your home feel grounded and comfortable for you?

You two were college sweethearts. What’s it like working together?

Ken: Like the deck color I just chose last week. It’s funny. I made this mistake probably 15 years ago and said I would never choose another color again. But occasionally, I will step into her lane and make really bad decisions, which I did last week.

Anita: We had to pick a paint color for our deck. It was just pressure-washed and needed to get painted.

Anita: And we have a pink deck now.

Anita: You just have to shake it off and laugh about it.

The post Exclusive: ‘Flipping Showdown’ Stars Reveal Their Worst Renovation Mistakes—and Why You Might Do Them Too appeared first on Real Estate News & Insights | realtor.com®.