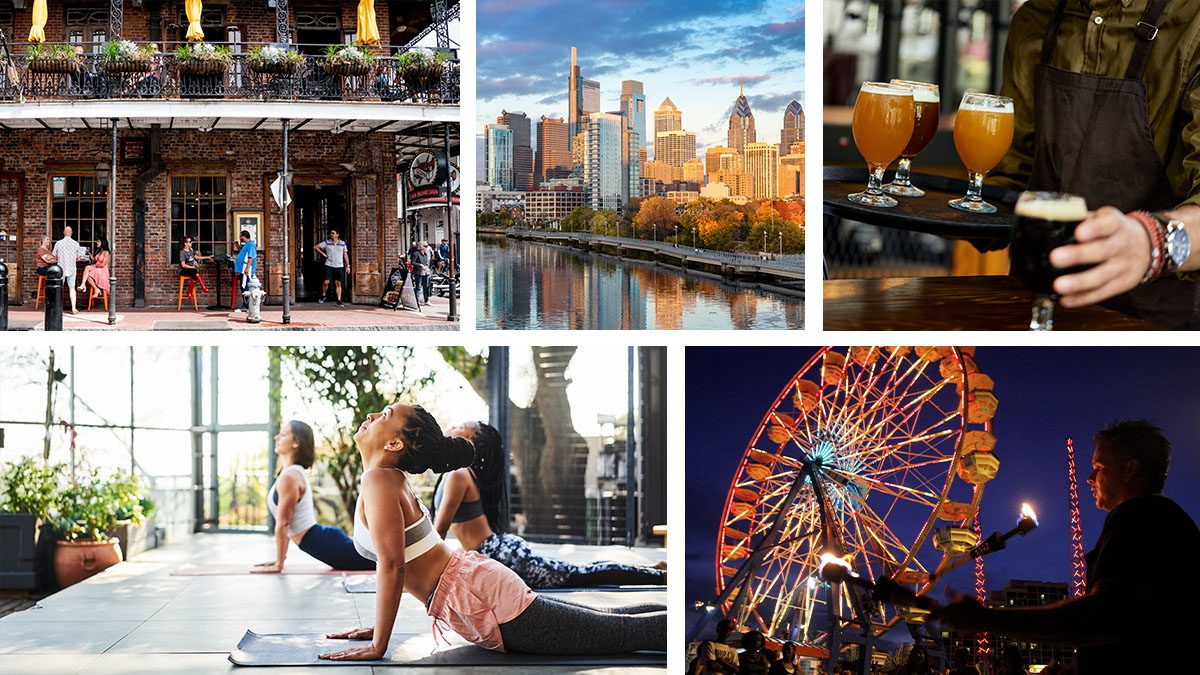 Much like every new tech startup is dubbed “the new Uber,” it seems whenever a newly hip and fashionable town or neighborhood emerges someplace in the U.S., it gets tagged “the next Brooklyn.”

After all, the New York City borough has become shorthand for an area packed full of craft cocktail–guzzling, bike-commuting, indie rock–loving, tight T-shirt-wearing residents—that rarefied species once commonly known as “hipsters.” They usher in the totems of trendiness, from adventurous shops and restaurants, to art installations and cool public spaces, to artisanal pickle shops and luxury beard-waxing salons. Status and livability shoot up, as do home prices.

Certain Brooklyn neighborhoods like Williamsburg made the full transformation from shabby to chic—from urban blight to the land of one-bedroom rentals for a median $3,500 a month—in the relative blink of an eye.

So how do you lock in on the next hot spots, before home prices go into the stratosphere and over-gentrification sets in?

Just in time for the new year, our team of data wizards set out to find affordable metros that have lots of cool things to do and emerging cultural scenes. These are the sorts of places with bike shops, breweries, food trucks, and farmers markets, where younger buyers can still find relatively affordable starter homes.

What we found were mostly smaller cities in the Northeast and Midwest as well as a few larger ones in the South—the kinds of places where residents tend to make less money than in the bigger, flashier cities and home prices are still reasonable. Some have managed to fly under the radar, attracting fewer outsiders who can push up home prices when they arrive by bringing more cash to the table, says Danielle Hale, chief economist of Realtor.com®.

“The fact that these gems have remained relatively hidden has helped them maintain affordability,” Hale says.

So how’d we figure it all out?

To come up with our list, the Realtor.com data team looked through the country’s 300 largest metro areas in search of ones that have a young, culture-rich urban experience but also plenty of affordable homes for sale.

To be included, each metro had to have plenty of amenities loved by the trendy set: yoga studios, breweries, and art house theaters, to name a few. Each metro recorded an increase in the population of 25- to 34-year-olds moving to the area from 2018 to 2019, according to the latest data available from the U.S. Census Bureau.

In order to weed out areas that could be out of reach for first-time homebuyers, we limited the list to places where the median home list price was $400,000 or less in November by using Realtor.com listing data. (Metros include the main city and the surrounding suburbs, towns, and smaller urban areas.)

Ready to take a walk on the trendy but oh-so-affordable side?

For the past decade or so, this waterfront city in the South, home to Savannah College of Art and Design, has been luring new residents who seek a calmer pace of life—albeit one drenched in history and unique culture.

The city features pedestrian-friendly blocks dotted with oak trees and great restaurants—from old-school stalwarts like Mrs. Wilkes Boarding House to New York imports such as the Fat Radish, and even The Grey, whose chef nabbed a James Beard award in 2019.

Because of its artsy scene and large numbers of tourists visiting from across the country, the city is more diverse and accepting than other cities in the South.

“Savannah is purple politically,” says writer and comedian Nichelle Stephens, who moved here a few years ago from New York City. Translation: A good mix of differing viewpoints is reflected throughout the city.

Buyers who want to live near the historic core—and take advantage of the city’s moving incentive—can find condos in the $400,000 range, including this one-bedroom listed at $350,000 and this charming two-bedroom townhome asking $425,000.

New Orleans might be best known for its debauched Mardi Gras festivities, but locals know that the real life of the city extends far past tourist meccas like Bourbon Street—a dynamic, still-rebounding urban mecca that’s home to artists, musicians, amazing food, and cultural attractions ranging from family-friendly to freaky.

Throughout the city are hip cafes, fun bars, and more great restaurants than most denizens will ever have time to sample. Magazine Street in the Lower Garden District, for example, boasts vintage boutiques, record shops, killer breakfast spots such as Molly’s Rise and Shine (owned by the folks who operate iconic sandwich spot Turkey and the Wolf), and relatively affordable condos.

The City of Brotherly Love is chock-full of culture, history, and quaint neighborhoods that have been dubbed “the next Williamsburg”—for a fraction of the price.

Fishtown, for example, is home to some of the trendiest boutique hotels in the city. They include Lokal Hotel and Wm. Mulherin’s Sons Hotel, which boasts midcentury modern rooms right above the hotel’s Italian restaurant.

In this trendy hood, homebuyers can score nice places for less than the cost of rent in Brooklyn. They include this sunny two-bedroom townhome asking $349,000 and this three-bedroom townhome on the market for $359,000.

New York City is famed for its pizza, but many would argue that the best pies in the nation are in New Haven, a two-hour train ride away.

The city’s renowned clam pizzas may not be the primary reason NYC residents have been relocating to Elm City, but they probably don’t hurt matters. Since the pandemic hit, New Yorkers have been packing up their apartments for large homes with yards near the water in this historic Connecticut metro.

While the beach is certainly a draw, this college town, home to Yale University, also has the restaurants, cafes, yoga studios, and other hip amenities urban folks want.

For under $400,000, it’s possible to get a giant spread such as this six-bedroom, multifamily Queen Anne listed at $395,000 or this two-bedroom condo with views of the Quinnipiac River and East Rock on the market for $234,900.

The artsy hub of Sioux City is essentially the museum capital of the tri-state region of Iowa, South Dakota, and Nebraska. It boasts the Sioux City Art Center, which highlights artists from the region, the Lewis and Clark Interpretative Center, the Sioux City Public Museum, and far more.

Known as “Little Chicago” during the wildest days of Prohibition, Sioux City is tamer these days. The city has implemented programs to get residents walking, eating well, and spending time together in the community. It has yoga studios, dance studios, and other wellness options along with dozens of cafes for gathering with neighbors.

Real estate is much more affordable here than in the rest of the country, so residents don’t have to stress as much about paying the bills. Nice homes can be bought for under $200,000, including this four-bedroom Colonial right near Grandview Park for $159,950 and this brand-new two-bedroom, one-bathroom on the market for $140,000.

There’s a reason out-of-town buyers flooded New York’s once-sleepy state capital during the pandemic: affordability. Homes in the Albany metro go for less than half of what they cost the New York metro (which has a median price of $655,000). And die-hard New Yorkers don’t even need to leave their state.

In addition to lots of outdoor activities on nearby mountains and lakes, the home of the State University of New York at Albany offers all the yoga, coffee, breweries, and restaurants a city person could dream about. And unlike other major cities, the restaurant scene here actually grew during COVID-19.

White-collar telecommuters from as far as California have been taking advantage of the trendy amenities and comparatively low cost of real estate. A three-bedroom, single-family home that’s walking distance to historic Madison Theatre, Saint Rose restaurants, and more is listed for $157,000.

The blue-leaning city is a gay-friendly haven that presents annual Outfront Awards to local people and businesses ​​that have made strides for lesbian, gay, bisexual, transgender, and queer equality in the community.

House hunters can find nice homes in great locations for under $200,000, including this $179,000 three-bedroom ranch within walking distance to WMU. This historic five-bedroom home asking $120,000 is located in the charming Stuart neighborhood right near lots of dining and entertainment.

“Sawdust City” has been earning a reputation for a whole lot more than its lumber mills.

Located about an hour and a half east of Minnesota, Eau Claire has been reinventing itself as an outdoor and cultural paradise with boutique hotels, farm-to-table restaurants, and an $80 million arts complex at the crossroads of two gorgeous rivers.

Because it’s still somewhat under the radar, buyers can find nice homes in walkable areas such as this two-bedroom Craftsman with a lilac-lined driveway asking $214,900

Baltimore boasts great restaurants, cafes, breweries, and much more throughout its historic neighborhoods. Bonus: It’s way more affordable than nearby Washington, DC, where the median-priced home was $505,000 last month.

The growing food scene has been gaining recognition from the James Beard Foundation, which many consider the Oscars of food. They include Outstanding Bar Program nominee Clavel Mezcaleria and Cindy Wolf as Best Chef in the Mid-Atlantic. There’s no shortage of eating establishments to explore here.

In Canton, walkable from the trendy Fells Point area, buyers can get into a renovated one-bedroom condo for $179,000. In Hampden, the indie shopping mecca of the Mid-Atlantic, it’s possible to buy an updated two-bedroom townhouse for $219,900.

Orlando may be best known as the home of Mickey and Minnie Mouse, but many newcomers to O-Town are drawn for reasons that have nothing to do with Disney.

They include Christopher Wray, a musician who moved to Orlando from the Miami area a few years back. He’s found his way into the local music scene and regularly frequents new restaurants, breweries, and cocktail bars.

While he knew it was a great place to raise a family, Wray says he has been pleasantly surprised by all the amenities and activities for younger adults.

The home of the University of Central Florida has lots of great restaurants, breweries, cafes, and art house theaters that regularly host community events.

Buyers can dig around a bit to find deals in hip neighborhoods such as this two-bedroom home asking $300,000 in College Park and this midcentury modern three-bedroom on the market for $340,000 in Audubon Park.

The post Where the Cool Kids Are: 10 Trendy U.S. Metros Where You Can Still Afford To Buy a Home appeared first on Real Estate News & Insights | realtor.com®.