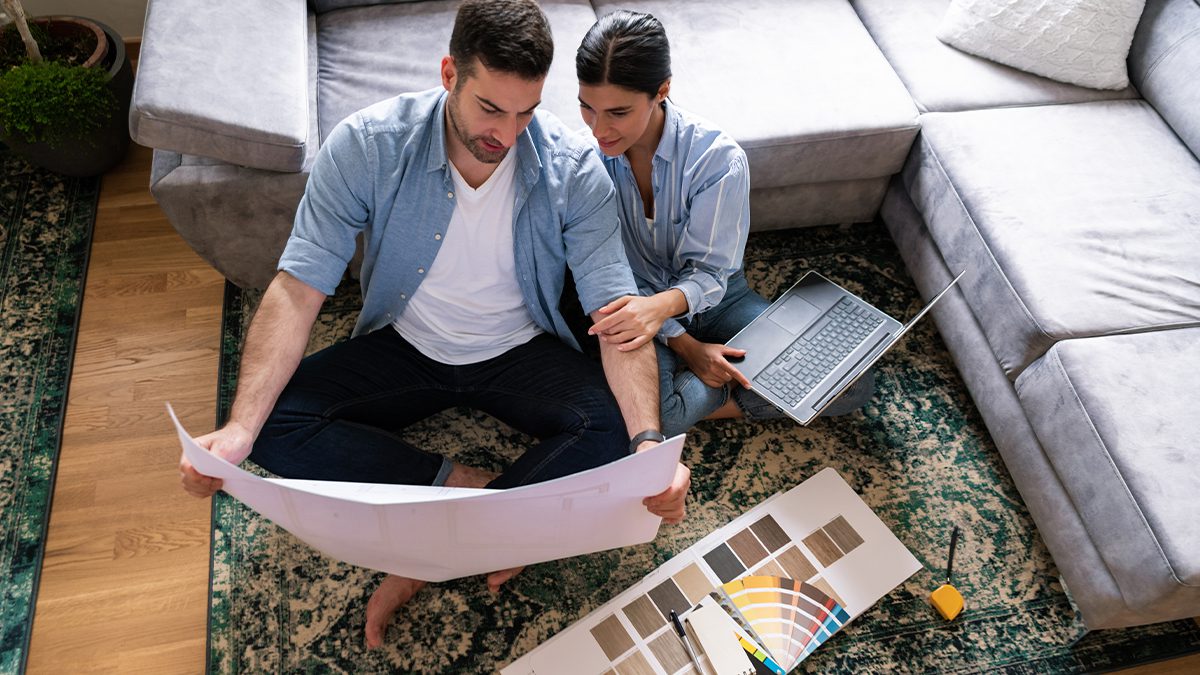 First-time homebuyers may assume that once they purchase their home—an expensive feat these days—they are done bleeding money. However, they may not be properly budgeting for common home improvement projects, which can be substantial.

Many Americans are underestimating the price of many popular home improvement and maintenance projects, such as installing new windows, doing the landscaping, and painting the interiors, according to a recent HomeAdvisor, powered by Angi, survey. And that’s likely becoming a bigger problem as labor shortages, global supply chain snafus, high inflation, and the rising costs of building materials are delaying projects and causing them to cost significantly more than they did before the COVID-19 pandemic.

The digital marketplace, which connects consumers to local home services, surveyed more than 900 people in October about home improvements and how much various projects cost.

“While material costs may have exacerbated the discrepancy between estimated and real costs for home improvement projects, it was not the main driver,” says Mischa Fisher, chief economist at Angi. (After a merger, HomeAdvisor is now HomeAdvisor, powered by Angi.)

“People typically don’t realize the complexity involved in home improvement projects and consistently underestimate their costs,” says Fisher. “For example, someone putting in new flooring may consider the cost of the new flooring material, but fail to include the additional costs of the demolition and removal of prior flooring, removal and replacing of appliances and/or cabinets, site preparation and cleanup, and, most importantly, the high-quality labor needed to do each of these steps.”

About 4 in 10 people didn’t realize how much it would cost to have windows installed. Meanwhile, more than a quarter underestimated the price to have the interiors of their home painted, a popular pastime during the pandemic as folks were stuck inside. And almost 1 in 4 lowballed how much landscaping costs—by about 67% on average, according to the survey.

For example, professional painters charge anywhere from $200 to $800 to paint a 10-by-12-foot room, according to HomeAdvisor. Those who do it themselves will typically spend between $100 and $300. However, survey respondents estimated it would cost them about half of what they would spend if they did the job themselves.

Many Americans also underestimated landscaping costs—by about two-thirds of the price of getting the job done. About a quarter of households completed a landscaping project in 2020, when the pandemic hit.

A mismatch between what folks think something costs and how much it actually does would help to explain why about two-thirds of Americans say home maintenance projects are stressful. Men were less likely to say fixing up their abodes was stressful, at 58%, compared with 43% of women.

HomeAdvisor experts advise folks to tack about 5% to 10% onto their initial project estimates to account for future price fluctuations on materials, appliances, and other items.

To save money, folks can also opt for repairing or refinishing what they already have instead of replacing them. That could mean painting dated kitchen cabinetry or home siding rather than buying new.

“For any home improvement, it’s important to get multiple estimates before signing a contract,” says Fisher. “And remember, the cheapest option isn’t always the best. Consider the quality of the work, ask for references, and check ratings and reviews online before deciding who to hire.”

The post The Price Is Wrong: Many Underestimate These Home Improvement Costs appeared first on Real Estate News & Insights | realtor.com®.