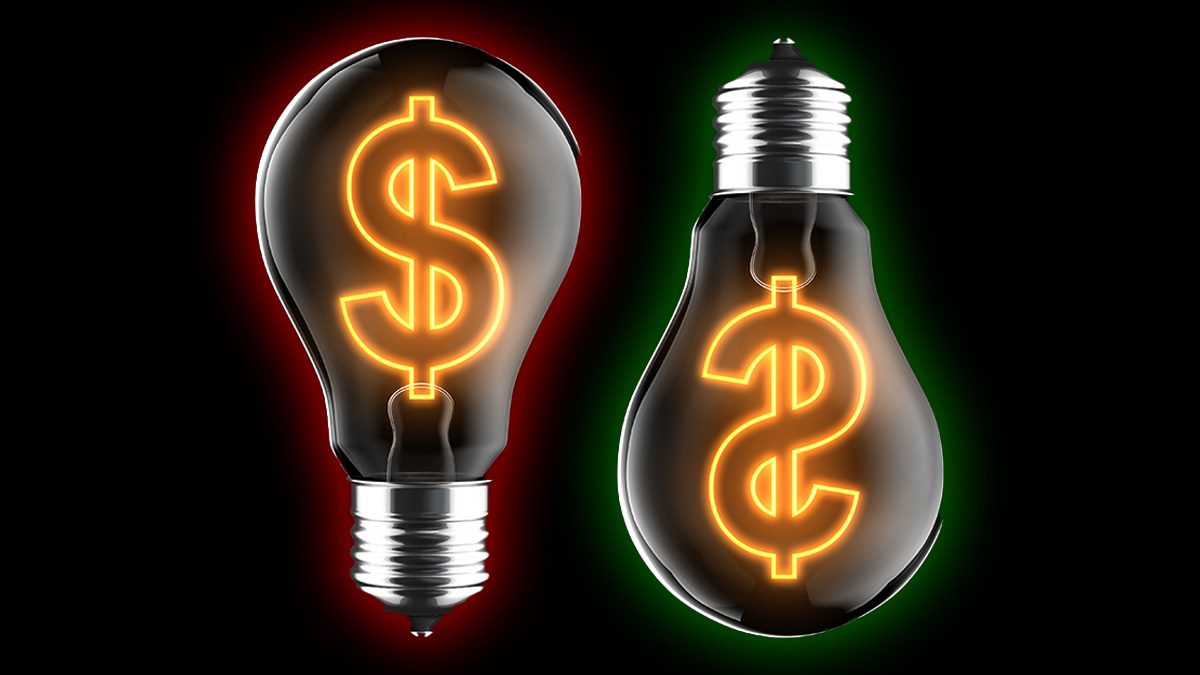 Climate change seems like an abstract concept—albeit an existentially scary one—to many Americans. What’s less abstract is skyrocketing energy costs. That all-too-tangible burden is something more homeowners are dealing with each month in the face of colder winters and hotter summers. Worse still: The energy price crunch—spurred on by a trifecta of geopolitical strife in Eastern Europe, continuing post-pandemic supply problems, and escalating inflation—is likely to continue to worsen, at least in the short term.

But not everyone feels the pain equally. So the Realtor.com® data team set out to find the cities where people are spending the most on energy bills—and where they’re paying the least. To account for different costs of living across the country, we looked at energy burdens, which measure the percentage of income people spend on energy bills.

“This is the time when Americans are really spending on natural gas,” says Thomas Nichols, an economist at Moody’s Analytics. “It’s a period where we’re seeing a historic runup in prices.”

People who are facing the most severe energy burdens tend to live in less affluent areas of the South or Midwest. Cities with low energy burdens tend to be tech hubs and expensive metros where people have higher salaries and local officials are actively working to invest in green energy initiatives. However, while people in these cities may be spending less overall, it varies widely by neighborhood, with low-income neighborhoods and communities of color facing more of the burden.

People with high energy burdens “tend to live in less efficient homes, or they tend to have older, less efficient appliances in those homes,” says Matthew Cox, CEO of the Greenlink Group, a clean-energy technology and consulting firm based in Atlanta.

The age and condition of a home can largely affect how much people living there pay each month, as it costs more to heat or cool drafty, older homes.

The typical U.S. household spends more than $2,000 a year on energy bills, according to information from the federal government’s Energy Star program. Of course, costs largely vary by season and are usually higher in the winter months when people need to heat their homes.

To come up with our list, we looked at the energy burdens of 50 of the largest cities across the country using data from the Greenlink Group. It examined incomes and energy costs from 2018, the latest data available, so current energy burdens could be significantly higher due to rising gas prices and inflation. For geographic diversity, we limited the list to one city per state.

It may seem counterintuitive that one of the nation’s most expensive cities has one of the lowest energy burdens, but the math is simple: Many San Franciscans have high-income jobs, so they naturally spend a smaller percentage of their paychecks on utilities. Meanwhile, the progressive city has been actively working since at least 2011 to retrofit homes to reduce carbon emissions with its Zero Net Energy Homes Project.

The program includes things like air sealing, roof insulation, and replacing the HVAC and furnace, which can reduce energy use and costs overall. This can help renters, landlords, and homeowners as many homes in the city are older and can be drafty or use outdated heating and cooling systems.

Still, low-income households in San Francisco have an energy burden that is five times higher than that of wealthier households, according to the American Council for an Energy-Efficient Economy, or ACEEE, a nonprofit organization. The city is working with the area’s local utility provider to promote resources such as payment assistance and energy efficiency programs.

With an energy burden of about 1.9%, New York is another city that has placed an emphasis on reducing its carbon footprint. The city has pledged to reach carbon neutrality by 2050, while the state set a policy goal in 2016 to make sure low-income New Yorkers pay no more than 6% of their income toward energy bills.

Despite this goal, the city estimates that more than 460,000 low-income families in New York City are still spending more than 6% of their salaries on energy bills. Low-income households and older adults have the highest median energy burdens in New York City, according to ACEEE. Broken down by borough, Queens and Brooklyn have the highest energy burdens while Staten Island and Manhattan have the lowest, according to a city analysis.

Seattle has led the way in climate initiatives, becoming the first city to adopt a green building goal in 2000. In 2005, the utility company Seattle City Light was the first in the country to become carbon neutral. Most of the city is now powered through hydroelectricity—generated using falling or fast-running water—which is considered a clean energy source.

Seattle is home to high-paying tech jobs at places like Amazon and Microsoft, and residents here tend to spend a smaller portion of their paychecks on utility bills. But while the energy burden has decreased in the past few years, that’s largely due to increasing incomes, not necessarily cheaper energy.

This hippie haven is all about going green, and the city has had a long-term goal of reducing greenhouse gas emissions by 80% in 2050 compared with 2005 levels. In addition, the city’s 80×50 Climate Action Plan, implemented in 2018, aims to rely 100% on renewable energy sources by 2030.

However, while the city’s energy burden fell by 1% in 2019 compared with six years earlier, according to Greenlink Group, that was primarily due to this boom town’s fatter paychecks. Energy costs did fall but at a slower rate than incomes increased. The story also varies by neighborhood.

The city has tried to lower energy costs with solar gardens, or solar panels placed in empty lots and on city building roofs.

Portland is big on energy conservation. It was the first city in the country to implement a carbon reduction strategy, all the way back in 1993. Its updated Climate Action Plan aims to reduce the total energy use in all buildings built before 2010 by 25% by 2025 as well as reduce carbon emissions. And in 2017, the city council passed a resolution to supply the community with 100% renewable energy resources by 2035.

“Portland’s electricity rates are lower than those in many cities, in part because the Pacific Northwest has access to a lot of hydropower,” says Amelia Schlusser, staff attorney at the Green Energy Initiative at Lewis & Clark Law School in Portland. “It’s relatively cheap to produce and therefore helps keep electricity rates down.”

Much of the burden coincides with the economic boom and bust of Detroit, once one of the nation’s primary manufacturing hubs, says Dominic Bednar, a post-doctoral fellow at Arizona State University, who studied Detroit energy burdens at the University of Michigan.

As people moved away and the city became even more underinvested, poverty rates have climbed, making it harder for folks to pay more for energy. And because 80% percent of Detroit’s housing supply was built before 1960, homes here are less likely to be energy-efficient.

New Orleans is one of the most at-risk cities facing climate change, largely because of its low elevation, rising sea levels, and storm-prone location on the Gulf Coast. Residents were reminded yet again of the inherent problems with the state’s electricity grid last year when Hurricane Ida hit; the city lost power for days, and two people died.

The city has struggled since 2005 when Hurricane Katrina destroyed swaths of housing stock and led to a mass exodus. The city has also grown significantly poorer since then. In the New Orleans area, the number of low-income households increased by more than 17% from 2010 to 2019, according to research from Louisiana State University, and the number of very low-income households rose by nearly 30%.

People who live in Philadelphia spend more on their energy bills than those in other parts of the country, but energy burdens mainly affect those who live in the inner portions of the city. In these lower-income neighborhoods, some people pay up to a third of their paycheck on utilities.

To combat this, the city’s Office of Sustainability has implemented focus groups in highly burdened communities, with discussions focusing on heat resiliency, gas usage, and weatherization. Its Clean Energy Vision program aims to reduce greenhouse gas emissions by 28% by 2025 and to achieve carbon neutrality by 2050.

Despite having some of the lowest gas and electricity rates in the country, Memphis residents have one of the highest energy burdens. That’s largely due to aging housing stock. About a third of homes in Memphis were constructed before 1980, before building energy codes were developed. But since then, the state of Tennessee has done little to bolster regulations for new homes and buildings.

“States and utility companies in the Southeast have a history of underinvestment in energy efficiency compared to other regions,” says Heather Pohnan, energy policy manager at the Southern Alliance for Clean Energy, a nonprofit advocacy group that promotes the use of clean energy in the Southeastern U.S.

“The end result is that if you’re a homeowner in the region and want to do home energy efficiency improvements, or install rooftop solar, you are largely on your own,” says Pohnan.

As many homes in the Southeast were not constructed to withstand winter weather, a large number of residents heat their homes with inefficient equipment like space heaters or even ovens. And in the summer months, Memphis becomes an “urban heat island,” experiencing higher temperatures than surrounding areas.

Alabama Power, the state’s utility company, ranked dead last in energy efficiency in the ACEEE’s review of the 52 largest utility companies in the country. And a report from Brown University found the state’s energy commission “repeatedly adopted regulations that were directly drafted by utility officials” and were influenced by dark money campaigns.

“Our [energy] rates are pretty middle of the pack most of the time, but our bills are the highest in the country,” says Keith Johnston, director of the Birmingham office of the Southern Environmental Law Center, a nonpartisan environmental legal advocacy organization. “The utility has very little pushback on increasing rates.”

As in Memphis, there has not been significant investment in green energy initiatives. Although the mayor did sign a pledge to achieve 100% renewable energy in 2018, there was no target date for the goal.

Continued segregation continues to prevent communities of color from buying energy-efficient homes. In fact, nearly half of Black households and 40% of Hispanic households in the Birmingham metro area have an energy burden above 6%, according to ACEEE.