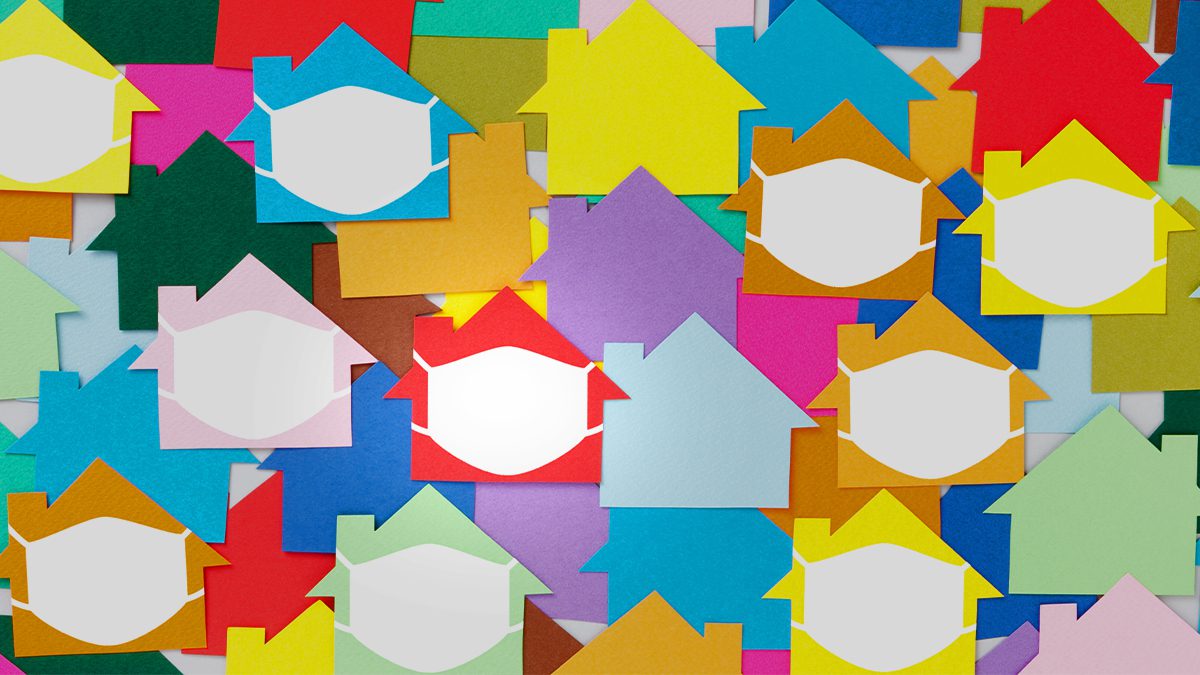 Another wave of COVID-19 infections appears to be on the way thanks to a contagious, new variant—but this one is not expected to disrupt the housing market like during the onset of the pandemic and the previous surges.

About 35% of COVID-19 cases in the U.S. are now this new, highly contagious BA.2 variant, according to the U.S. Centers for Disease Control and Prevention. However, this latest development in the two-year pandemic is not expected to lead to another mad dash out of the big cities and into the suburbs—or to push home prices even higher than they’re already rising.

The shortage of homes for sale, which is reaching crisis proportions—along with record-high prices for homes for sale and rent, and surging mortgage interest rates as the nation barrels into one of the busiest times of the year for real estate—is expected to weigh more heavily on homebuyers and sellers.

Moreover, high inflation, spiking gas prices, the war in Ukraine, and the U.S. Federal Reserve raising interest rates are the bigger factors at play affecting the economy, which could then spill over into the housing market.

While the BA.2 variant appears to be even more transmissible than omicron, experts don’t think it makes people as sick as with delta. It’s believed to cause milder sickness, similar to omicron’s, with vaccines and booster shots providing some measure of protection against severe illness.

Those who previously had omicron aren’t likely to become reinfected with this latest strain of the virus.

“The combination of available vaccines, treatments, and increased immunity means that [the nation] is on the road toward a post-pandemic reality,” says George Ratiu, manager of economic research at Realtor.com®. “The war in Ukraine and the disruptions to geopolitical stability, as well as supply chain routes, is a larger concern for the U.S. economy and real estate markets.”

The pandemic initially helped to push mortgage interest rates down to record lows. That helped homebuyers to afford surging home prices. But that’s not likely to happen again anytime soon.

Mortgage interest rates have jumped up to nearly 4.5%, the highest they’ve been in three years, as a result of the Federal Reserve raising its interest rates to tame high inflation. The Fed is expected to raise short-term interest rates a few more times this year to tamp down on inflation, which will likely push mortgage rates up even higher.

Rates fell at the start of COVID-19 because investors who were spooked by the virus moved money out of the stock market and into bonds, including mortgage bonds. In addition, the federal government bought up mortgage bonds as well to help to stabilize the economy during the early days of the pandemic as unemployment initially soared.

However, with the Fed continuing to raise rates, mortgage rates will likely keep climbing.

The good times brought on by low mortgage rates aren’t the only thing that’s likely over.

The days of mad dashes to the suburbs and more remote areas seen at the onset of COVID-19 have likely come to an end, or at the very least are slowing. Americans have had two years to sort themselves out and may be more reluctant to move farther out now that many white-collar workers are being called back to their offices.

“However, the suburbs will continue to attract millennials, as they move toward their 40s and, with children in tow, to look for good public schools,” says Ratiu.

The post Is the 2022 Housing Market Immune to the Latest COVID-19 Variant? appeared first on Real Estate News & Insights | realtor.com®.