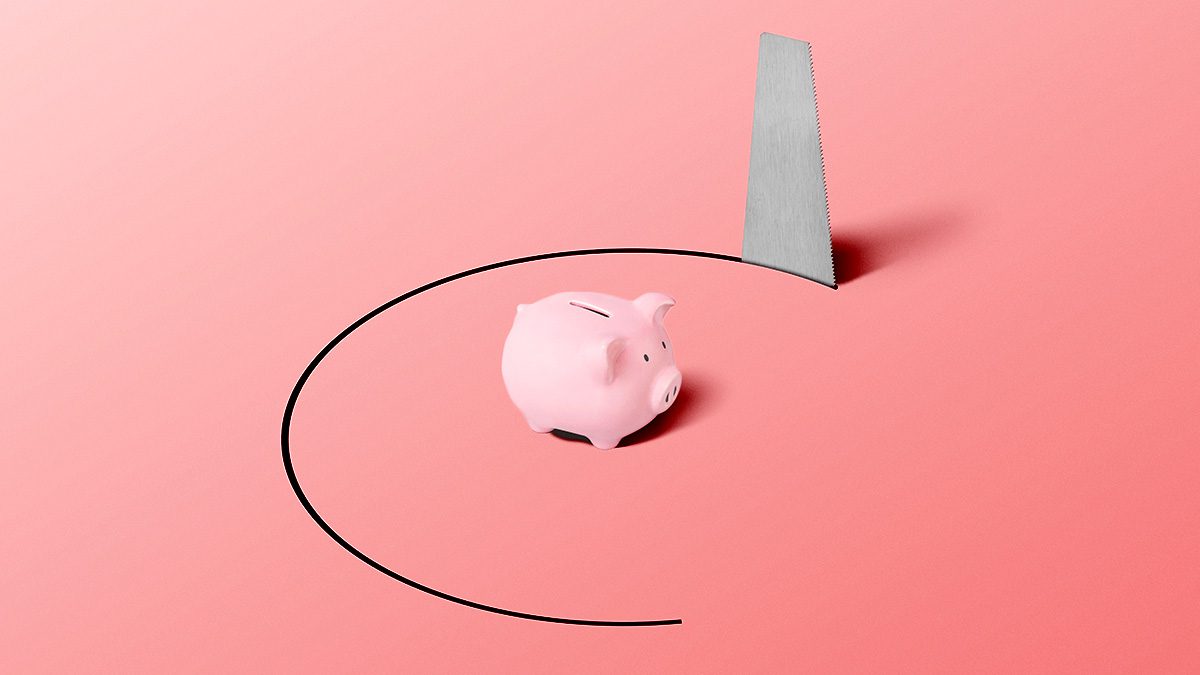 As home prices rise to new record heights and mortgage rates surge, homebuyers this spring are desperate to get their dream homes before they become even more out of reach. To do so, more are turning to a riskier type of home financing that was one of the causes of the Great Recession.

At a time when home prices are quickly rising, this can help some buyers become homeowners, which is why they’re becoming more popular with borrowers. But unlike traditional mortgages, which have a fixed interest rate for the life of the loan, ARMs can grow more or less expensive over time. That’s because the rates reset after a previously agreed upon period of time to more closely reflect the current market—and this can result in much higher or lower housing payments.

So are ARMs worth the potential risk?

For starters, they’re cheaper. Last week, the average contract interest rate for a five-year ARM was 3.9%, compared with 4.66% for a 30-year fixed-rate mortgage, according to the Mortgage Bankers Association. (A five-year ARM means that the rate will readjust after five years.)

“Adjustable-rate mortgages are seeing a surge in popularity because they provide buyers with much-needed flexibility when they need it,” says Tim Schroeder, a Realtor® and owner of Agent Marketing Essentials, a group that helps agents market listings.

ARMs can be a smart move for buyers who are planning on living in a place for a shorter amount of time and won’t be holding on to the loan as long.

“One of the biggest advantages of an ARM is that it’s considerably cheaper for the first three to seven years than its fixed-rate counterpart,” Schroeder says.

But buyers beware: Taking out a loan could cost them down the line if rates continue to climb. The rates reset every few months or years depending on the terms based on the most recent rates. That number is capped between 2% and 5% depending on the lender and the terms agreed to. That means the interest rate can never be that many percentage points higher than the initial rate agreed to.

“When ARMs first came out, one of the huge advantages of getting one was that your rate could go down,” says Rocke Andrews, a mortgage broker with Lending Arizona in Tucson.

But mortgage rates are largely forecast to keep rising, so that will likely be seen in their monthly payments down the line.

The good news is that even though most of these buyers will see rates on their ARMs increase, the uptick in these loans isn’t expected to trigger another foreclosure crisis.

Since the Great Recession, lending practices have gotten more strict, to avoid another economic downturn. Buyers who want an ARM need to go through the same strict lending standards that are required for traditional loans. Plus, there is far more education about how these types of loans work. There are also limits to how much the interest rate can rise over the lifetime of the loan, and there are no longer prepayment penalties for folks who want to pay off the mortgage before the term of the loan is up.

“Before, when people were not able to qualify [for a mortgage] because the payment was too high for their income, the loan officer would spin it in an ARM to squeeze them in homes when they were just qualifying,” says Andrew Russell, owner and founder of RCG Mortgage.

Lenders have smartened up and are being more cautious about whom they give loans to. That’s a big difference from the 2000s when homebuyers were talked into loans that they couldn’t afford—then defaulted en masse when their initially low mortgage payments ballooned far beyond what they could afford.

“Statistically, homeowners refinance or sell every five to seven years, so why not take advantage of a seven-year ARM?” asks Ricky Pok, president of Wabi Sabi Realty Group, a real estate solutions and investment firm based in Houston, TX, and a former mortgage lender. But, he warns, borrowers should go in with open eyes and a clear plan.

“My most successful long-term clients utilize ARMs successfully by having exit strategies in place in case rates go up,” Pok says.