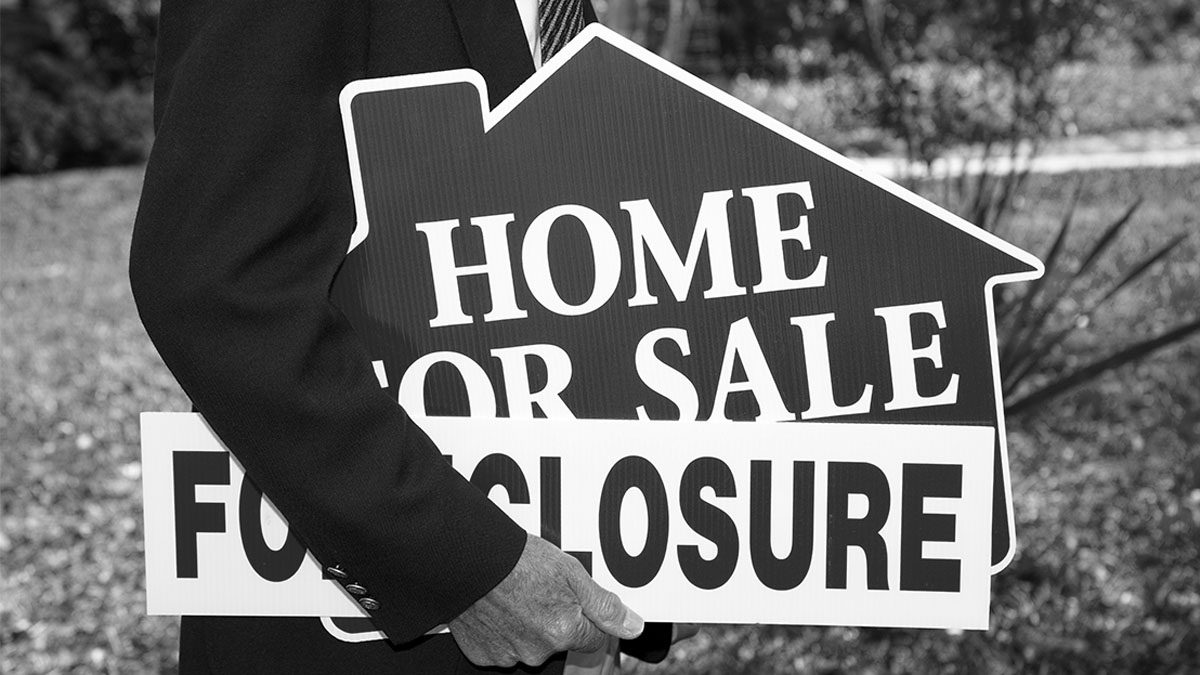 Foreclosures are soaring, but real estate experts say it’s not a repeat of the housing crisis of the mid-2000s.

They hit a pandemic high in the first quarter of 2022 as foreclosure moratoriums around the nation expired, according to a recent report from ATTOM, a real estate information firm. The moratoriums were put in place to protect homeowners during the early days of COVID-19 when unemployment spiked as the nation shut down.

There were 78,271 foreclosure filings in the U.S. in the first quarter of the year. That’s up 39% from the last quarter of 2021 and represented a 132% jump from a year ago. A surge of foreclosures could bring down record-high home prices.

While those numbers might bring to mind the foreclosure crisis the nation suffered through in the 2000s, no one should panic just yet.

The number of folks who can’t make their mortgage payments is actually still well below where it was before the pandemic began and the moratoriums were instituted. Foreclosures are still about only 57% of where they were in the first quarter of 2020.

(The moratoriums allowed homeowners to pause their mortgage payments for up to 18 months if the borrowers were suffering from a pandemic-related hardship. The program ended at the end of July last year, and many moratoriums expired in the fall.)

Even homeowners who can no longer afford to hold on to their properties are in a much better position today than they were during the foreclosure crisis. With housing prices skyrocketing across the country, they’re often in a position to sell instead—and even walk away with some cash. That’s the opposite of what happened more than a decade ago when many folks owed more on their homes than they were worth.

“Housing demand remains strong, even with mortgage rates rising, and almost 90% of borrowers in foreclosure have positive equity. [That] gives them the chance to sell their home rather than lose it to a foreclosure,” says Sharga. “Plus, mortgage servicers are working tirelessly with financially distressed homeowners to modify loans where needed.”

In addition, lenders aren’t issuing many risky mortgages that can wind up in foreclosure when payments suddenly balloon. Those are the loans that helped bring on the housing crash.

Foreclosure starts, which is when the foreclosure process has begun but the owner hasn’t lost the property yet, increased in all 50 states. Illinois led the way in foreclosure activity, with 6,861 foreclosures, or one in every 791 housing units.

“The states with the extraordinarily long foreclosure processing times are executing foreclosures on loans that were already in foreclosure or were 120-plus days delinquent prior to the government’s moratorium,” says Sharga. “It’s not unusual for a foreclosure to take a year or more to process under normal circumstances, so the moratorium simply extended the length of the process.”

“Chicago had high delinquency and default rates prior to the government moratorium and forbearance program,” says Sharga. “Now that those loans are no longer protected, they’ve reentered the foreclosure process.”

The post Foreclosures Are Rapidly Rising. Is Another Crisis Headed Our Way? appeared first on Real Estate News & Insights | realtor.com®.