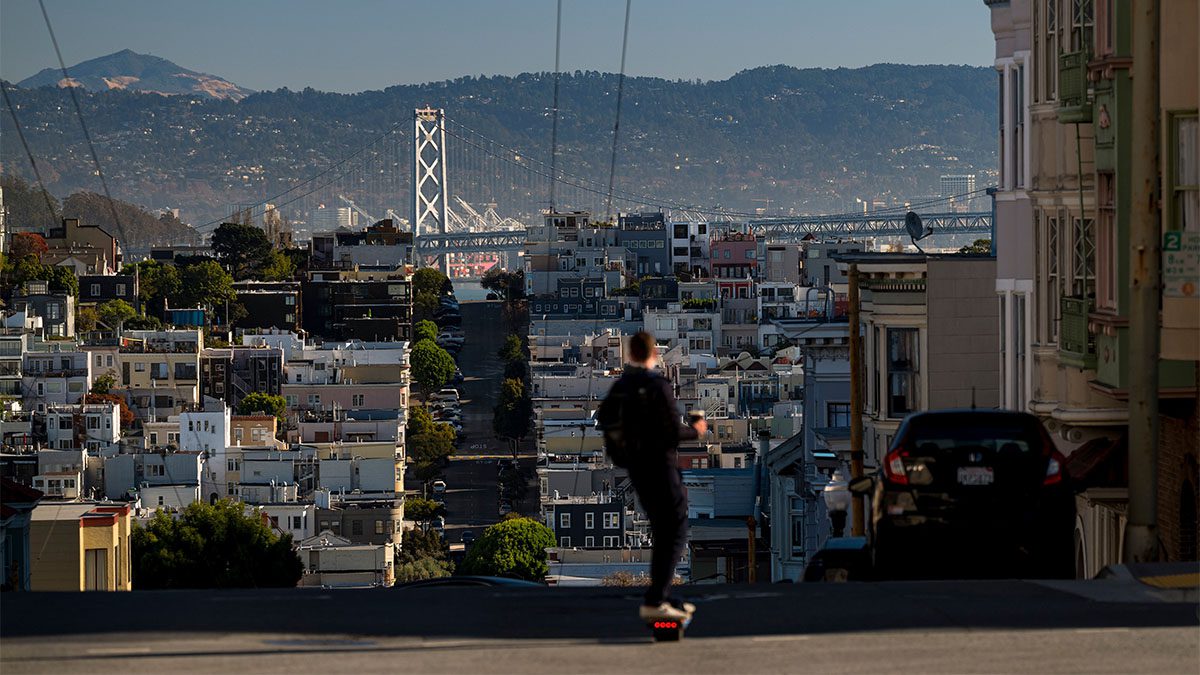 The good times in the housing market might be coming to an end for certain parts of the Windy City and the Big Apple as the economy hits some turbulence.

Eight counties in the Chicago metropolitan area and six in the New York metro were among the 50 most at-risk real estate markets in the nation, according to a recent report from ATTOM, a real estate data company. The rest were mostly on the East Coast, particularly in the Cleveland and Philadelphia metros, in the Midwest, and in inland California.

“These markets are more vulnerable to a potential downturn in the local housing market. That could mean price declines beyond a minor correction and/or increased levels of delinquencies and defaults,” says Rick Sharga, executive vice president of market intelligence at ATTOM. “Sales volume is already falling in many markets due to rising interest rates and weakening affordability, but these markets could also see sales activity fall more quickly and more dramatically than other regions.”

The report was based on housing affordability, local unemployment rates, foreclosures rates, and the number of mortgages where homeowners owe more than their properties are worth in 586 U.S. counties in the first quarter of 2022.

Housing is under stress as the U.S. Federal Reserve raises its interest rates in its bid to bring down inflation. This results in higher mortgage rates, which cracked 6% last week, at a time when home prices are also at record highs and rising. Buyers are also grappling with inflation, higher gas and rental property prices, and stock market and cryptocurrency drops as fears of another recession proliferate.

The most vulnerable counties in the Chicago metro area were Cook, DeKalb, Kane, Kendall, Lake, McHenry, and Will counties in Illinois and Lake County in Indiana. In the New York City metro area, six counties in New Jersey, outside of the city, were deemed in jeopardy. They were Bergen, Essex, Ocean, Passaic, Sussex, and Union counties.

“Almost all of these markets, for example, have higher unemployment rates than the national average,” says Sharga. “All of them are high-cost, high-tax markets, which means borrowers often have to stretch themselves financially to buy a home in the first place.”

Pennsylvania’s Philadelphia County and Camden and Gloucester counties in New Jersey were deemed vulnerable as were Cuyahoga, Lake, and Lorain counties in Ohio outside of Cleveland.

The South is expected to make it out of any downturn much better, making up about 26 of the 50 least at-risk counties in the nation in the first quarter of the year.

“Southern markets continue to experience strong growth, not just in home sales and prices, but in population and job creation,” says Sharga. “Homebuyers moving into these regions from more expensive areas can easily afford homes, despite rising prices, and unemployment rates are relatively low, with a few exceptions.”

The post Here Are the Riskiest Real Estate Markets Most Vulnerable to a Downturn. Did Yours Make the List? appeared first on Real Estate News & Insights | realtor.com®.