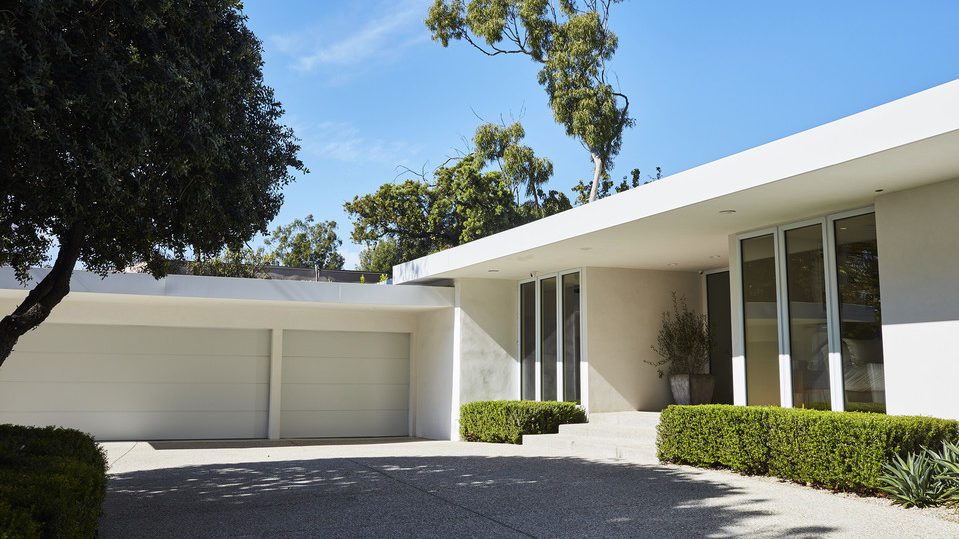 That’s the gap in listing prices for luxury homes described as modern and those called contemporary, according to an analysis of luxury homes by listings website realtor.com.

But actually defining the two styles is a far trickier matter—and one that confounds many real-estate professionals, homeowners, builders and even some architects. Frequently, the terms are used interchangeably. And the definitions have changed. “It’s rather confusing, because a contemporary [home] keeps shifting,” said Chris Bardt, and architect and professor at the Rhode Island School of Design.

Contemporary homes are often more playful in combining materials and bright colors, explained Sheila Schmitz, editor of home-design website Houzz. Some may include a dramatic black-and-white palette. Interiors are flooded with natural light and floorplans emphasize indoor-outdoor living. When it comes to spotting home décor, “those terms are really good starting points to start a conversation, and then kind of go from there,” she says.

But contemporary can be a loaded word. While luxury homeowners often use contemporary to signal sleek, one-of-a-kind designs, it can also suggest that a home has become dated over time. “Brown shag carpets in one’s living room were contemporary and fun in 1970s—that’s one of the brutal realities of contemporary homes,” Mr. Bardt said.

Defining something as contemporary isn’t necessarily good for home sellers, according to realtor.com. In an analysis of 2016 home listings through September, luxury homes designated as contemporary had a median listing price of $1.115 million, compared with $1.39 million for modern homes. Contemporary homes also spend more time on the market than modern homes, 109 versus 81 days respectively, according to the Realtor.com analysis, which looked at homes listed for more than $750,000. (News Corp, which owns The Wall Street Journal, also owns realtor.com.)

In an October Houzz.com survey, about 7% of about 1,000 respondents classified their homes as modern, compared with 12% who called their home contemporary.

These days, the lines of modern versus contemporary are increasingly blurred. When Houzz researchers assign attributes to the site’s trove of more than 12 million photos, interiors can be especially subjective, as Midcentury Modern furniture has become popular in contemporary homes, Ms. Schmitz said.

When Mr. Stewart, the architect, works with clients, he uses photos to help them understand the difference between modern and contemporary. Most of the time, it turns out that homeowners are looking for something contemporary with modern foundations rather than modern in a strict sense, he says.

Many ultraluxury buyers drawn to Midcentury Modern homes are opting for a blend of styles. “They want a modern home but with a little more of a soul,” said Rayni Williams, an agent in Beverly Hills, Calif. “The cold minimalistic white box is on its way out.”

Interior designer Trip Haenisch and his partner Hadi Halawani purchased a Midcentury Modern home in Beverly Hills, Calif., last year for $7.2 million and made contemporary updates before relisting it with Ms. Williams for $10.95 million.

The “contemporized” version has wide-plank wood floors instead of terrazzo tiles to instill warmth, Mr. Haenisch, 52, said. A step-down into a sunken kitchen and family room was removed to create an open-plan design with floors on the same level. Mr. Haenisch and Mr. Halawani added glass doors that disappear when opened to the pool area. “We tried to make the house sexy,” he said.

Denise Farleigh defines her second home on the big island of Hawaii as “the modern end of contemporary.” The 66-year-old physician from Anchorage, Alaska, who lives in Hawaii part-time with her husband, Randall, hopes contemporary touches, including open-air living areas statement rugs and plenty of glass, will make it easier to sell the home. The couple is moving to be closer to family and have listed the home for $7.2 million, which includes furnishings and the 2-acre lot.

“Modern might have forced the appearance that not everybody would have liked,” said Dr. Farleigh, who completed the home four years ago for about $7 million. “We wanted a little more color.”