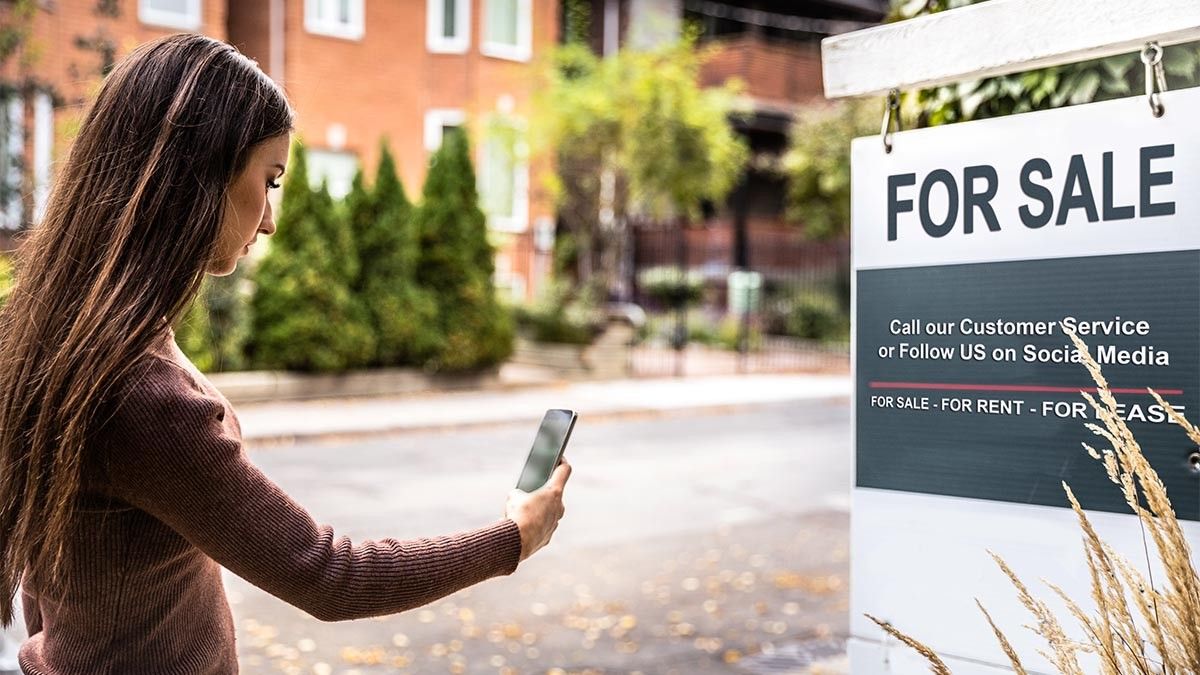 Buying a home has never been easy. However, over the past few years, the process has become truly herculean as buyers have been pushed to emotional and financial limits. Sellers, on the other hand, largely have been able to sit back and enjoy the ride, which has typically culminated in a massive payday.

The housing market has shifted dramatically over the past few months. Higher mortgage rates have thinned the pool of buyers, begun to rein in runaway home prices, and forced many sellers back to the negotiating table. The changes are leading buyers and sellers to wonder who has the upper hand these days.

So as real estate continues to cool along with the weather, what do we know about this year’s much anticipated fall housing market?

“The housing market is going to continue to be in an adjustment period as buyers and sellers try to figure out what’s ahead,” says Realtor.com® Chief Economist Danielle Hale. “The economy is at a turning point, and that’s going to result in uncertainty among buyers and sellers. People are more worried about a recession than they have been.”

She anticipates buyers will have more opportunities and less competition this fall to purchase homes. There will be more homes for sale as many properties sit on the market longer. Buyers won’t have to submit offers within hours of touring a home, and they will be able to insist on inspections and other common-sense contingencies. In many markets, they won’t even have to offer more than the asking price—and may even be able to negotiate a lower price.

However, home prices and mortgage rates—the latter of which has more than doubled in the past year—are expected to keep rising, leaving buyers this fall saddled with significantly higher monthly payments than they would have had earlier this year. And buyers shouldn’t expect a large influx of homes to hit the market to provide any relief.

“The fall housing market is still going to be challenging for buyers and sellers,” says Ali Wolf, chief economist of real estate consultancy Zonda. “Buyers have more options than they did at the beginning of the year, but someone who is looking for homes won’t be flush with options.”

The fate of the housing market this fall, and what ultimately happens with prices, will largely depend on mortgage rates. They are now the highest they’ve been since 2008 and more than double what they were just a year ago, according to Freddie Mac. Rates hit an average of 6.02% for 30-year fixed-rate loans in the week ending Sept. 15—up from 2.86% a year earlier, according to Freddie Mac.

Each additional percentage point can make monthly mortgage payments significantly more expensive and add tens of thousands of dollars over the life of a 30-year loan. Today’s buyers are paying about two-thirds more each month for the same house than they would have a year ago, thanks to a punishing combination of higher rates and prices.

“Rates are not likely to fall in the near term and could even increase,” says Len Kiefer, deputy chief economist at Freddie Mac.

The good news for buyers is rates vary tremendously based on the loan and the lender as loan officers compete for business. That presents opportunities for savings.

“It may benefit a borrower to consider shopping around,” says Kiefer.

Will home prices go down?

Those hoping for another housing bubble to pop—and home prices to plummet—shouldn’t hold their breath.

Another crash doesn’t look likely. But while it still costs more to buy the same home today than it did a year ago, price growth is going down as mortgage rates have ratcheted up. Higher mortgage rates mean that buyers have less money to spend on homes, creating a sort of cap to keep prices in line with their budgets.

“Prices will decline a little bit more than what would be common seasonally,” says Hale. “But they’ll still be higher than what they were a year ago.”

While home prices could actually fall, “the deck is stacked against” this happening, says Hale. There aren’t enough homes for sale for everyone who wants one. Rents are also rising, making the prospect of locking in a fixed mortgage payment especially appealing.

Many real estate experts consider the days of endlessly skyrocketing home prices to be over. Instead, they expect prices will flatten out this year, and could even dip a little in 2023. Buyers are already slamming the brakes in the most overheated markets, where prices rose the most at the fastest clip. (Think the Southwest and Mountain West, like Austin, TX; Phoenix; and Boise, ID.)

“We are due for home prices to come down a bit. That’s not a crash,” says Zonda’s Wolf. She predicts prices will fall 5% to 10% nationally, although the drop will vary market to market.

“Over the next couple of years, some of the frothiest markets may see price drops that may look more like 20% down,” she adds.

Sellers have already begun reducing their prices in earnest, and builders are offering all kinds of incentives to lure buyers. About 19.4% of sellers were forced to cut their list prices in August—up from 11% a year earlier, according to Realtor.com data.

Now that the market has cooled, most sellers are no longer receiving 15 offers, all above the asking price, half in cash with no contingencies within hours of putting their homes on the market. Instead, bidding wars have died down as the number of buyers in the market has fallen.

“If someone is trying to buy a renovated home in a great school district, the housing market is still extremely competitive. And you should still expect to go through a bidding war,” says Wolf. “But if the home needs a little bit of work, is not in the best neighborhood, or is priced high, then buyers are not going to find a bidding war. [They] may be able to negotiate down the price or not waive contingencies.”

While buyers have more negotiating power than they’ve had in years, they shouldn’t get their hopes up that there will be an influx of homes going on the market this fall.

More “For Sale” signs went up in late spring and summer as sellers attempted to cash in while they could. However, there’s less incentive for them to list their properties now that the market has cooled and homes are no longer going under contract in just a few days.

“That big shift in inventory that helped shift the market in a buyer-friendly direction has lost some momentum,” says Hale. “We’re not seeing as many homeowners decide to sell.”

Of course, most sellers are also buyers—and it’s a tough road for that group. So plenty of sellers are choosing to stay put.

“It’s harder to make that math work out on moving because the costs are so much higher than they were,” says Hale. “If you have to take a new mortgage, it’s obviously going to be a lot higher today.”

Few homes and high costs mean fewer home sales going forward. Some would-be buyers may prefer to wait to see if prices fall or the nation heads into a recession. Others are simply priced out.

Mortgage applications to purchase homes were down 28.6% year over year in the week ending Sept. 9, according to the Mortgage Bankers Association. That lack of buyers will help to turn the pendulum in their favor.

“In the fall, we’ll see the return of a buyer’s market in some metros across the country. In other markets, it’s still more buyer-friendly,” says Zonda. “You don’t have to make an offer the day the home is listed. You don’t have to offer over the asking price. And you don’t have to give up your first-born child.”

The post Will Home Prices Drop? Will Mortgage Rates Rise? What To Expect in the Fall Housing Market appeared first on Real Estate News & Insights | realtor.com®.