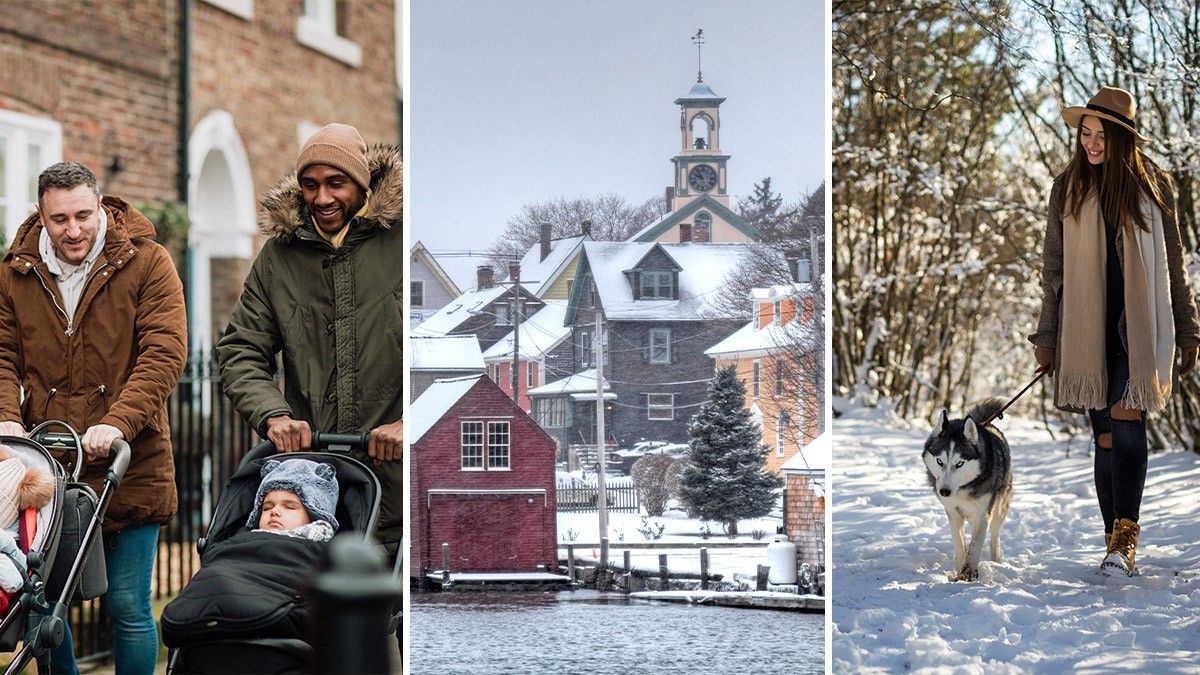 To find the hottest real estate markets in America, head to the coldest parts of the country.

The most desirable places for homebuyers today come with one bone-chilling caveat: Many of these hot spots lurk in the snowier Northeast and Midwest, according to a recent Realtor.com® report. And while some house hunters might not love colder weather, most are likely to appreciate the cooler home prices and lower cost of living in these areas.

The Manchester, NH, metropolitan area, an hour north of Boston, took the No. 1 spot—for the 11th straight month! The Rochester metro, in New York state near the Canadian border, came in second after tying with Manchester for first place last month. (Rankings are based on the number of views that listings in these metropolitan areas receive on Realtor.com, and how quickly properties are selling.)

“In the South and West, which contain warm markets that were really popular even before the [COVID-19] pandemic, prices have just been driven so high,” says Hannah Jones, an economic data analyst at Realtor.com. “Even if they’re places people might enjoy living, many buyers have been priced out.” 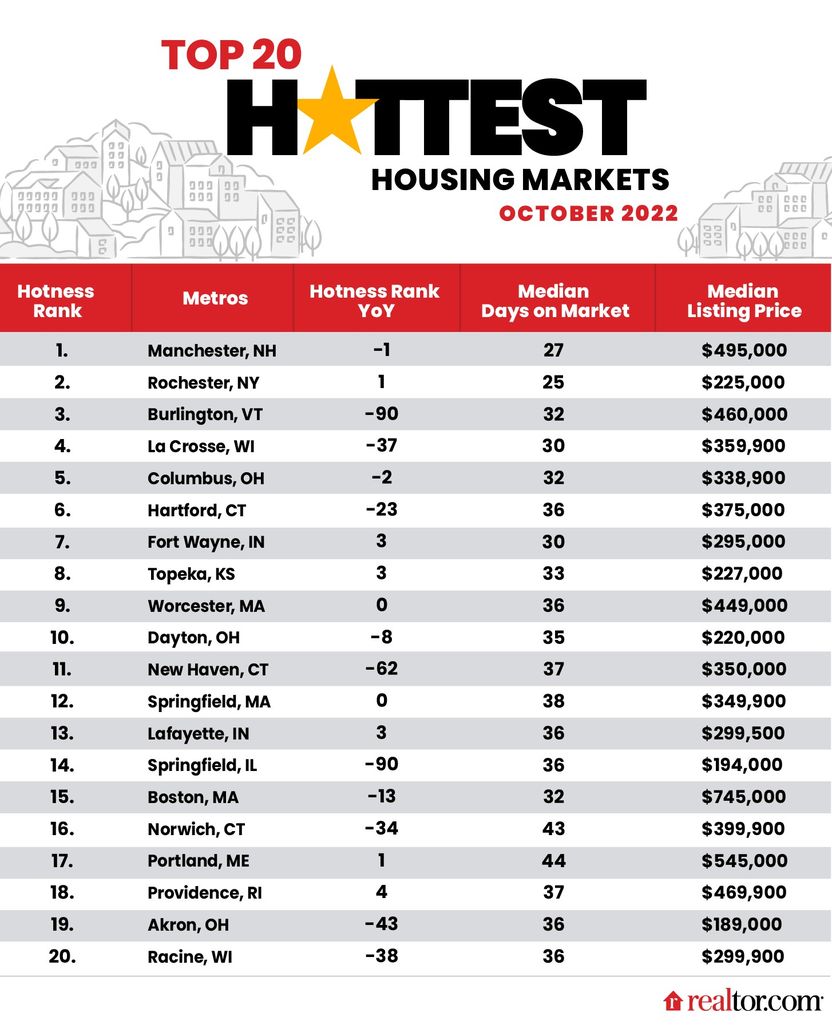 Why does Manchester dominate the hottest markets?

While Manchester metro prices are a little higher than the national average of $425,000, that hasn’t stopped the small city from dominating the hottest markets list.

The reason: Homes here still sell for much less than properties in Boston. The median list price in Manchester was $495,000 in October—compared with $745,000 in the Boston metro area. (Metros include the main city and surrounding towns, suburbs, and smaller urban areas.)

Manchester is now essentially “a suburb of Boston,” Jones notes. The commute is also more feasible for many buyers if they can work remotely or need to go into their offices only one or two days a week.

In contrast, Rochester isn’t a suburb of anything but very much its own city. The Rust Belt metro, where camera maker Kodak is headquartered, has struggled over the decades, which explains the lower home prices. The median list price in this cold weather metro was just $225,000 in October.

“The story with the Rust Belt is really that people are able to optimize for quality of life,” Jones says. “You get more space and areas that have strong economies but are more affordable. You can get a lot for your money.”

In fact, there are no metro areas in the West or the South among November’s top 20 hottest markets. The West has long been a much pricier region of the country, while much of the South is starting to move out of reach after two years of turbocharged growth throughout the pandemic.

For Rochester, a strong economy includes several world-class universities, including the Rochester Institute of Technology and the Eastman College of Music, as well as the industry those schools’ graduates help foster. The city was named No. 1 in the country as a technological hub by a 2021 MIT study, for example. And music fans don’t just get to take advantage of performances at the college: The city also boasts an internationally known jazz festival and fringe festival.

Danielle Riley, the owner of Rochester-based Better Homes and Gardens Real Estate Prosperity, traces her own history back several generations in the city. And while few think of the area as a “beach town,” the city lies along the shores of Lake Ontario. It’s also about an hour from New York’s Finger Lakes region, with its outdoor recreational opportunities and wineries, as well as one hour from Buffalo, NY, where she can go watch NHL games.

“It’s got a large population, but it’s like a small town,” Riley says. “It’s the best of both worlds.”

And what about that cold weather?