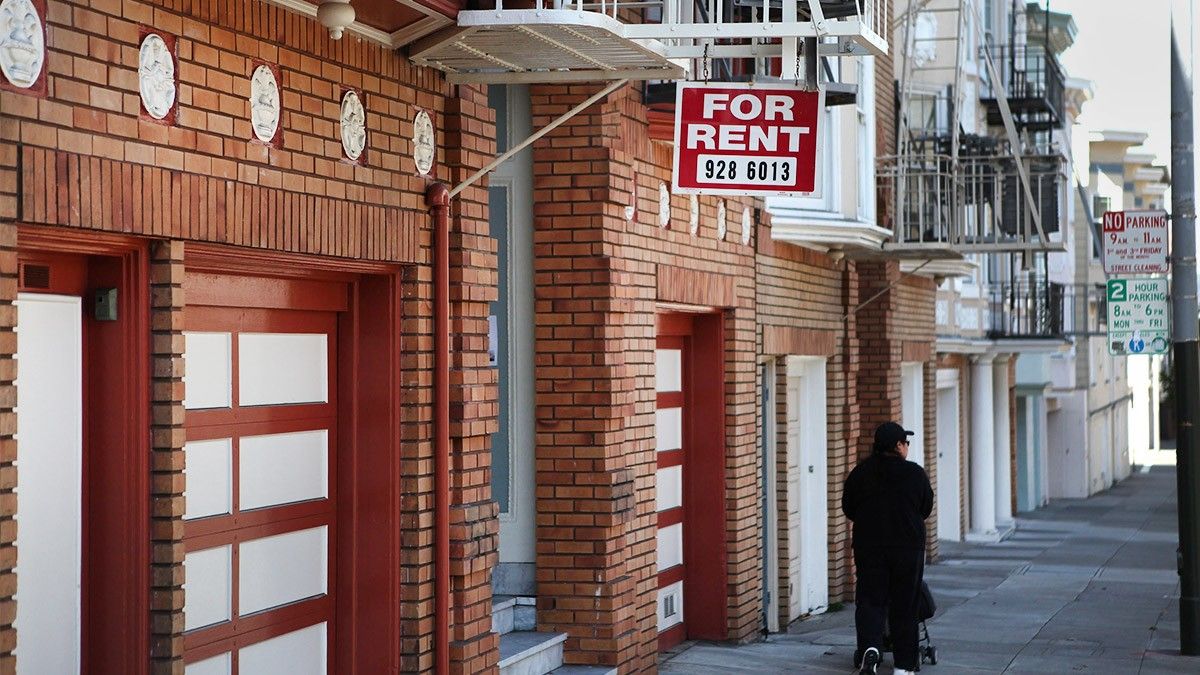 For more than a year, renters have reacted with horror as landlords across the country jacked up monthly rents by previously unthinkable amounts. But finally, rents have begun to drop.

Much to the relief of tapped-out tenants, median monthly rents fell a bit in October, hitting $1,747 nationally, according to a recent Realtor.com® report. Rents were down about $25 a month from September and $47 from their peak in July. And while rental prices were still up 4.7% year over year, October had the lowest jump in rental prices in 18 months.

“The rental market is showing signs of returning to normal,” says Jiayi Xu, a Realtor.com economist. “Renters may start to feel a little bit of relief.”

The report looked at apartment complex, private condo, townhome, and single-family home rentals in October. Only studio, one-bedroom, and two-bedroom units were included.

The rental market generally peaks during the summer, when families are trying to secure housing before children start school and college students are trying to lock down housing. Demand typically slows in the fall and winter.

“Going forward, I think the rent will continue to grow but at a much lower rate,” says Xu.

Rents went up the most for studio apartments, rising 6.7% year over year. They were up 4.5% for one-bedroom units and 3.7% for two-bedroom abodes.

However, renters shouldn’t breathe a sigh of relief just yet. Most landlords plan to increase rents on at least one of their units within the next year, although not by as much as they did, according to a recent Avail survey of more than 2,700 independent landlords and renters. (Avail, which assists landlords, is owned by Realtor.com.) Fewer than 1 in 5 landlords plans to hike rents by more than 10%.

Almost two-thirds of renters who have lived in their homes for one to two years have seen their rents go up—and just 6% were able to negotiate smaller increases than their landlords initially sought, according to Avail. The higher rents make it more difficult for many tenants to save up for homeownership. As a result, nearly 70% of renters are considering moving to cut costs. They’re hoping to save about $200 a month.

“While it’s encouraging to see smaller price increases, it’s important to understand that many renters have already absorbed large increases in their monthly rental costs over the past several years,” Ryan Coon, vice president of rentals at Realtor.com, says in a statement. “High inflation and the cost of upkeep and repairs are hitting landlords, who have had to raise rents to cover their higher cost of owning the properties and making it unlikely that they’ll be open to negotiating with new tenants.”

Just four of the 50 largest metropolitan areas saw double-digit, annual price increases in October, according to Realtor.com. Chicago led the pack as rents soared 23.7% year over year in the Windy City. It was followed by Providence, RI (13.6%), Boston (12.8%), and New York City (12.7%). (Metros include the main city and surrounding towns, suburbs, and smaller urban areas.)

Meanwhile, rents fell in eight of the 50 largest metros. Riverside, CA, experienced the largest year-over-year drop in October at -4.7%, according to Realtor.com data.

“A year ago, it was five to 10 applications for every rental. And now there’s maybe none,” says Doug Shepherd, a Riverside-based property manager and real estate broker at Better Homes and Gardens Real Estate Champions. “Demand just dropped off pretty dramatically in October.”

He attributes the decreased demand to general inflation and to the most motivated buyers and sellers already having secured housing. There’s a limit to how much renters can afford to spend each month—especially as inflation has pushed up prices for gas, food, and just about everything else.

“Everything’s more expensive,” he says. “And now the market has to adjust down.”

The post Are the Wild Rent Hikes That Have Shocked Tenants Finally Coming to an End? appeared first on Real Estate News & Insights | realtor.com®.