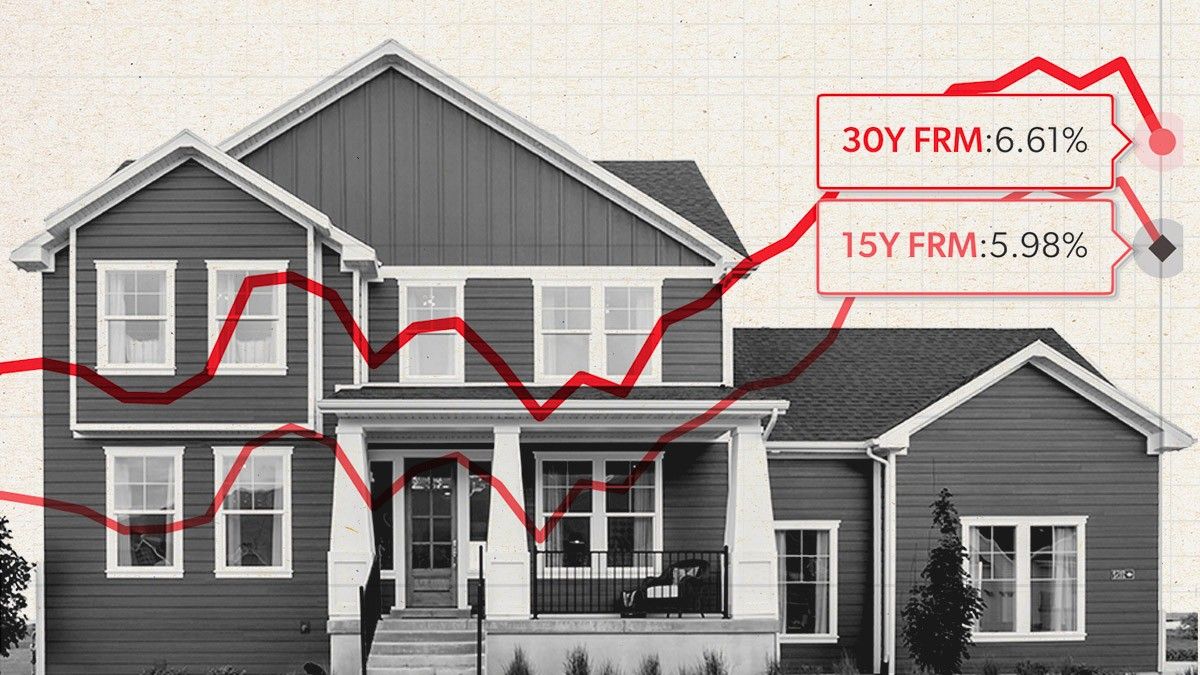 Mortgage rates have skyrocketed this year, scaring many would-be homebuyers and sellers out of the market.

But even when rates seesaw lower, as they did this week, it still takes a toll on the housing market.

Why? Because when financial conditions are so erratic and unsettled, many would rather wait it out.

“Today’s homebuyers and sellers are dealing not just with higher housing costs, but more uncertainty as a result of fluctuating mortgage rates,” Realtor.com® Chief Economist Danielle Hale says in her weekly analysis. “The uncertainty is leading to hesitation.”

We explore the ramifications of when borrowing costs zigzag all over the place, keeping both homebuyers and sellers on edge, in our column “How’s the Housing Market This Week?” 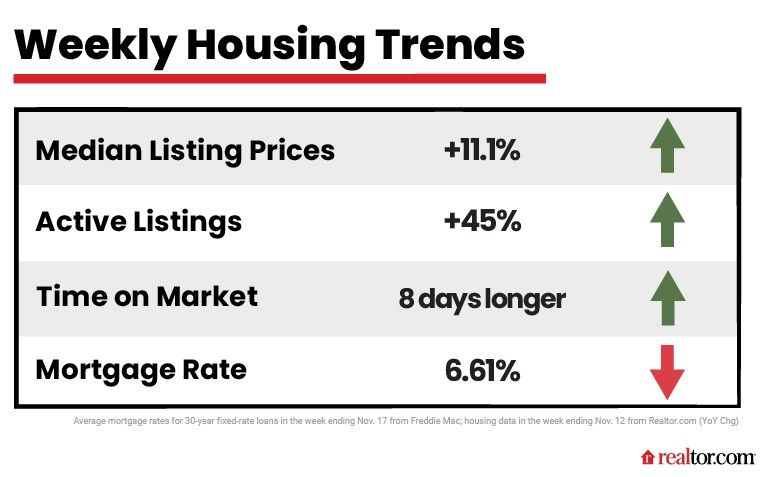 In late October, average interest rates on 30-year fixed loans shot up to a 20-year high of 7.08%, only to dip the following week, then tick back up, according to Freddie Mac.

Which brings us to now: For the week ending Nov. 17, interest rates on 30-year fixed-rate loans not only teetered, but also tumbled to 6.61%.

Lower rates are absolutely a boon for buyers, sellers, and the overall housing market. As Hale points out, this kind of move means a savings of about $100 per month for buyers using a mortgage to pay for 90% of a home costing $425,000, which was the median price in October.

But there’s a caveat: “Expanded purchasing power is undoubtedly a good thing for today’s shoppers,” Hale says, “but fluctuations make it difficult to budget and plan for buyers and sellers alike.”

As both buyers and sellers hesitate, waiting for things to settle down, the housing market is stagnating. What does that look like?

For starters, fewer sellers list their homes, since they’re dubious they’ll even get an offer—and even if they do, many would have to buy a new home at what might be double the interest rate they currently have.

And the most recent statistics bear this out: For the week ending Nov. 12, the number of new listings fell by 18% compared with a year ago, marking the 19th straight week of declines.

Meanwhile, wannabe buyers—daunted by darting interest rates and high home prices—might drop out. So homes that are currently on the market sit longer, too.

In fact, for the week ending Nov. 12, overall inventory (including new listings and stale ones still stuck on the market unsold) increased by 45% from a year earlier. Plus, homes lingered on the market for eight additional days than they did at this time last year.

And when listings look stale, they’re often less likely to get snatched up, and that makes sellers less likely to list in the first place—and so on. It’s a dangerous cycle.

What do changing mortgage rates mean for home prices?

So many competing dynamics at work in the market lead to both good news and bad news about home prices.

First, the bad news: Prices are still rising. In the most recent week, home prices increased by 11.1% compared with that same week last year. That growth is its 46th week at a double-digit pace.

Now, the good news: Price growth, though still strong, has been slowing.

“The pace of median listing price growth could move back into single-digit territory just before the end of the year, and with this week’s step-down, that possibility is still very much on the table,” Hale predicts. “This means the typical asking price will near, but not likely slip below, $400,000 again this year.”