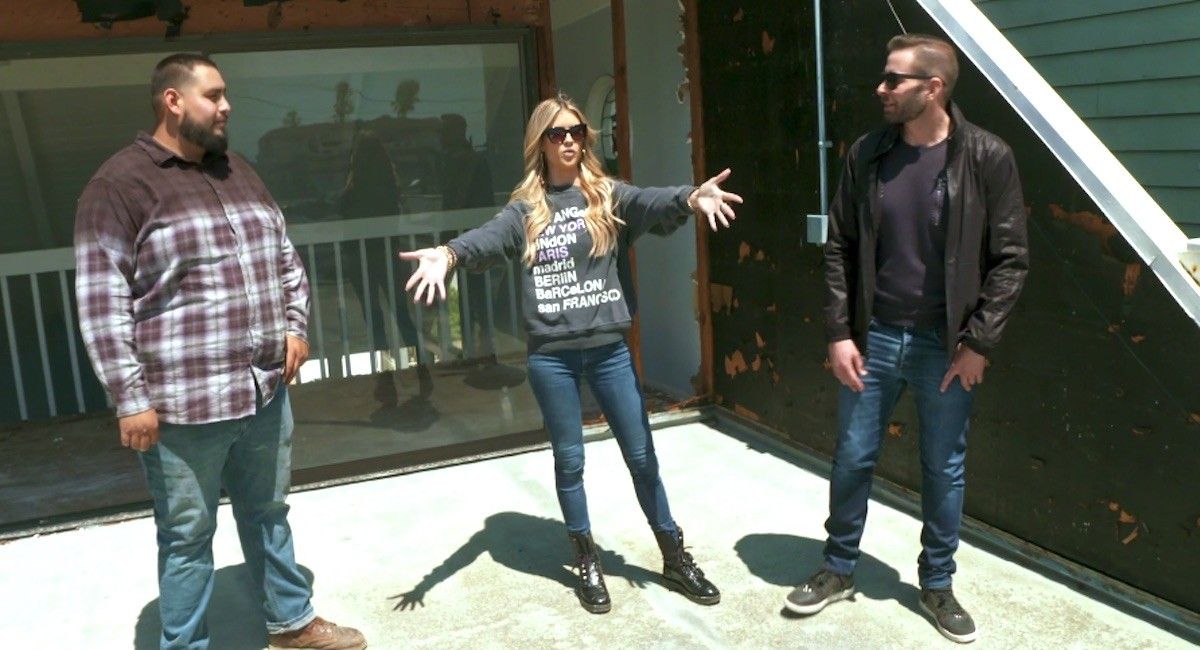 Even though HGTV superstars Tarek El Moussa and Christina Hall separated in 2016 and divorced two years later, they continued to flip houses together on their hit show, “Flip or Flop,” up until their recent series finale, “Flip or Flop: The Final Flip.”

By now, El Moussa has a new wife, Heather Rae El Moussa of “Selling Sunset,” as well as their own upcoming show, “The Flipping El Moussas.”

Meanwhile, Hall and her new husband, Josh Hall, also have a new show, “Christina in the Country,” which is about design projects in the vicinity of her second home in Tennessee.

Despite their new lives and loves, Tarek and Christina decided to get together one last time to finish one more flip: a pricey home in Sunset Beach, CA, that they’d bought two years earlier.

What took so long to finish this house? Although this renovation is as illuminating and entertaining as always, the episode conveys no clear outcome on the sale.

“After going way over budget and taking a long time to finish, this house turned out fantastic,” Tarek says on the finale. “If we sell at our list price at $1.9 million, we stand to make a huge profit of $579,000. It’s fitting that our last home together might be our biggest profit to date.

“It sure has been a wild ride.”

Christina gives no clues on the outcome, either. Her parting words convey hope that they “go out with a bang.”

So why did HGTV leave us hanging?

While the answer remains unclear, we decided to do a little sleuthing on the fate of the house. And lo and behold, the listing reveals many juicy details.  Here’s some eye-opening info about Tarek and Christina’s final flip.

They bought the house two years ago

The listing clearly shows that Tarek and Christina bought the battered beach house on Oct. 15, 2020, for $925,000. That was likely back when they were shooting their penultimate season, No. 11.

“Oh my gosh, it’s ugly,” says Tarek when they first go to check it out on their last show, “The Final Flip.”

The single-family dwelling had been made into a duplex, with four bedrooms and three baths, measuring a little over 2,100 square feet.

Tarek and the contractor had agreed that remodeling the house with high-end finishes would cost about $200,000. After factoring in closing and marketing costs, their break-even cost will be about $1,175,000.

Why did Tarek and Christina’s final flip take so long?

The long timeline stemmed from Tarek and Christina’s decision to go all out and make the house a stunner. They planned to expand the loft out onto the adjacent rooftop deck and finish that deck, which put them thousands of dollars over budget, but the ocean views were worth it.

Then they decided for even better ocean views, they’d build a deck on the roof of the third-floor loft.

To do all this, permits were required from the city of Huntington Beach and the California Coastal Commission. And as anyone who’s ever applied for a permit knows, the permitting process can take months.

The city insisted that they bolster the foundation with additional concrete underneath the house. This alone proved to be a complicated, lengthy, and expensive process that cost at least $30,000.

“Sometimes when you spend a lot of money like $30,000, you can’t see where it goes,” says Christina on the show as she examined a gaping 5-foot-deep hole in the floor. “But in this case, you can actually see where it goes. This is huge. This is a big project.”

When did this flip go up for sale?

The listing history reveals that the renovated house finally went on the market in May 2022, with a listing price of $1,899,900—quite a bit over what Tarek had originally anticipated the house would be worth. But then again, the house did end up looking great!

It appears that Christina and Tarek’s willingness to take a risk with the highest of high-end upgrades really paid off!

Also, time was on their side. Housing prices had increased over the two years they worked on the project, and they sold just before the market started to cool off.

It seems that with hundreds of flips under their belts, Christine and Tarek know exactly when to hold ’em and when to fold ’em.

We’ll miss watching them put their heads together—even if they often butted heads.