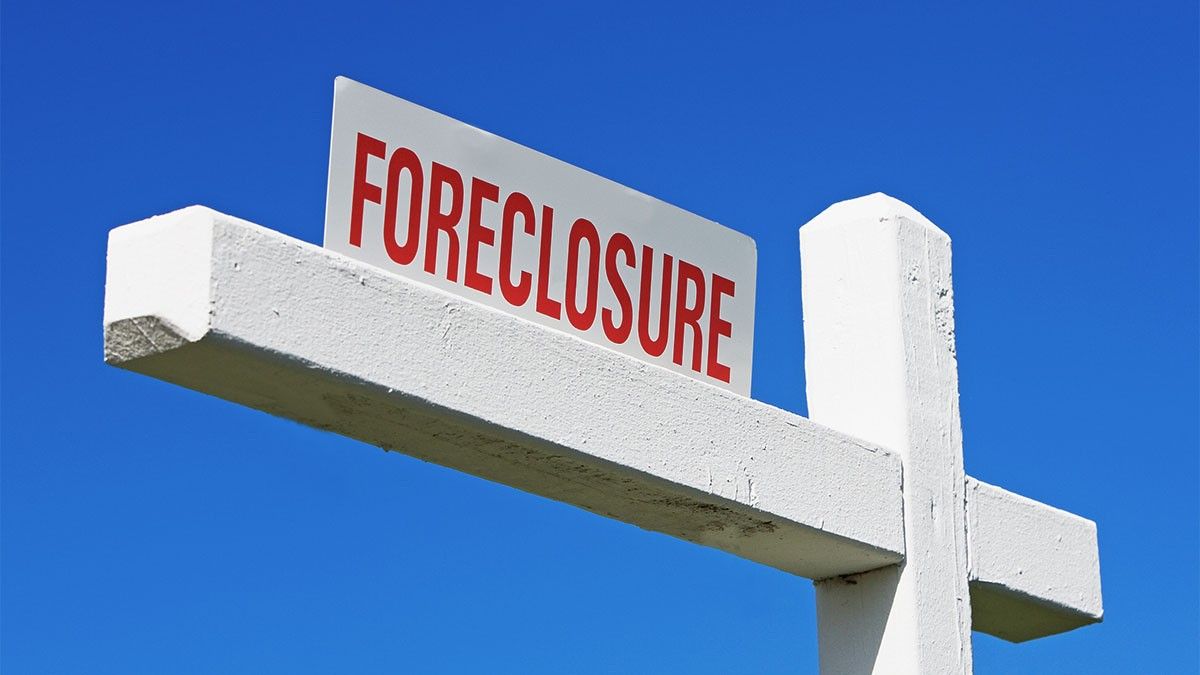 Foreclosures continue to surge, but they aren’t a red flag for the housing market—yet.

In November, 30,677 properties across the nation received some sort of foreclosure filing, such as a notice of default because a homeowner is behind on the mortgage payments or an auction scheduled, according to a recent report from real estate data firm ATTOM. That was up 57% compared with a year ago.

There were 3,770 completed foreclosures during the month, up 64% versus last year.

While such big spikes might seem jarring, it’s not a sign of another foreclosure crisis about to hit. During the COVID-19 pandemic, there were foreclosure moratoriums put in place for those with government-backed mortgages for nearly two years. Many lenders extended these protections to other borrowers as well, to protect homeowners who lost jobs or other income during the pandemic.

The result is a higher number of foreclosure filings now because proceedings are going forward again. But foreclosures are still lower than in the pre-pandemic period.

Rick Sharga, ATTOM executive vice president of market research, says it will take until the middle to late 2023 for foreclosure activity to reach pre-pandemic levels. Even then, it shouldn’t represent a concern for the overall housing market—a big relief for anyone who remembers the foreclosure crisis of a decade ago.

“There’s no doubt that loan quality today is far superior compared to the loans that defaulted and triggered the housing market meltdown and Great Recession,” Sharga says.

In the aftermath of the housing crash, many of the bad loans that ballooned suddenly in size have since been eradicated, and it is now much harder to qualify for a mortgage.

Mortgage delinquencies are still lower than historical averages, the ATTOM report notes, and the job market is still strong.

Another big positive is the record-high level of homeowner equity, currently at $29 trillion. About 93% of borrowers in foreclosure have equity in their homes.

“This is a complete reversal from where things stood in 2008, when 30% of all homeowners—and virtually everyone in foreclosure—were upside down on their loans,” Sharga says.

Equity is important because homeowners who have it have the ability—and the incentive—to refinance into a different mortgage, which might be easier for them to pay. And if they have to sell, they have a shot at walking away with some money, rather than nothing.

ATTOM’s report also notes that foreclosure filings were down 5% compared with October. That month might represent a high point for the year, since lenders often pause foreclosure activities in December for the holiday season.

In November, the states where lenders started the highest number of foreclosure proceedings included California, with 2,244 starts; Texas, with 2,114 starts; Florida, with 1,709 starts; and New York, with 1,575 starts. That’s simply math, Sharga says: Those states have the highest populations.

In contrast, the highest foreclosure rates in November were found in Illinois, Delaware, New Jersey, and South Carolina.

The post Foreclosures Are Surging: Is a Repeat of the Great Recession Looming? appeared first on Real Estate News & Insights | realtor.com®.